The Long Shadow of Korematsu vs. U.S.: Stop Repeating History

Dale Minami is a San Francisco-based lawyer best known for heading the legal team that overturned the conviction of Fred Korematsu, whose defiance of the internment of Japanese Americans during World War II led to Korematsu v. United States, which was one of the worst and most racist Supreme Court decisions in American history. 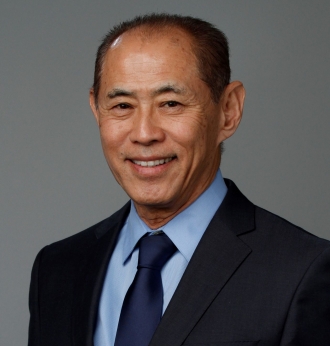 Dale Minami, Senior Counsel of Minami Tamaki LLP, was recently awarded the American Bar Association (ABA) Medal, the association’s highest honor for his career working toward inclusion and civil rights for Asian Americans. It will not be the first ABA award for the attorney, who is also a past recipient of the ABA’s Thurgood Marshall Award and Spirit of Excellence Award.

Dale has been involved in significant litigation involving the civil rights of Asian Pacific Americans and other minorities, such as Korematsu v. United States, a lawsuit to overturn a 40-year-old conviction for refusal to obey exclusion orders aimed at Japanese Americans during World War II, originally upheld by U.S. Supreme Court.

Mr. Minami has been involved in the judicial appointment process and in establishing or influencing public policy and legislation. President Clinton appointed him as Chair of the Civil Liberties Public Education Fund in January 1996. Mr. Minami has served as a member of the California Fair Employment and Housing Commission and has chaired the California Attorney General’s Asian Pacific Advisory Committee, advising the State’s Attorney General on key issues. He has also served as a Commissioner on the State Bar’s Commission on Judicial Nominee’s Evaluation, and on Senator Barbara Boxer’s Judicial Screening Committee, which made recommendations for federal judicial appointments.

Currently, Mr. Minami serves on the advisory boards of the Angel Island Immigration Station Foundation, the Korematsu Institute, the Asian Pacific Fund and Seattle University’s Fred T. Korematsu Center for Law and Equality. He is a founder of the Judge Robert M. Takasugi Fellowship, dedicated to providing stipends to law students who commit to public interest work. He has taught at U.C. Berkeley and Mills College in Oakland and was Co-Executive Producer (with Philip Kan Gotanda) of “Drinking Tea” and “Life Tastes Good”, both of which were screened at the Sundance Film Festival.