Gather with a cold beer, a glass of good wine and pizza. Learn about the candidate's positions and how they will address county issues.

Join MCBA at the lovely Loch Lomond Yacht Club to increase your civic knowledge of the Candidates running for Marin County Supervisor in District 1 and District 5.

Hear the candidates' views on issues important to Marin County, such as the economic recovery, the homelessness crisis, climate change, and racial justice.

No CLE will be provided.

Registration Fees: $20 for Early Bird (extended to FRIDAY May 13); then $25. Registration closes on Monday, May 16th.

Photographs and/or video will be taken at this event. By taking part in this event, you consent to having your image captured by official photographers and videographers for the Marin County Bar Association (MCBA). You also grant the MCBA full rights to use the resulting images for publicity or other purposes to help promote the MCBA, without any compensation to you. This might include (but is not limited to), the right to use images in the MCBA’s printed and online publicity, website, social media, and press releases. If you do not wish to be photographed at this event, please inform an MCBA event organizer.

If you wish to be removed from the MCBA distribution list, please send your request to: events@marinbar.org

Early Bird extended to Friday, May 13 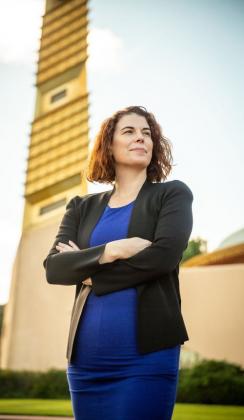 I serve as the California School Boards Association Delegate Assembly representative for Marin County, which allows me to advocate for all students in Marin County. Previously, I served in leadership positions with the Terra Linda Homeowners’ Association, including President for several years. I led their engagement with the San Rafael General Plan Update, provided a forum for the membership to hear important community updates and connected members with City staff. San Rafael Mayor Gary Phillips appointed me to the Wildfire Prevention Committee. I looked for solutions to enable residents to comply with the new Firesafe requirements and directed the City to prioritize resources to residents on limited incomes.

As the elected Chair of the Association of Public and Land-Grant Universities (APLU), I advocated for all public universities in the United States. I developed strategies for increasing investment in public education and partnered with student groups, industry and nonprofits to achieve our
policy goals. 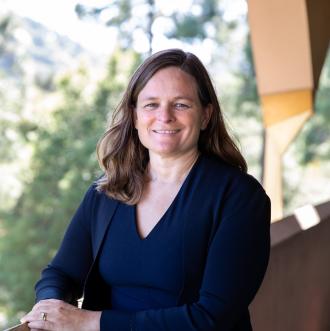 Public Service in the County: In 2017, Mary transitioned to a position as a top aide to Supervisor Damon Connolly, representing San Rafael-centered District 1. In this role, she’s become a go-to expert on environmental protection policies, transportation agencies, housing laws, and open space and recreational amenities in the County. She is the Chair of the Drawdown: Marin Equity Task Force, focused on addressing and connecting climate change and equity.

Her work for the Board of Supervisors has been noticed by her peers. She earned a Marin School of Environmental Leadership “Vision Into Action” Award for mentoring students at a local public high school environmental program, and she received an award for excellence as a distinguished Public Information Officer during the COVID-19 pandemic from the County of Marin.

Almost no one knows District 1 better. Mary knows every neighborhood and virtually every concern that San Rafael neighbors have brought before the Board of Supervisors. From getting meals delivered to vulnerable residents during the pandemic to addressing neighbor concerns about street sweeping to conferring with neighborhoods on evacuation routes in case of an emergency, and every conceivable issue in between, Mary is working for Marin. 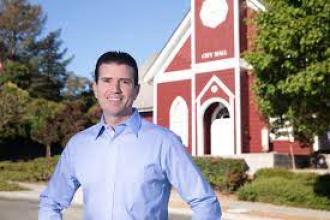 Eric Lucan, current Mayor of the City of Novato, has a strong track record in elected office, community service, and business. He is a known local leader who is passionate about helping kids and seniors, protecting our environment, and giving our workers, students and small businesses a chance to succeed in a changing economy. He listens to constituents, develops creative solutions, and stays focused on achieving real, measurable results.

During his time on the City Council, Novato has erased a multi-million dollar budget deficit, passed a measure to phase out Styrofoam, and protected and enhanced parkland and open spaces. Eric has also been a leader on regional issues, serving as a board member of the Sonoma-Marin Area Rail Transit (SMART), the Transportation Authority of Marin (TAM), and Marin Transit.

Eric is a strong believer in community service and has given much of his time to serving as a youth director to middle school and high school students. He has also volunteered with the Novato Police Department, served as a board member for the Marin School of the Arts and the Novato Financing Authority, chaired the Recreation, Cultural, and Community Services Commission for the City of Novato, and led highly successful fundraising drives for local parks and community projects. Kevin was born and raised in Marin. He reflects our strong sense of community and progressive values.

His dad, Ken, was shop foreman at the Novato Advance. A proud union member, Ken served at Hamilton during WWII and was a founding member of Novato’s VFW post.

His mom, Anna, was raised on the Paladini ranch on Wilson Avenue. Anna was a founding parishioner at Our Lady of Loretto and long-time volunteer at the Novato History Museum.

Growing up during the Baby Boom, Kevin rode through our neighborhoods on his Sting-Ray bike. His first “real job” at Mike’s Liquors taught him the importance of hometown business. Much later, consulting with global companies like Apple, American Express, and Paramount, he would meld small-town values with the larger corporate and non-profit advocacy world.

Working on an Obama campaign spot in 2008, Kevin nurtured his passion for positive change through progressive Democratic activism. He was inspired to refocus his consulting on ambitious global institutions like Stanford University and effective local organizations like Multicultural Center of Marin.

Kevin continues to seek new ways to make a difference. In 2021, when he received the “Green Ring” from former Vice President Al Gore and joined the Leadership Corps of Climate Reality Project, Kevin took the former VP’s words as a personal call to action: “The tide is turning, thanks to dedicated activists speaking truth to power every day.” Kevin lives in downtown Novato with his wife, Michelle, and their much-loved rescue dog, Roxie. 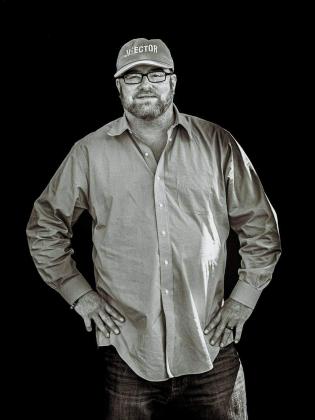 My platform is social justice, social equity, housing for all, climate control and Yes on California Bill AB 1185 with subpoena power.

I feel that living a good productive life and then becoming homeless for the last 10 years has given me perspective and experience that is so desperately needed on the Board of Supervisors.

As Supervisor, I will bring oversight, transparency, diversity and accountability to the table. I want to be the Supervisor that says, " We need to do this because it's the right thing to do". And then go ahead and get it done! My Name is Colin Medalie. I need your help to stop out of control County Government that no longer works for ordinary citizens.

We have an explosion of homelessness impacting our parks and public spaces. Our Supervisors have abdicated their responsibility, despite access to significant government funding.

A revolving door of violent career criminals impacts our quality of life. More robberies, more car theft, more home invasions than ever before.

Control over local development has been ripped from us, yet the same supervisors who voice their opposition to forced development, take donations and endorsements from Sacramento lawmakers and entrenched interests mandating absurdly high housing quotas. We need Term Limits.

County Projects continually exceed their budgets. Our supervisors are quick to rubber stamp budget overruns without question, rather than hold contractors to their original bids.

Our first responders are under-funded and overburdened.

No longer will we tolerate dysfunctional government that abuses citizens and our taxes.

I am a 17 year law enforcement veteran who has run a successful business. I know the value of long hours and hard work. I am the new blood that supports the hard-working men and women of Novato.