Immigration and the Criminal Justice System 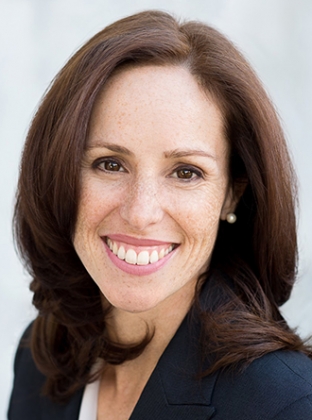 In April 2018, the Trump administration announced a “zero tolerance” policy at the southern border. Everyone who crossed illegally was to be criminally prosecuted, including parents and children. Parents were sent to jail to await court proceedings while their children were deemed “unaccompanied minors” and sent to separate facilities. Between May 7 and June 20, when the President signed an executive order ending his administration’s practice, more than 2,300 families were separated.

The policy set off protests across the country. Here in Marin, I attended a vigil at the Marin Civic Center with approximately 700 concerned residents. Even though Marin is more than 500 miles from the Mexican border, the administration’s policies have a significant local impact.

The Migration Policy Institute estimates that Marin has about 16,000 undocumented immigrants, approximately 6% of the total population. According to a 2014 report by the Pew Research Center, Marin has 41,627 Latinos, accounting for about 16% of the total population. Increased immigration enforcement in Marin has resulted in families torn apart by deportation, widespread anxiety, and distrust of government institutions.

Increasingly, our local criminal justice system has become the primary gateway to federal immigration enforcement. As a result, it is important to look at the roles that local sheriffs and district attorneys play in the current immigration landscape.

The Role of the Sheriff

Immigration and Customs Enforcement (ICE) commonly arrests undocumented individuals in many different contexts - at homes early in the morning; when parents are dropping children off at school; at work. But most frequently, ICE uses the local jails.

When someone is arrested and brought to the county jail, their fingerprints are sent to the FBI and ICE as a routine part of the booking process. If ICE determines that an arrestee is a priority for deportation, ICE may request that the sheriff provide the date that the individual will be released from custody so that ICE can make an arrest.

SB 54, the California Sanctuary State law that went into effect in January 2018, prohibits local law enforcement from providing release dates to ICE. There are two exceptions: first, in cases where the inmate is convicted of or on trial for a serious crime, and second, if the sheriff’s office had a practice of making release dates available to the public for all inmates.

Sheriffs around the state vary in their approach to the law. In San Francisco and Sonoma Counties, the sheriffs provide release dates only in cases of serious crimes. On the other end of the spectrum, Marin County’s Sheriff provides ICE with release dates regardless of the type of crime alleged, including minor offenses. According to the San Francisco Chronicle, in the first four months of 2018, Marin’s Sheriff provided ICE with release dates 90% of the time, compared to 42% in San Diego County, and 29% in Alameda.

After SB 54 went into effect, Marin’s Sheriff changed his policy to publish release dates for all inmates on the Marin County Booking Log website. This means that ICE has access to anyone who comes through the jail, regardless of the seriousness of the underlying offense.

The Marin Sheriff’s policy creates a situation where anyone who comes into contact with the criminal justice system is at risk for deportation. In an amicus brief filed by Marin and other California counties defending SB54 from a federal challenge, the local governments explained the problem this creates for community safety:

“If immigrants fear that any interaction with the police may lead to deportation for themselves or a loved one, they will not willingly assist law enforcement, and public safety will suffer....Trust between law enforcement and the communities they are sworn to protect is weakened when peace officers are viewed as de facto immigration enforcers.”

Consider this actual case. A 50-year-old Guatemalan construction worker has been living in Marin undocumented for 20 years. He has a wife and two grown children. He strained his back while working but cannot afford to take time off from work or to pay for health care.

A friend of his tells him that marijuana can help relax his back, and he decides to try it. His friend takes him behind the Home Depot in San Rafael where a man he has never seen before sells him marijuana. Soon after smoking, he begins to hallucinate, runs dangerously out into the parking lot, and crawls under a car, yelling and refusing to come out. The friend alerts the man’s son who, afraid for his father’s safety, calls the police.

The police took the man to jail. Ultimately, he was released with a citation instead of facing criminal charges. He was fortunate. Under the Sheriff’s current policy, a man’s misguided yet earnest attempt to treat his back pain could have had catastrophic consequences -- expulsion from his home, loss of his career, and separation from his family.

The Role of the District Attorney

Although the Sheriff decides whether and how ICE accesses the jail, prosecutors also have an important role to play. Prosecutors can use the tools at their disposal to rebuild trust in the community.

For one, prosecutors should carefully consider the consequences of deportation in negotiating plea agreements. The United States Constitution requires that defense attorneys inform their clients whether their plea carries a risk of deportation. Padilla v. Kentucky, 559 U.S. 356 (2010). For prosecutors, California Penal Code section 1016.3 requires them to consider the immigration consequences of a plea deal as one aspect in reaching a just resolution.

Certain offenses carry a greater risk of deportation than others. When prosecutors push through plea bargains without taking into account the immigration consequences, they put the defendant at risk for future deportation. This can lead to particularly troubling results when a non-citizen defendant is only convicted of a minor crime. A United States citizen, accepting a plea bargain for a minor crime under the same terms and conditions, would not have to risk losing their home and being separated from their family. Prosecutors should strive to avoid these inequities and ensure that deportation does not become an inadvertent consequence of a plea bargain for a minor offense.

Second, prosecutors should support pre-arrest or pre-plea diversion programs for low-level offenses. Diversion programs are alternatives to the traditional criminal justice system that focus on addressing the root causes of crime and holding the offender accountable to the community. They are typically used for minor, “quality of life” crimes, such as driving without a license or possessing a small amount of drugs. Diversion programs promote public safety by requiring offenders to complete community service, attend counseling or substance abuse treatment, or pay to repair the damage caused by their offense. They also save taxpayer money by reducing reliance on incarceration and reducing recidivism.

However, many diversion programs require a guilty plea that could serve as ground for future deportation. Pre-plea and pre-arrest programs can provide the same benefits as diversion without the unintended immigration consequences.

Although immigration is technically a federal issue, the local criminal justice system plays an important role. As the Supreme Court recognized, deportation is an extremely harsh consequence. It affects both the offender and innocent family members left behind. When even a minor encounter with law enforcement results in a risk of deportation, it weakens public safety, trust in law enforcement, and the integrity of the justice system. Sheriffs and prosecutors in Marin and across the country should adopt policies that recognize the impact of deportation, rebuild trust, and promote safety and justice for all.

Anna Pletcher is a former federal prosecutor and Assistant Chief of the United States Department of Justice, Antitrust Division. She currently teaches at Berkeley Law and serves on the Board of the Marin County Bar Association and as the Treasurer for the Federal Bar Association, Criminal Section. Ms. Pletcher is a candidate for Marin County District Attorney in the 2018 election. She was also an attorney coach for this year’s San Rafael High Mock Trial team. [Editor’s note: the MCBA does not endorse candidates and its publication of Ms. Pletcher’s article does not constitute an endorsement.]