Martin v. Boise: Not a Case to Sleep Through 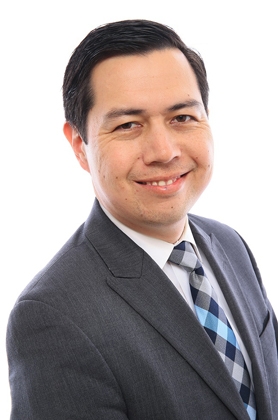 The Ninth Circuit has again sent ripples across the legal landscape, this time through the crossroads of criminal justice and homelessness policy with its decision in Martin v. City of Boise (9th Cir. 2018) No. 15-35845. In Martin v. Boise, a group of homeless individuals filed a 42 U.S.C. section 1983 action against the city of Boise accusing the city of violating their civil rights. Plaintiffs alleged that the city of Boise violated their rights by criminalizing "camping" and "trespassing" on public property. According to the appellate record, Boise enforced these ordinances against homeless people essentially for sleeping on public property.

The Ninth Circuit held that, "[T]he Eighth Amendment’s prohibition on cruel and unusual punishment bars a city from prosecuting people criminally for sleeping outside on public property when those people have no home or other shelter to go to." While Boise has homeless shelters, the court indicated that there were numerous reasons why plaintiffs could be barred from entry aside from capacity, specifically if plaintiffs refused to engage in a faith-based curriculum, exceeded limits on the number of days allowed, or left a program prematurely. The court reasoned that punishing basic behavior associated with being human, such as "sleeping" done in public without alternatives, is not punishing conduct but rather punishing the status of being poor, which has previously been held to be unconstitutional.

The tentacles of Martin v. Boise are far reaching. In California, an analogous statute to those at issue in Boise is Penal Code section 647(e), which makes it a misdemeanor to "[lodge] in any building, structure, vehicle, or place, whether public or private, without the permission of the owner or person entitled to the possession or in control of it." Numerous local laws could also be affected, such as Novato Municipal Code section 14-20 and San Rafael Municipal Code section 8.10.090(d), which both bar 'camping' and attendant conduct in similar ways to Boise.

The Martin court took great pains to emphasize the limits of its ruling, even expressly stating, "Our holding is a narrow one." Yet legal observers may be left paraphrasing Queen Gertrude in Hamlet, “The Ninth Circuit doth protest too much.” The potential fallout of its ruling was understood by the court, which in cautious language stated, “[W]e in no way dictate to the City that it must provide sufficient shelter for the homeless...." However, its ruling inevitably leads to the conclusion that sufficient shelter is a necessary precondition to a municipality using criminal sanctions against the homeless sleeping on public property.

It is also not hard to predict the expansion of Martin v. Boise. While the ruling applied specifically to "sleeping," the court’s language encompasses all conduct which is a "universal and unavoidable consequences of being human." Other unavoidable consequences of being human are generally frowned upon or are illegal when done in public: relieving oneself; warming oneself, perhaps by fire; or accruing property and shelter in order to survive through a winter.

The court indicated that there could be reasonable restrictions on camping, and city attorneys would be well advised to review their municipal codes and advise their police departments on proper enforcement procedures or risk a section 1983 lawsuit, with attendant damages and attorney's fees. However, it would be a huge mistake to view Martin v. Boise as simply a mandate to narrow the scope of public camping laws. The clear import of the ruling is that traditional criminalization and law enforcement cannot be the primary method of 'dealing' with everyday conduct by a human being who is homeless.

A.J. Brady is a Deputy District Attorney with the County of Marin. He has worked extensively in the crossroads of homelessness, mental health, and criminal justice. The views expressed are his own.