Bucking the Conventional Wisdom on Arbitration 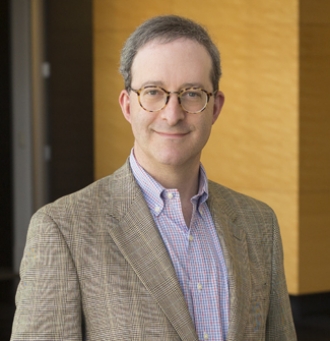 I come at arbitration from the perspective of someone who works as outside counsel at a large firm. In that connection, I have recently worked on arbitrations involving (or purporting to involve) a professional association asserting claims on behalf of its members against a health plan and complex international patent claims between two large companies.

From that perspective, I’ve often heard what “they” say about arbitration. The conventional wisdom is that arbitration is usually a great idea and a boon for companies: it is purportedly faster and cheaper than litigation, providing plaintiffs with less opportunity to obtain burdensome discovery, and narrows or limits lengthy and costly appeals. As a result, outside counsel and in-house counsel often recommend and draft arbitration clauses for both commercial and consumer contracts.

It turns out that the conventional wisdom, even for corporate defendants, is often wrong. Let’s explore some of the major reasons why you should think twice (or thrice) before insisting on an arbitration provision, especially in connection with commercial disputes.

Arbitration often isn’t faster or cheaper. There are a number of reasons why arbitration often is not more efficient. Frequently, there are preliminary fights about arbitrability itself, which can take time to resolve. Moreover, even with well-drafted arbitration provisions, it can take time to agree on an arbitrator or a panel of arbitrators. Sometimes after you’ve agreed on an arbitrator or arbitrators, you have to go back to square one because of scheduling issues or legal conflicts. Furthermore, once you have your arbitrator(s) in place, they often need and get leisurely briefing schedules — ostensibly because they are working on other matters and need the slower pace so that they can get up to speed on the issues. Sometimes, arbitrators ask for multiple rounds of briefing on issues — something a court is less likely to do.

And there is another reason why arbitration is often not faster or cheaper: private arbitrators, typically paid by the hour, have an economic incentive to keep cases percolating. Of course, this is not to say that arbitrators are consciously dragging their feet or padding their bills. But the compensation structure of the industry can indirectly incentivize them not to make abrupt or early decisions, just as brokers who are compensated through commissions on trades may have an incentive to engage in trading in their clients’ accounts.

Early resolution is less likely. As a result of some of the above considerations, it is fairly rare to secure an early dismissal of a matter in arbitration. Sometimes an arbitrator will be willing to dismiss a claim or two, but it is unusual to succeed at arbitration’s equivalent of a motion to dismiss. Corporate defendants are often surprised by this fact.

Limited discovery is not necessarily in a party’s best interests. At first blush, companies are often excited by the relatively limited window for discovery provided in most arbitrations. That is particularly true of non-U.S. companies that are unfamiliar with, or wary of, the more expansive discovery typically available in U.S. court proceedings. However, arbitration’s narrower scope of discovery is not always your friend. In particular, arbitrators are often reluctant to allow third-party discovery, even when it is permitted by the applicable rules. It is not uncommon for parties to arbitration to find that they need some information that they cannot obtain, but which they could have obtained through a court’s subpoena power. Think carefully about whether you might need third-party information.

On average, the quality of arbitration opinions is not as high as the quality of judicial opinions. Having arbitrated complex cases, including before panels of highly qualified and well-respected arbitrators, my personal opinion is that arbitration opinions are, on average, lower quality than judicial opinions. (Of course there are exceptions to this general observation.) Arbitrators — even those who are highly sought-after — typically don’t have law clerks to assist them. Since their decisions are rarely subject to appeal (see below), they have less incentive to cross the T’s and dot the I’s. As a result, their decisions often contain boilerplate statements or passages, reflect perfunctory reasoning, and can be rife with factual and legal errors as well as typos. It is somewhat ironic that, priding ourselves on the rule of law and the case system, and having spent centuries building up a respected and independent judiciary, companies nevertheless expect that they are going to get higher quality results through a private system. I suggest that, more often than not, such is not the case.

Arbitration’s limitations can be particularly apparent in complex commercial disputes. I am not hostile to all arbitrations. Consumer and employee disputes may make sense to arbitrate. The stakes are often relatively low and the costs of arbitration may indeed be lower than the costs of court litigation. That is especially true if your arbitration clause prohibits class arbitrations (as it may permissibly do). However, arbitrations involving complex disputes between companies frequently encounter the various limitations or difficulties mentioned above. My bottom-line suggestion: the next time you hear the conventional wisdom that arbitration is preferable, think very carefully before you agree.

Howard M. Ullman is Of Counsel with Orrick, Herrington & Sutcliffe LLP in San Francisco, where he focuses his practice on antitrust and competition law issues both in litigation as well as in counseling companies as to product distribution, pricing, and competitor collaborations. You can reach him at hullman@orrick.com.