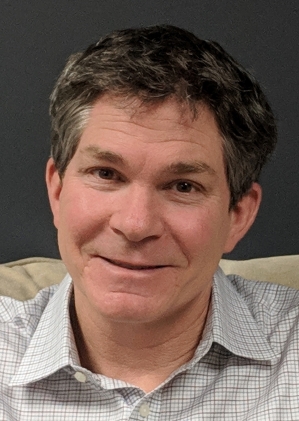 Legal Aid of Marin and MCBA hosted the 2019 Pro Bono Appreciation Awards lunch on Wednesday, March 28 at MCBA’s favorite lunchtime haunt, the McInnis Park Club Restaurant. More than one hundred turned out as the skies cleared momentarily. Scattered showers of bar members and Legal Aid staff mixed it up with sprinklings of local dignitaries, judges, and honorees. The occasion: to celebrate the generosity and hard work of this year’s recipients of the Wiley W. Manuel Award—awarded to attorneys and community volunteers who have donated 50 hours or more of their time to pro bono work for underserved communities through the offices of Legal Aid of Marin.

Legal Aid of Marin Executive Director, Stephanie Haffner greeted guests and thanked the sponsors before Jonathan Gertler, President of the Board of Directors of Legal Aid, started the party rolling with some opening remarks. Then Laurie Joyce, Pro Bono Director for Legal Aid, did a fabulous job of welcoming and honoring the award winners. Topping the list were Makenzie Dunckel (330 hours) and Zack Garrison (267 hours). Makenzie and Zack both are law students who dedicated their summers to helping with labor law and housing rights claims. Other award winners included Christine Mullen (167 hours), who brought her property management and administrative skills to bear on whatever needed to be done at Legal Aid; Andrew Johnson (120 hours), who brought both accounting and legal skills to bear on helping with development work, while studying for the Bar; Karen Karlow (88 hours), who has staffed Legal Aid’s unlawful detainer walk-in clinic for the past five years; Sahar Priano (66 hours), who transitioned straight from her studies at UC Berkeley to help with client intake for low-wage workers at Legal Aid’s worker’s rights clinic; and Robert Harris (57 hours), who has devoted time one Thursday a month, year after year, for longer than anyone at Legal Aid could recall, to do the exit interviews for the Marin Community Court and intake interviews at the Legal Aid offices. He provided the best quotes of the afternoon:


Laurie also called out Robert Harrison of Keegan Harrison LLP for special recognition. Rob has volunteered at the Whistlestop senior center one afternoon per month for the past 13 years. Last December, he passed on his volunteer spot to an associate of his firm to keep up his good work.
Family Law Heroes Michael Samuels and Birgit de Frondeville also received special recognition for their volunteer work.

Judge Beverly Wood who has devoted years of service to Marin Community Court introduced honoree Judge Paul Haakenson who was recognized for his commitment and service to the Unlawful Detainer Mandatory Settlement Conferences. As the keynote speaker, Judge Haakenson never disappoints in his public speaking. This time, there were no SNL-worthy videos or “Top 10 lists.” Instead, he gave a memorable and moving speech about times from his own career as a lawyer, and from his own time on the bench, when he has seen the importance of community service and pro bono work. Judge Haakenson reminded us that Marin has developed a statewide reputation for the generous volunteer work provided to the Courts and the community. He also reminded us that work that might seem to judges or lawyers as just another day at the office can have a profound impact on someone’s life.

While the satisfaction of helping others should be its own reward, a good time was had by all in thanking the award recipients and the many others who have given their time over the past year to Legal Aid of Marin and other worthy pro bono efforts. The food was pretty tasty too.

EVENT PHOTOS
J. Timothy Nardell is a partner with Nardell, Chitsaz & Associates LLP in San Rafael. He has a broad civil litigation and business practice, including extensive experience in commercial and business disputes, real estate matters, defending and prosecuting claims involving unfair business practices, and class action cases. He is the current Treasurer for the Marin County Bar Association.