Linking to Content Online: Could Your Link Violate the Copyright Act? 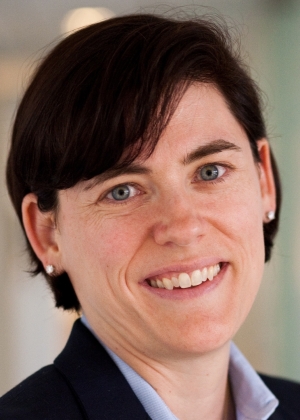 The internet is awash in images. Many people who post an image online have not received permission to reproduce or display it. If you use an “in-line link” to an infringing image posted by someone else, are you liable for direct copyright infringement? The Ninth Circuit has said no, but a decision in New York threatens well-established practices for sharing content online.

The Copyright Act prohibits a person from reproducing, distributing, or publicly displaying a copyrighted work without permission (subject to certain exceptions). That means you may be committing copyright infringement if you post an image (or any other type of work) you did not create. But what if instead of posting an infringing image directly, you link to it, either by hyperlink or in-line link? The Ninth Circuit held over a decade ago that hyperlinking or in-line linking (which causes an image hosted elsewhere to appear within the linker’s own website) do not give rise to direct liability for copyright infringement (though it noted in dicta that hyperlinking could give rise to liability for contributory infringement under appropriate circumstances). A recent decision from the Southern District of New York takes the contrary view, upending expectations for sharing content online.

In 2007, the Ninth Circuit issued an opinion with significant implications for users of content on the internet in Perfect 10, Inc. v. Amazon.com, Inc., (9th Cir. 2007) 508 F.3d 1146. In pertinent part, the court interpreted the scope of the display right as applied to the Google search engine’s practice of returning image search results in the form of “in-line links” to content stored on third-party websites.

The “Image Search” function of Google’s search engine returns search results as a page of thumbnail images. When a user clicks on a thumbnail image from this search results page, Google directs the user’s browser to split its viewer horizontally into two frames. See the example in the photo, which is a result from a search for “Billie Jean King,” the iconic tennis player and civil rights activist. The upper frame contains header information from Google, as well as the thumbnail image upon which the user clicked. The lower frame directs the user’s browser to connect with the third-party website that stores the requested image and to display the full-size image of the thumbnail. This process of displaying the image from the third-party website, framed by Google’s website, is referred to as “in-line linking.” Google does not store the images that fill the lower frame on its own servers. Rather, Google merely provides the user’s browser with HTML instructions to download the third-party website in the lower frame.

Perfect 10 sued Google (and Amazon, which provided in-line links to Google’s search results), seeking, in pertinent part, to enjoin Google from publicly displaying Perfect 10’s images by means of in-line linking to content stored on infringing third-party servers. In ruling in Google’s favor, the district court adopted an approach it dubbed the “sever test”: specifically, that the one who stores content on a server, and then serves content over the web – i.e., physically sends ones and zeroes to the user’s browser – is the one who displays it. Perfect 10 v. Google, Inc., (C.D. Cal. 2006) 416 F.Supp.2d 828, 839. Perfect 10 appealed.

The Ninth Circuit had not previously addressed the issue of when a computer “displays” a work in violation of the Copyright Act. The court reasoned that the Copyright Act defines “display” to mean “to show a copy of [a work], either directly or by means of a film, slide, television image, or any other device or process” and that a “copy” means “material objects…in which a work is fixed[.]”Perfect 10, 508 F.3d at 1160. A copy of a work is “‘fixed’ in a tangible medium of expression when its embodiment…is sufficiently permanent or stable to permit it to be perceived, reproduced, or otherwise communicated for a period of more than a transitory duration.’” Id. The court concluded that “[a] photographic image is a work that is ‘fixed in a tangible medium of expression,’ for purposes of the Copyright Act, when embodied (i.e., stored) in a computer’s server (or hard disk, or other storage device). The image stored in the computer is the ‘copy’ of the work for purposes of copyright law.” Id. Thus, the Ninth Circuit held that, based on the plain language of the Copyright Act, “a person displays a photographic image by using a computer to fill a computer screen with a copy of the photographic image fixed in the computer’s memory.” Id.

Based on this interpretation of the Copyright Act, the court then applied the district court’s “server test” to determine if Google’s in-line linking to full-size images on third-party websites directly infringed Perfect 10’s exclusive right to publicly display its images. Google’s servers did not store a copy of the full-size images; rather, Google merely provided the user with HTML instructions that pointed the user’s browser to images stored on third-party websites. The Ninth Circuit upheld the district court’s finding that Perfect 10 was not likely to succeed in its claim that this in-line linking constituted a “display” under section 106(5) of the Copyright Act. Although in-line linking facilitated access to infringing images, which may implicate contributory liability issues, the Ninth Circuit held that such assistance did not constitute direct infringement.

In the wake of Perfect 10, it became a common practice for those sharing content on the internet to do so by means of in-line linking rather than hyperlink. The Southern District of New York, however, challenged the Ninth Circuit’s interpretation of the Copyright Act, and the validity of the “server test,” in its recent opinion in Goldman v. Breitbart, (S.D.N.Y 2018) 302 F.Supp.3d 585. Goldman involved a viral photograph of the athlete Tom Brady that several users shared via tweet. Breitbart News Network and other news organizations “embedded” the tweets in articles published on their websites. Embedding a tweet creates an in-line link to the third-party website hosting the content, just as Google image search results did.

Breitbart and the other defendants urged the court to adopt the Ninth Circuit’s “server test” and find that the embedding of tweets did not violate the plaintiff’s display right. The Southern District acknowledged that in view of Perfect 10, the server test is “settled law” in the Ninth Circuit, “at least as regards a search engine.” Goldman, 302 F.Supp.3d at 590-91. However, it also noted that “[e]ven a quick survey reveals that the case law in this area is somewhat scattered.” Id. at 591. The court found only three decisions outside the Ninth Circuit considering the display right in light of Perfect 10: one in the context of contributory, rather than direct, liability; one that merely noted the existence of Perfect 10; and one that rejected Perfect 10’s analysis.

The court proceeded to conduct its own analysis of the “server test” in view of the plain language of the Copyright Act, its legislative history, and subsequent Supreme Court jurisprudence. The court found no support in the plain language of the statute for the Ninth Circuit’s conclusion that “possession of an image is necessary to display it.” Goldman, 302 F.Supp.3d at 593. To “display a work publicly means to ‘to transmit…a…display of the work…by means of any device or process.’ 17 U.S.C. §101. To transmit a display is to ‘communicate it by any device or process whereby images or sounds are received beyond the place from which they are sent.’” Goldman, 302 F.Supp.3d at 593 (emphases and ellipses in original). The court found this language “plainly drafted with the intent to sweep broadly,” and concluded that “each and every defendant itself took active steps to put a process in place that resulted in a transmission of the photos so that they could be visibly shown….The Copyright Act requires no more.” Id. at 593-94. The court went on to reason that “the Copyright Act’s authors intended to include ‘each and every method by which images…comprising a…display are picked up and conveyed;’ moreover they went as far as to note that an infringement of the display right could occur ‘if the image were transmitted by any method (…for example, by a computer system) from one place to members of the public elsewhere.’” Id. at 594. Finally, the court found persuasive the Supreme Court’s opinion in Aereo, which “eschewed the notion that Aereo should be absolved of liability based upon purely technical distinctions—in the end, Aereo was held to have transmitted the performances, despite its argument that it was the user clicking a button, and not any volitional act of Aereo itself, that did the performing.”1 Id. at 594.

The court thus explicitly rejected the “server test,” finding that it was “neither appropriate to the specific facts of this case, nor…adequately grounded in the text of the Copyright Act,” and granted partial summary judgment to the plaintiff. Id. at 596. The court subsequently granted a request to certify the opinion for interlocutory appeal, but the Second Circuit declined to accept it. The plaintiff has dismissed claims against some defendants, but continues to litigate against others.

1 In Aereo, the Supreme Court held that the retransmission, via the internet, of over-the-air television programming, violated the plaintiffs’ public performance rights. American Broacasting Cos, Inc. v. Aereo, Inc., 573 U.S. __, 134 S.Ct. 2498 (2014).
Ms. Gray focuses her practice on intellectual property (including copyrights, trademarks and trade secrets) and commercial litigation, prosecution and counseling. She has managed complex cases in all phases of litigation, from prelitigation counseling through appellate review. Ms. Gray is the current Vice President and President-Elect of the Copyright Society of the U.S.A. She authors the copyright and trademark blog Shades of Gray®, www.shadesofgraylaw.com.