Supreme Uncertainty for LGBTQ Rights: A Look at the Three Title VII Cases Pending Before the High Court 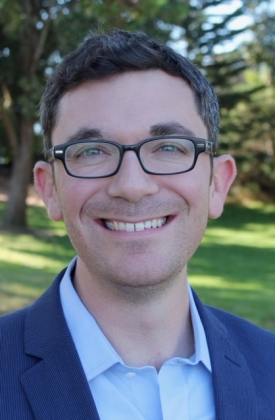 Title VII of the Civil Rights Act of 1964 bans employment discrimination “because of sex.” Courts’ interpretation of this language has evolved to prohibit discrimination in hiring and promotion, sexual harassment, employment decisions motivated by sex stereotypes, and same-sex harassment.1 Since 2000, multiple courts (including the Ninth Circuit) have interpreted Title VII to also prohibit discrimination based on gender identity, including nonconformity with gender norms and transgender status. More recently, the Second and Seventh Circuits interpreted the statute to prohibit discrimination because of sexual orientation. These courts’ enforcement of Title VII protections have afforded lesbian, gay, bisexual, transgender and queer (LGBTQ) employees greater workplace protections in some parts of the country, approaching those of their straight, cisgender colleagues.

Yet these moderate advances could be taken away shortly, as the U.S. Supreme Court is poised to hear a trio of cases presenting the question of whether Title VII’s prohibition of discrimination “because of sex” includes discrimination on the basis of sexual orientation and gender identity. After months of waiting, the Court granted petitions for certiorari in Altitude Express, Inc. v. Zarda (17-1623), Bostock v. Clayton County, Georgia (17-1618), and R.G. & G.R. Harris Funeral Homes, Inc. v. E.E.O.C. (18-107). These cases could have a significant impact on LGBTQ workers’ rights under federal law.

In Zarda, the Second Circuit, sitting en banc, became the second appellate court in the nation (after the Seventh Circuit in Hively v. Ivy Tech Community College) to hold that “sex,” as it is used in Title VII, includes sexual orientation.2 Donald Zarda was a sky diving instructor whose employer, Altitude Express, fired him after he reassured a female client not to worry about being strapped to him for a jump because he was gay “and ha[d] an ex-husband to prove it.” She later told her boyfriend about the comment and accused Zarda of inappropriately touching her, which Zarda denied. The boyfriend relayed her complaints to Zarda’s supervisor, who terminated his employment. Zarda claimed that he was fired for being gay and not the alleged touching.

Conversely, in Bostock, an Eleventh Circuit panel issued a short per curiam opinion affirming the district court’s dismissal of Gerald Lynn Bostock’s Title VII sex discrimination complaint.3 Bostock was a ten-year court-appointed advocate at the Clayton County juvenile court who endured ridicule and disparaging remarks at work after he mentioned that he participated in a gay softball league. Bostock was terminated three months later. In his pro se complaint, Bostock alleged Title VII sex discrimination because of his sexual orientation. The court dismissed the complaint.

Bostock appealed with counsel, but the Eleventh Circuit panel affirmed, citing precedent that Title VII did not prohibit sexual orientation discrimination.4 The court denied Bostock’s petition for en banc review of the decision.5 Bostock subsequently appealed to the Supreme Court.

In Harris Funeral Homes, the Sixth Circuit ruled in favor of a transgender woman alleging sex discrimination under Title VII. Aimee Stephens worked for almost six years as a funeral home director, but she was fired after she transitioned at work and asked to wear the female attire authorized by her workplace dress code. After Stephens filed an administrative charge, the EEOC took her case and initiated a Title VII action against the funeral home.

Zarda and Bostock evidence the current circuit split over the question of whether Title VII prohibits discrimination based on sexual orientation. However, there is no circuit split with regard to gender identity, as presented by Harris Funeral Homes. At least five circuits have held that transgender status discrimination is unlawful sex discrimination; none have held to the contrary. In granting certiorari in all three cases, the Supreme Court is taking on one of the most critical issues facing the LGBTQ community: whether federal law protects employees’ right to express their identity in the workplace without reprisal or harassment.

These decisions could also reach far beyond the LGBTQ community. In Harris Funeral Homes, the Court restated the question on appeal as "whether Title VII prohibits discrimination against transgender people based on (1) their status as transgender or (2) sex stereotyping under Price Waterhouse v. Hopkins.” The “or” is important, and civil rights advocates fear that an answer in the negative to the second question could upend decades of case law protecting all women from discrimination because of a failure to conform to female stereotypes.

The Court consolidated Zarda and Bostock and placed all three cases on the same briefing schedule. Briefing will be complete in August; oral argument has not been set. The Court’s decisions could come in the midst of the 2020 presidential election. Their outcome likely will thrust the Equality Act (recently passed by the House as H.R. 5) into the national spotlight. The Equality Act would add prohibitions on discrimination based on sexual orientation and gender identity to Title VII and other civil rights laws. The President has publicly stated his opposition to the bill. With the Supreme Court now involved, the debate around civil rights protections for LGBTQ people is becoming even more fierce.