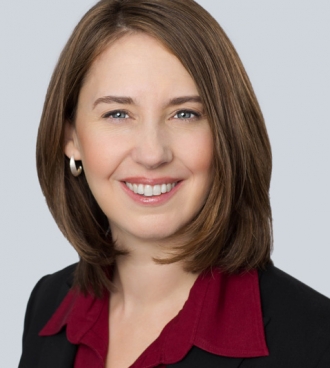 Only three days after taking office, Governor Newsom took direct and immediate action to deliver on his campaign’s commitment to invest in California’s most vulnerable children and families. In an unprecedented act, Governor Newsom included an additional $20 million for the legal representation of children and families involved in the state’s juvenile dependency courts, bringing the program that much closer to finally achieving full-funding. In his revised May budget, he seized on a new federal policy to identify an additional $34 million for legal representation, bringing the state closer than ever before to achieving full funding for this important work.

The decisions made in dependency courts have the potential to permanently sever the parent –child relationship. Courts have the power to temporarily remove children from their parent and sometimes even limit all contact prior to a full evidentiary hearing on whether the children are at risk for abuse or neglect. Depending on the trajectory of the case, the court may later decide whether a child should be placed with strangers, a relative, or whether the child can remain or return to their home. The court may also decide whether to terminate all contact between the parent and child, and whether to permanently terminate parental rights and free that child for adoption by another family. Ensuring that juvenile dependency judges have access to evidence on behalf of children and parents is essential to upholding the validity of these decisions and protecting the due process rights of each client in the dependency system.

Research shows that high-quality legal representation increases the number of foster children who return to their families of origin. Washington State undertook a rigorous study from 2004 through 2008, and found that improving representation by providing reasonable compensation and reduced caseloads led to an 11% higher exit rate to reunification and shorter timelines to other forms of permanency, such as adoption and legal guardianship.i

California has long recognized the right to court-appointed counsel for children and indigent parents in dependency court proceedings. In 1989, California shifted the responsibility for funding this statutory right away from counties and placed it squarely with the state under the Trial Court Funding Act with the express purpose of ensuring statewide equal access to justice. However, the state has never fully funded this mandate. Thirty years later, the program is now funded at only 66% of the Judicial Council’s conservative estimated need.

Statewide, dependency representation programs are choosing between drastically high caseloads and drastically low rates of compensation. All too often dependency attorneys are confronted with both problems. These highly specialized attorneys for parents and children are experienced in both the complex statutory framework and the special skills needed to appropriately interview highly traumatized parents and children at different developmental ages and cognitive abilities. But the lack of funding has meant that these attorneys are significantly underpaid for their work.

A 2002 Judicial Council study determined that for optimal representation, a dependency attorney’s caseload should be no more than 77 clients, and set a maximum of 141 clients for a “base-level standard of performance.” (The National Association of Counsel for Children recommends no more than 100.) California caseloads have averaged as high as 325 in some recent years. To bring the caseload down just to the 141 level, the Judicial Council estimates the statewide budget should be $196 million. Governor Newsom’s proposed budget is $190.7 million, which will bring the caseload to a number close to 141.

While still far from the ideal, Governor Newsom’s investment in lawyers for children and families represents a historic moment for California. In the thirty years of this state’s promise, never before has a governor taken such dramatic steps towards meeting the needs of the children and families in our abuse and neglect system with improved representation. The California Legislature has been consistently supportive of efforts to increase funding for court-appointed dependency counsel.

A different version of this article was previously published in San Francisco Attorney magazine and is reprinted with permission by the Bar Association of San Francisco.


i Evaluation of the Impact of Enhanced Parental Legal Representation on the Timing of Permanency Outcomes for Children in Foster Care
Jill E. McInerney is the Attorney Administrator of the Dependency Representation Program at the Bar Association of San Francisco. BASF maintains and manages the court-appointed panel of attorneys representing all children and indigent parents within San Francisco’s juvenile dependency court. Jill is a Child Welfare Law Specialist and was an active member of San Francisco’s court-appointed panel for fifteen years. Along with her colleagues statewide, Jill has spent much of the past five years addressing the state Legislature and the Judicial Council of California to advocate for increased funding for court-appointed dependency attorneys so that our state’s most vulnerable children and families receive appropriate legal representation.