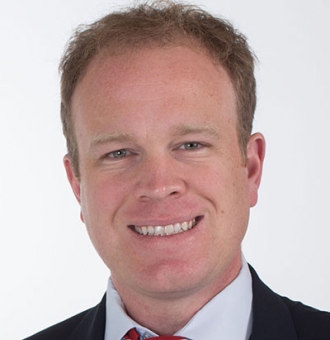 The American lawyer has had a role in creating, expanding, and protecting civil rights from before the founding of our country to the present day. Part of that role is working to ensure that our disagreements are handled inside courtrooms and not in the streets. Our revolutions come through protest, legislation, litigation and election rather than brute force and bloodshed. Not all of us can have careers where we are on the civil rights front lines but we can take inspiration from those who are or were.

John Doar was one such attorney. Mr. Doar served as Assistant Attorney General of the Civil Rights Division of the United States Justice Department from 1960 through 1967, playing a critical role throughout the era. In 1961, while riding with the Freedom Riders in Montgomery, Alabama, he watched one of his Justice Department associates beaten unconscious by a white mob angry at efforts to desegregate a bus terminal. In 1962, he helped escort James Meredith into Ole Miss and stayed with Mr. Meredith in his dorm room while segregationists seeking to violently remove him from campus fought U.S. Marshals. During this “Battle of Oxford,” two civilians were killed and almost one-third of the Marshals were wounded. Mr. Doar stayed with Mr. Meredith for the next three weeks. In 1964, he was involved in the investigation and prosecution of those who murdered young civil rights workers Michael Schwerner, James Chaney and Andrew Goodman.

But perhaps Mr. Doar’s most dramatic moment came in 1963. He was in Jackson, Mississippi for the funeral of murdered civil rights leader Medgar Evers. The largely African American crowd from the funeral was facing off with a heavily armed white police force. Bottles and bricks were flying through the air. In his obituary, the New York Times described the scene as follows:

An angry crowd of several hundred black marchers was stopped by police officers with drawn weapons. The police ordered the marchers to disband; they responded with bricks, bottles, stones and curses.

With the situation growing more tense by the second, Mr. Doar, 6 feet 2 inches and still as solid as the school athlete he had been, walked into the 50-yard space separating the two groups and addressed the marchers. Bricks and bottles crashed around his feet. One man stood behind him brandishing a tire iron.

‘My name is John Doar — D-O-A-R,’ he shouted to the crowd. ‘I’m from the Justice Department, and anybody here knows what I stand for is right.’

Mr. Doar’s actions saved lives. His credibility as a civil rights attorney enabled him to persuade the crowd that violence would not serve their purpose. As President Obama described during the ceremony awarding him the Presidential Medal of Freedom:

It was a scorching hot day in 1963, and Mississippi was on the verge of a massacre. The funeral procession for Medgar Evers had just disbanded, and a group of marchers was throwing rocks at a line of equally defiant and heavily-armed policemen. And suddenly, a white man in shirtsleeves, hands raised, walked towards the protestors and talked them into going home peacefully. And that man was John Doar. He was the face of the Justice Department in the South. He was proof that the federal government was listening. And over the years, John escorted James Meredith to the University of Mississippi. He walked alongside the Selma-to-Montgomery March. He laid the groundwork for the Civil Rights Act of 1964 and the Voting Rights Act of 1965. In the words of John Lewis, ‘He gave [civil rights workers] a reason not to give up on those in power.’ And he did it by never giving up on them. And I think it's fair to say that I might not be here had it not been for his work.

John Doar was one example of a person who used his power as an attorney to advance civil rights substantially. Clara Foltz was another. Her fight to advance civil rights began with the fight to become a lawyer in the first place. To earn admittance to the bar, which then was a privilege granted only to white males, she persuaded the governor to sign a bill that replaced “white male” with “person” in the requirements to sit for the bar exam. She subsequently passed the exam and became the first woman admitted to the California Bar. She then decided that to better serve her clients, she needed to go to law school. But Hastings College of the Law restricted its admissions to men only and rejected her application. So she did what any good lawyer would do and sued. The California Supreme Court encapsulated the issue:

The question presented for decision, is whether the Board of Directors can lawfully reject the plaintiff's application for admission as a student in the College, on the sole ground that she is a female?

The California Supreme Court ruled in her favor and ordered Hastings to admit Ms. Foltz as a law student, finding:

Females are entitled, by law, to be admitted as attorneys and counsellors in all the courts of this State, upon the same terms as males. The College was founded for the purpose of affording instruction to those who desire to be admitted, as well as those who have been admitted, to practice as attorneys and counsellors. It was affiliated with the University, and thus became an integral part of it, and in our opinion became subject to the same general provisions of the law, as are applicable to the University; and the same general policy which admitted females as students of the University, opened to them as well the doors of the College of the Law.

Her journey did not end with these remarkable accomplishments. Having fought for and earned her admission into Hastings, she attended for two years before leaving to focus on her practice and her family; it is worth noting she did all of this while raising five children. Eventually, she decided to address the injustice of the criminal justice system of her day, and began advocating for a system of public defenders to represent indigents facing criminal accusations. She authored a model statute, the "Foltz Defender Bill,” and campaigned for it in multiple state legislatures. The first public defenders’ office opened in Los Angeles in 1913 and her bill was adopted as California law in 1921. In 2002, Los Angeles’ main criminal courthouse was renamed in her honor.

Ms. Foltz and Mr. Doar demonstrate what a determined attorney can do to expand civil rights. In our current climate of national discord, we can let lawyers like Ms. Foltz and Mr. Doar and others who used their law licenses to protect the highest ideals of our society inspire us. I hope you find inspiration in their stories and in the topics addressed in this special issue of the Marin Lawyer to work to preserve and expand civil rights for all.