Think Twice Before Paying Workers as Independent Contractors Rather than Employees 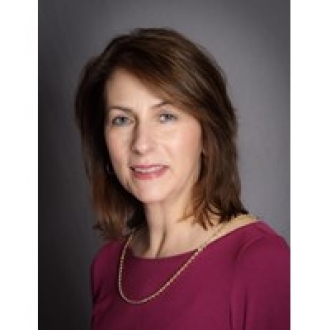 Paying a worker as an independent contractor can be risky business in California. Misclassifying an employee as an independent contractor often results in substantial penalties. Employers face liability for unpaid overtime hours, missed meal and rest breaks, late wage payment, failure to provide wage statements and maintain time records, unpaid sick leave, failure to provide workers’ compensation insurance, unpaid payroll taxes (with interest and penalties) to the IRS and EDD, and a possible audit by the California Division of Labor Standards Enforcement. And that’s not a complete list!

Up until 2018, the legal test for determining independent contractor status under California wage and hour law was complex and vague. That changed when the California Supreme Court adopted the “ABC” test in Dynamex Operations West, Inc. v. Superior Court, (2018) 4 Cal.5th 903. The California legislature is now considering legislation to codify and expand Dynamex, much to the consternation of the business community.

What is the ABC Test?

An employer/business/hiring entity must establish each of the following to establish an independent contractor relationship under the California Wage Orders:

(B) That the worker performs work that is outside the usual course of the hiring entity’s business; and

(C) That the worker is customarily engaged in an independently established occupation or business of the same nature as the work performed for the hiring entity.

Factor A is familiar to most employers and may be the simplest to satisfy. Factors B and C are more challenging:

Stay tuned. In May 2019, the 9th Circuit Court of Appeals ruled that the ABC test applies retroactively. (See, Vazquez v. Jan-Pro Franchising Int'l, Inc. (9th Cir., May 2, 2019, No. 17-16096)). The Court withdrew the Vazquez decision on July 22, 2019, stating that it will file an order certifying to the California Supreme Court the question of retroactivity “in due course.” (Ever noticed how deadlines never apply to the government?)

A signed independent contractor agreement cannot alter the outcome of the ABC test. However, it is valuable evidence that both the worker and the business/hiring entity shared the same view of the worker’s classification. An independent contractor agreement should clearly define the worker’s job responsibilities and duty to provide workers’ compensation insurance and pay required payroll taxes. Don’t forget to attach the hiring entity’s EEO/Harassment Prevention policies and Confidentiality and Nondisclosure Agreement and require compliance as a term of engagement.

Reclassification from Independent Contractor to Employee

Unless reclassification occurs very early in the work relationship, employers should be very careful when converting a contractor into an employee. The immediate impact will be less take-home pay since employee wages are subject to payroll taxes and withholding. Employers should be prepared to discuss the benefits of employee status with the worker (e.g., eligibility for employee benefits and employer-paid share of payroll taxes) and consider immediate payment for past overtime work. Obviously, reclassification may cause a worker to believe that she should have been paid as an employee from the start. Consult with legal counsel before, not after, you broach the subject with a contractor.

Reclassification from Employee to Independent Contractor

Occasionally clients ask how to rehire a departing employee as an independent contractor working remotely or on a part-time basis. Red flag warning! This scenario generally violates Factors B and C except in two limited situations. First, if the worker has joined a consulting firm, he can continue to perform work for you as the employee of the consulting firm. (The consulting firm is the independent contractor in that circumstance.) The second exception is when the worker immediately starts an independent business and agrees to do limited transition work for her former firm on a contract basis. For example, if a departing attorney starts her own firm (with multiple clients from the start), her old firm might engage her briefly on a contract basis.

Whether and how AB 5 arrives on Governor Newsom’s desk for signature remains to be seen.

Knowing how and when to classify workers as independent contractors versus employees is an important business decision with significant legal ramifications. California employers should use the ABC test to determine whether current contractors or future hires are correctly classified.

Lisa Maslow is a labor and employment law attorney and independent workplace investigator based in Mill Valley. She specializes in helping employers and employees avoid needless litigation through compliance or prompt resolution of wage and hour, discrimination and other employment law disputes. Lisa is a member of the MCBA Diversity Section, the Association of Latino Marin Attorneys (ALMA), and Marin County Women Lawyers. She may be contacted at the Law Offices of Lisa Spann Maslow, P.C., 415/380-9470, or lisa@maslowlaw.com.