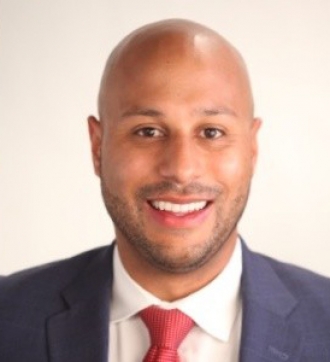 While attorneys have many tools to assist in taking and defending depositions, often underutilized is a file’s metadata. Many attorneys are unfamiliar with metadata, and therefore unable to take advantage of an exhibit’s metadata during offensive and defensive depositions. To best represent a client’s interests, attorneys need to understand metadata and how it may be prepared and used in depositions.

The Federal Rules of Civil Procedure (“FRCP”) and California Code of Civil Procedure (“CCP”) entitle parties to the metadata of produced files. FRCP Rule 26 entitles a party to an inspection of metadata: “[A] party must, without awaiting a discovery request, provide to other parties…a copy—or a description by category and location—all documents, electronically stored information, and tangible things that the disclosing party has in its possession, custody, or control and may use to support its claims or defenses.”i Under CCP section 2031.280(a), any “documents produced in response to a demand for inspection, copying, testing, or sampling shall either be produced as they are kept in the usual course of business, or be organized and labeled to correspond with the categories in the demand.”ii As applied to metadata, CCP section 2031.280(d)(1) states that unless the parties otherwise agree, metadata should be produced in the form which it is ordinarily maintained or in a form that is reasonably usable.iii In practice, documents are often produced as tiff or jpeg images with an accompanying load file that lists each document or file’s corresponding metadata.

Metadata is data that gives information about other data. Metadata is “information stored within a document that is not evident by just looking at the file. It is an electronic ‘fingerprint’ that automatically adds identifying characteristics, such as the creator or author of the file, the name of individuals who have accessed or edited the file, the location from which the file was accessed, and the amount of time spent editing the file.”iv Each computer or digitally generated file contains self-generating metadata unique to the file. For example, within typical computer applications, such as Microsoft Word, Excel, and PowerPoint, each time a user creates, opens or saves a file using these applications, hidden metadata is created and stored within the document—data that your client may not want the adverse party to recover.v

With the abundance of information contained in each file’s structural and descriptive metadata, attorneys are currently using metadata to help streamline civil litigation and investigative document reviews through discovery review platforms, such as Relativity and Concordance. Metadata plays an integral role in these review platforms. Without metadata, documents cannot easily be sorted by sender, author, etc., and Technology-Assisted-Review would not provide the enhanced searching, processing, and production capabilities that electronic discovery practitioners have grown to love.viii While attorneys have long understood the value added by using metadata to assist on document reviews, little has been done to advocate for the usage of metadata throughout additional stages of litigation, specifically for use in depositions.

Depending on an attorney’s specific deposition goal, an attorney should weave the usage of metadata into their questioning. The following are different objective-driven examples of approaches utilizing an exhibit’s metadata during a deposition:xi

Example 1: If the goal is to utilize the metadata to establish a record for who may introduce evidence at trial, weave the metadata into the examination.

Q: According to the presentation's metadata, you are the document’s custodian. Now, do you recognize this document?

Example 2: Using evidence’s metadata to establish timelines during a deposition.

Q: The produced document has a last modified date in the metadata of March 8, 2019. Do you agree?

Example 3: Using evidence’s metadata to attack the credibility of presented evidence in a deposition.

Q: You understand what metadata is, correct?
A: Yes.

Q: How metadata tells you who was the last person to edit a document, who drafted a document, when the document was last saved, and so on?
A: Yes.

Q: If the metadata for Exhibit 721 read that you were the author of the document, would you have any reason to question that?
A: No.

Example 4: Using metadata as a concept to attack the credibility of presented evidence in a deposition.

Q: And you agree that a file’s metadata may be rapidly updated, right?
A: Right.

Q: And that includes the metadata for the last accessed field, correct?
A: Correct.

Q: And would you agree that the system-automated processes may update last access times?
A: Yes.

Q: Such as a memory clean-up program?
A: Correct.

As you can see, using evidence’s metadata can only strengthen the presentation of a client’s position during a deposition. To best represent a client’s interests, attorneys must grasp how to utilize metadata and how it may be prepared and used in depositions. If attorneys and case teams are consistently evaluating how metadata may be utilized to advance your client’s position, it will become clear how to use exhibit metadata within depositions properly.

i Fed. Rules Civ.Proc., rule 26(a)(1)(A)(ii), 28 U.S.C.
ii Cal. Code Civ. Proc., § 2031.280, subd. (a)
iii Cal. Code Civ. Proc., § 2031.280, subd. (d)(1)
iv Harvard Law School IT Services, What Is Metadata? https://hls.harvard.edu/dept/its/what-is-metadata/ (as of August 20, 2019).
v Id.
vi MerlinOne, What are the Different Types of Metadata (and How are They Used)? https://merlinone.com/types-of-metadata/ (as of August 20, 2019).
vii Id.
viii Blaine, Matthew K., Practice Alert Part II – What Metadata Is and Why You Should Care About It, Davison, Eastman, Muñoz, Lederman & Paone Practice Alert, 5 May 2016, available at https://demlplaw.com/firm-blog/business-law-and-litigation/practice-alert-part-ii-what-metadata-is-and-why-you-should-care-about-it/, (as of August 20, 2019).
ix Fed. Rules Civ.Proc., rule 30(a)(1), 28 U.S.C.
x Cal. Code Civ. Proc., § 2025.010
xi Examples are based on actual depositions but have been altered to protect the confidentiality of the testimony.
Mark G. Griffin is a Staff Attorney at Munger, Tolles & Olson LLP in its San Francisco office. His practice focuses primarily on commercial litigation. Prior to practicing law, Mark spent years at international consulting firms providing eDiscovery support to law firms and corporate clients. The opinions expressed are those of the author and do not necessarily reflect the views of the firm, its clients, or any of its respective affiliates. This article is for general information purposes and is not intended to be, and should not be taken, as legal advice.