A Labor Day Lament: On this Labor Day, Let us Remind Ourselves of the Fruits of the Labor Movement and the Threat to Them from a Hostile Supreme Court 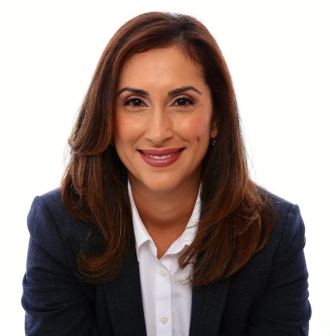 Disclaimer: The views below are those of the author and do not necessarily reflect those of MCBA and its members.

Each year on the first Monday in September, many Americans can be found firing up their grills, watching parades, shopping and relaxing. Others are spending it like any other day: working.

The significance of Labor Day is often overshadowed by hot dogs and parade floats even though all this fun is possible only because of one of the fruits of the labor movement in America: a day off. Fruits like a 40-hour workweek, days off, and workplace safety protections are today so often taken for granted that many Americans do not realize they are the result of the hard-fought struggles of the labor movement.

San Francisco played a pivotal role. In 1901, it was the only city in America where a general strike was called and succeeded. San Francisco has remained a union town ever since. Today, 14.7 percent of California workers are union workers. The largest union in Marin County is the Marin Association of Public Employees (MAPE), which represents 1300 county employees, including Deputy Public Defenders.

But in the last year, the percentage of California workers who are members of a union declined. Some of the blame for that can be attributed to last year’s Supreme Court decision in Janus v. American Federation (June 27, 2018, No. 16-1466) 138 S.Ct. 2448, 585 U.S. ___. Overturning a forty-one-year-old precedent, the Court held that teacher unions and other public employee labor organizations could not collect mandatory fees for collective bargaining from workers who declined to join the union. The Court also held that workers must affirmatively opt into a union before dues could be deducted from their paycheck.

Writing for a majority of five, Justice Alito stated that forcing nonunion workers to finance union activity, “violates the free speech rights of nonmembers by compelling them to subsidize private speech on matters of substantial public concern.” Understanding that this decision meant that public sector unions would be undermined and stand to lose millions of dollars, Justice Alito wrote, “But we must weigh these disadvantages against the considerable windfall that unions have received…over the past 41 years.”

In dissent, Justice Kagan sharply criticized the majority decision: “There is no sugarcoating today’s opinion. The majority overthrows a decision entrenched in this Nation’s law—and in its economic life—for over 40 years. As a result, it prevents the American people, acting through their state and local officials, from making important choices about workplace governance. And it does so by weaponizing the First Amendment, in a way that unleashes judges, now and in the future, to intervene in economic and regulatory policy.”

In the eyes of the majority, the existing system forced nonunion workers to endorse the political ideology of the union, an ideology the worker may disagree with. They reached this conclusion despite the fact that nonunion workers had the choice to opt out of paying for the union’s political activities. These unions are now working for the benefit of those who support them monetarily as well as those who do not.

What does Janus mean for unions? The most drastic impact is already being seen in declining numbers of public employee union members. However, California has passed legislation to soften Janus’ blow by allowing unions to have access to newly hired employees and providing help in recruiting new members. The long-term effects remain to be seen.

As we celebrate Labor Day, let us remember the true significance of this day and the many fundamental parts of our everyday lives that are actually hard-won protections that are still at risk.

Marie A. Barnes devotes herself to the practice of both criminal defense and family law. Over the course of her career, Marie has defended a wide range of criminal matters, from misdemeanors to major felonies and brings the knowledge and wisdom she gained as a former prosecutor to the defense. In family law, Marie focuses on issues arising from domestic violence and how they affect divorce and child custody. Marie was born in San Francisco and is fluent in Spanish. She received her Bachelor's degree in Political Science and Psychology from Sonoma State University and received her Juris Doctorate from Western Michigan University, Thomas Cooley Law School. In her spare time she volunteers for various organizations that provide free or low-cost legal services to the community.