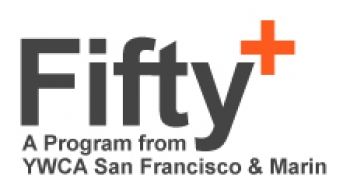 As we celebrate Labor Day, we should not forget the particular difficulties that women face in the workplace even today and even here in Marin. As guest editor this month, I’ve chosen to highlight a dynamic and vibrant organization serving Marin County and San Francisco: the YWCA. Established well over a century ago, it may surprise you to learn that the YWCA has been a pioneer in working for racial justice, labor union representation and women’s rights.

The first YWCA began in 1855, in London, England, as a Christian organization focused on improving the lives of working women. Three years later, the United States began its first chapter and in 1878, the YWCA San Francisco and Marin was founded.

Today, the YWCA serves over 2 million women and girls in the United States, and 25 million women globally in over 100 countries. It describes its mission as eliminating racism, empowering women and promoting peace, justice, freedom and dignity for all. It does this through advocacy, providing affordable housing and a variety of programs, including its “Fifty+ Employment” program.

While Marin County has the fifth-highest per capita income in the United States, the “per capita” disguises a stark disparity in the income of its residents. YWCA Marin has led the charge to increase the minimum wage to $15 an hour and has made strides towards creating affordable housing in Marin through legislation.

YWCA Marin also participates in “Stand Against Racism,” a national campaign to build community and raise awareness around racism. This year’s campaign focused on immigration, not only providing information and education but also trainings and advocacy, including to keep ICE out of the courthouse.

In San Francisco, the YWCA provides safe, clean and affordable apartments for low-income seniors and people with disabilities. For its residents, the YWCA provides assistance with food, social activities, health and fitness opportunities and support in the language each resident speaks. Residents are healthier and happier, so much so that their life expectancy shows a dramatic increase.

Across the country, many YWCAs adapt and expand programs designed to meet the specific needs of their communities. Proud of this “community equity quotient,” YWCA Marin/San Francisco offers practical programs to help residents achieve their goals.

One of those programs addresses a pervasive problem in the workforce: age discrimination. Older women are a growing part of the workforce. The Bureau of Labor and Statistics predicts that by 2024 there will be twice as many women over 55 in the workforce as women under 24. According to Bette Gundersheim, the YWCA's Business and Outreach Coordinator, "Women are three times more likely to age into poverty, and face the double-bind of age and gender discrimination as they try to enter or re-enter the workforce and sustain themselves in Marin County."

The YWCA’s Fifty+ program offers free training and placement services exclusively to women over 50. These are one-on-one services that include computer training, resume writing, interview preparation and negotiation training. They also include direct placement services with employers who partner with the YWCA. The program is designed to ensure that participants feel supported every step of the way from gaining skills to obtaining a job. The hundreds of participants each year find jobs on average in half the time and at more than double Marin’s minimum wage. The YWCA's Gundersheim says, "With the high cost of living in Marin, coupled with Marin’s unique status as the fastest aging county in the state of California, YWCA is proud to offer the first and only program in the Bay Area meeting the unique employment needs of mature women."

With a mission that includes promoting peace, justice, freedom and dignity for all, the YWCA’s task is great and the issues are real. For nearly 150 years, YWCA Marin/San Francisco has worked tirelessly to address them. There are many ways to help it stand for social justice. To find out how, contact the Marin office at 415-479-YWCA or visit its website. You can also learn more about the 50+ Employment program here.