Internment, Forgiveness, and Mediation, Not All at Once 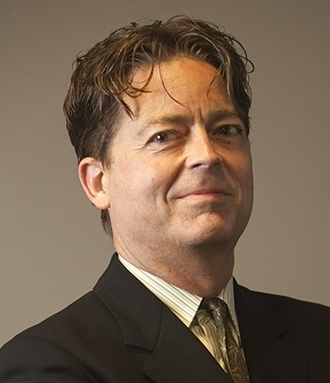 MCBA’s lawyer members no doubt learned about the first Korematsu case in law school. One of the low points in Supreme Court history, the Court upheld Fred Korematsu’s criminal conviction and hence the constitutionality of the WWII internment of Japanese Americans. 40 years later, in 1983, many of our members had finished law school when the Northern District of California decided the second Korematsu case, overturning his conviction based on prosecutorial misconduct. It is debatable whether the first Korematsu case is still good law: Chief Justice Roberts purported to overrule it in last year’s Trump v. Hawaii decision, but the “overruling” was dictum in an opinion reflecting many of the same faults as the original Korematsu case. We reprint Stan Yogi’s reflections on Fred Korematsu and the Korematsu cases in anticipation of Dale Minami—one of the lawyers who got Korematsu's conviction overturned—giving the keynote speech at MCBA’s MCLE Fair on November 14th. It will be interesting to hear Minami’s opinion of Trump v. Hawaii and current immigration detention policies.

The question of forgiveness no doubt arose for Fred Korematsu and perhaps Mr. Minami can give us some insight into Mr. Korematsu's stance and whether it played a role in his approach to the legal process. Our readers will be aware that we have been examining the role of forgiveness in the law in a series of articles and we bring you the latest with Eileen Barker and Barbara Monty’s article on forgiveness in ADR. Learn what forgiveness is and is not and when it may play a role in ADR and the law more generally.

The desire to forgive or to be forgiven is sometimes a need of a party in litigation and ADR. It is just one of many possible—often unstated—needs a mediator may delve into. Is that wise? Gordon McAuley discusses what makes for a good mediation and a good mediator. His article will be useful not just to mediators but to anyone who represents parties in mediation. Also be sure to check out the membership luncheon recap for both sage advice and insight into the workings of the California Supreme Court from retired Justice Kathryn Werdergar. Many thanks to our political columnist, Greg Brockbank, who did double-duty this month as Guest Editor, and as author of a profile of a particularly interesting non-profit, Environmental Forum of Marin.

Don’t forget that, as with our magazine-style quarterly issues, even with our ordinary monthly website issues, you can easily download the issue as a pdf for offline e-reading or printing.

Rob Rosborough is Of Counsel to Monty White LLP. He mediates disputes where an ongoing relationship is at stake, particularly adult-family conflict such as disagreement over caring for an aging parent and HOA disputes. He maintains an estate planning, HOA and general advisory and transactional law practice focusing on personal and small business issues. Rob also teaches at USF’s Fromm Institute (conflict resolution and history of science) and helps lawyers cope with the practice of law by teaching them meditation skills as a certified iRest® meditation teacher.