Why Rent Control is Not a Solution 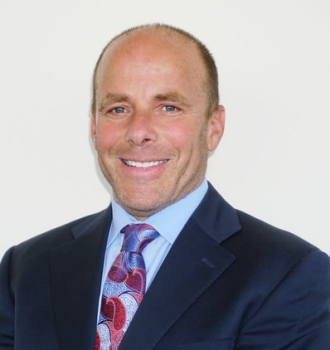 Effective January 1, 2020, millions of California residential units become subject to statewide rent control and just cause eviction controls due to the passage of AB 1482. While tenants may cheer, mind the old adage, “Be careful what you wish for.” Rent control may well limit rent growth on current occupied units and enable existing tenants to remain in their units longer; however, it discourages new housing starts. Lack of housing supply is the true culprit in causing high rents. While existing tenants may appreciate their protected cocoon, rent control does nothing for their progeny or anyone else who would like to move to the community. Tenants will be less mobile to relocate for job and other life opportunities as they arise for fear of losing their rent-controlled housing. Cities and towns will become stagnant as long-time residents subsist in rent control units that landlords, because of reduced return on investment, are discouraged from maintaining properly.

The clear solution is to build more housing and offer subsidies, such as Section 8 and other programs for residents needing assistance to be able to afford decent housing. As a local land use attorney and former councilmember in Larkspur, I can personally attest to the gauntlet that housing developers must face to construct a unit—additional fees and costs typically can add more than 25% to the cost. Only four other states and the District of Columbia have rent control in some formi. The remaining 90% of the states in this great country have it correct.

A further unintended consequence of rent control is the creation of a two-tiered rental housing market. Similar units in the same building can have vastly different rental rates, because fortunately California did not include vacancy controls, i.e., regulation of the amount of rent that can be charged when the unit becomes vacant, so that empty units in California can still go to market rateii. As a result of rent control, those few units that do become available are bid up even higher because of that pesky supply and demand principle. Thus, we get inexpensive units that rarely turn over and absurdly high-priced units because of supply constraints, coupled with strong discouragement for developers to construct new housing because of reduced return on investment. I would call that a triple whammy of apparently intended consequences because this is not rocket science here, but Economics 101.

Politics, not rationality, is the reason AB 1482 was approved, as there are more tenants than developers and landlords. All three, though, are necessary for a healthy ecosystem and much of the blame for our current predicament lies at the feet of state and local government for failing to lead over the course of decades in creating the proper environment to construct more housing through investment in infrastructure. Think about it: we boost the economy through infrastructure development to support new housing; in turn, adequate housing supply stabilizes rents and tenants have a choice of housing opportunities from low to high cost—just like most other things in life, whether we are talking about diamonds or cars.


i New York, New Jersey, Maryland, and Oregon.
ii Consider the same situation with Proposition 13, where adjoining and similar size homes using the same services may pay vastly different property tax amounts. Also, be careful about assuming California has no vacancy controls. See Penal Code Section 396, an anti-rent gouging criminal statute that contains vacancy control provisions that apply during a State of Emergency declared by the Governor. A State of Emergency declaration has remained continuously in effect since the Northern California wildfires in October 2017.

Len Rifkind was born and raised in Marin County. He has represented thousands of clients over the past 30 years in real estate litigation and transactional matters. In addition, he lectures throughout the state on the subjects of easement, boundary and neighbor disputes, as well as locally on the topics of broker disputes, disclosure issues, and landlord-tenant law. Len has a committed record of community service, having served as Mayor of the City of Larkspur, president of the Marin County Bar Association, president of the Board of Directors of Congregation Rodef Sholom, and coach of a local high school mock trial team. Len is Co-Chair of the Marin County Bar Association Real Property Law Section.