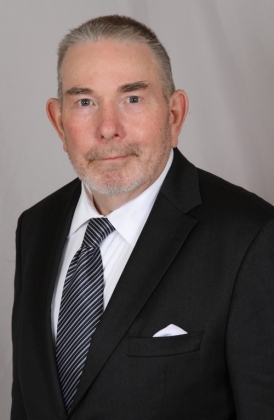 Forrest Tucker, the principal character in what Robert Redford announced in the summer of 2018 was his final film, The Old Man and the Gun, was a reluctant resident of Marin County forty years ago. Tucker, unlike so many of us in this beautiful county, was not happy to be here. He didn’t like his small cell at San Quentin Prison so he and two other convicts made a plan to relocate. The three convicts pilfered materials from the warehouse next to the bayside loading dock at San Quentin and, from a design made by Tucker, fabricated parts for a boat. At the end of each prison workday, the convicts hid the finished boat parts in the warehouse until, at last, all of the parts were complete.

The day was chosen and the boat’s prefabricated parts were hastily but skillfully assembled by the convicts. All that remained was to christen the craft before launching. A stencil was made, some paint was found and emblazoned on the craft’s bow were the words “Rub-a-dub-dub, Marin Yacht Club”. With great stealth, the boat was carried from the warehouse and launched into the chilly waters of the San Francisco Bay. Frantic rowing brought the boat within view of Guard Tower Three where an officer considered calling the Coast Guard to render aid to a pleasure craft that appeared to be in trouble. As the convict sailors maneuvered towards the shore, other correctional officers offered aid. “Thanks,” called out convict John Waller who was in the water pulling the boat towards the shore. Looking at his bare wrist, Waller shouted to the helpful officers, “It’s okay, my Timex is still ticking.”

The convict sailors beached the boat, scattered to the winds and, when the evening count was made at the “Bastille by the Bay”, the number was down by three. Before long, the boat, the stencil, the cans of spray paint were all found. The helpful correctional officers who hailed the craft from the shoreline and from Tower Number 3 were interviewed. Later there would be stern reviews concerning the supervision of convicts working at the warehouse.

In the years just before the Rub-a-dub-dub Escape as it came to be known, Marin County had experienced bloody San Quentin escape attempts that left correctional officers, convicts and even a respected Marin County judge dead. But here was something different, not a bloody attempt, but rather, a non-violent, ingenious and, to all but the Warden, a hilarious successful escape. After some time at liberty, Waller and McGirk, but not Tucker, were captured and brought to trial in the Marin County Superior Court for the crime of prison escape, a crime, for which it is said, there is no defense.

Those called to jury service were unusually eager to serve and, after the case was presented to twelve good citizens of our county, the jury just could not reach a verdict. The jurors could not unanimously decide that Waller and McKirk had really escaped from the prison. The case was tried a second time and for a second time twelve citizens could not reach a verdict. Once again, it was a hung jury and a mistrial. The District Attorney decided not to try the case a third time. The case was dismissed and the convicts returned to San Quentin to finish their original sentences.

Reasonable minds might wonder how the Rub-a-dub-dub sailors escaped conviction of a crime for which there is no defense. Reflecting on this might tell us a bit about ourselves and about the wonders of a system of justice that is not so inflexible to be without a good sense of humor. There ought to be a movie.

This article was originally published in the Marin Independent Journal on November 18, 2018 and is reprinted with kind permission.
Edmond McGill practices business law and civil litigation in Marin County, where he has practiced for 45 years. He represented John Waller in the two jury trials for the San Quentin escape that occurred in 1979.