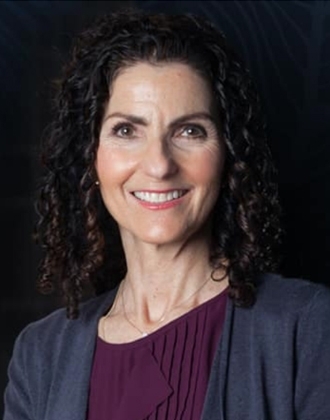 As a new lawyer, I conducted my first trial with Bank of America as my client. I needed to prove that the loan officer had no knowledge of a prospective borrower’s prior loan applications. In the absence of both the loan officer and any other direct evidence, this was challenging, and it became clear to me that without evidence, I simply would not be able to prove up my client’s defense. Evidence is, of course, at the heart of our trial process. In fact, we learned this in Trial Practice 101.

So when did it become acceptable to eschew this evidence-based process that we have abided by since our nation’s founding? Last week, apparently, as our nation witnessed a profound aberration of this process. We learned that, in the impeachment context, a trial may proceed without witness testimony.

The recent 51- 49 vote in the Senate against calling new witnesses or receiving documentary evidence in President Trump’s impeachment trial represents a new low in Washington partisan politics. Regardless of whether one feels the outcome of acquittal was the correct one, the trial process itself has been subverted.

Only two Republican senators voted in favor of allowing witnesses and documentary evidence. Undoubtedly, it is difficult to vote against the party line, especially in such fraught circumstances. We have to wonder whether we would have the courage to do so when the consequences of doing so could be the end of our political careers. When the inquiry was in the House of Representatives, the Republicans faulted the Democratic majority for basing their vote to impeach on unsubstantiated and indirect testimony. That was a valid point, and the proper remedy is for the jury (i.e., the Senate) to hear and see the evidence for themselves.

Senator Lisa Murkowski (R- Alaska), one of the few Senators whose vote was in question, asserted the futility of hearing more evidence when she said, “Given the partisan nature of this impeachment from the very beginning and throughout, I have come to the conclusion that there will be no fair trial in the Senate. I don’t believe the continuation of this process will change anything. It is sad for me to admit that, as an institution, the Congress has failed.” I suspect other senators felt the same way.

But the answer to the Senator’s concerns is not to throw up our hands. Surely conducting a trial (in this case impeachment) without either testimony from witnesses or the introduction of relevant documents, makes the process less fair and its outcome even less likely to change. This is unacceptable. There are good reasons why we are taught from our very first year of law school how to introduce witnesses and evidence, about the relative weight of evidence and the standards of proof required to prevail before a jury. Because these are the tools needed for fair trials.

Presidential impeachment trials are a rarity—this being only the third in our nation’s history—but I fear the greater effects of this vote in haunting and diminishing future inquiries, including beyond the impeachment context. I certainly hope it does not. What would it be like to be a litigator without a tool box of witnesses and other evidence to use in trial?

Which brings me to an announcement of the founding of MCBA’s new Litigation Section! It will be open to litigators from all practices and all sides. Whether you are an employment or personal injury lawyer, plaintiff or defense counsel, as long as evidence and witnesses are still a part of our trials, this section will help you hone your skills. As part of that, we hope that senior litigators will help educate newer colleagues in best practices for a successful litigation practice. Look for upcoming information on joining the new Litigation Section and getting involved soon!

I hope that whether you agree with the final outcome in the impeachment trial or not, as lawyers we recognize the wisdom of an evidence-based process, especially when deciding an issue of such vital importance to our country.

Hope to see you at the Gala on February 8!