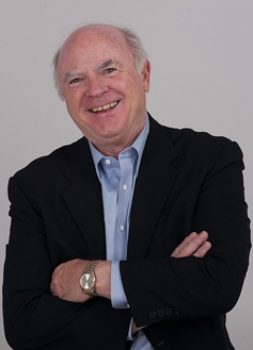 The Marin County Bar Association is pleased to announce the award of its coveted Lifetime Achievement Award to Gary T. Ragghianti. This award is made in recognition of his distinguished half-century-long legal and public service career. His impact on both our County and our Bar Association has been significant and profoundly positive.

Mr. Ragghianti was sworn into the California Bar in January 1969. He became a member of MCBA shortly thereafter and has remained a member for over 50 years. During this long tenure, he served as President of our Association in 1982. He has twice served as 5-year Past President. He has served on countless Bar committees and shared his wisdom with Association leadership whenever asked. We have all grown accustomed over these many years to seeing him at many public functions serving as master of ceremonies for judicial installations and retirements as well as Bar induction proceedings.

Mr. Ragghianti’s service to the Marin County Bar Association is surpassed only by his years of community involvement and public service. His first job as a lawyer was with the Marin County District Attorney’s office, where he worked as a Deputy District Attorney from 1969 to 1971. During his time at the District Attorney’s Office, he tried many cases and began to develop his outstanding courtroom skills. After leaving the District Attorney’s Office, he joined three attorneys in private practice in San Rafael to form the firm of Conn, Breiner, Birkie and Ragghianti. His association with these lawyers commenced lifelong professional and personal relationships which had a profound impact on his career and provided him with a skill set and work ethic he would display throughout his career. Today, the 20-lawyer San Rafael firm of Ragghianti Freitas is a direct descendant of this original group started in 1971.

Mr. Ragghianti has had a wide and varied legal career. He practiced criminal defense and family law on leaving the DA’s office. He tried a capital 8½-week murder for hire case in front of retired California Supreme Court Justice Louis Burke. Twice he has appeared in cases in the United States Supreme Court. In 1977, when his partner Richard Breiner was appointed to our Superior Court, Gary’s practice quickly expanded to include the field of land use and municipal law. Over the next 30 years he served as the City Attorney in 4 of the 11 cities in Marin. He served as the City Attorney in Belvedere (1977-2006), Deputy Town Attorney in Tiburon (1977-1985), Town Attorney in Tiburon (1985-1989), District Counsel for the Stinson Beach Water District (1981-1997), Special Counsel to City of San Rafael for labor negotiations/personnel matters (1979-1984), the elected City Attorney of San Rafael (1984-2007), Town Attorney for Corte Madera (1986-1988), and Counsel for the Novato Fire Protection District (1993-2008). During these years, he also was involved in representing applicants for development entitlements in those jurisdictions not represented by his firm and engaged in real estate transactional and litigation matters.

Mr. Ragghianti has dedicated significant time and leadership skills to several non-profits in Marin during his career. He currently serves, for the second time, on the Board of Directors of Alternative Defenders Incorporated (the County of Marin’s non-profit indigent defense panel). In 2017, Supervisor Damon Connelly asked Mr. Ragghianti to join the board of the Marin County History Museum, an organization which had fallen on hard times and was in danger of failing. Mr. Ragghianti, together with fellow appointees, succeeded in reorganizing its operations and restoring credibility to the Museum. He remains on the Board of MHM, currently serving as its Vice President. He is currently the President of the Board of Directors of the San Rafael Public Library Foundation. In the past, Mr. Ragghianti served on the board of the Family Service Agency of Marin and helped to set up the Marin Brain Injury Network’s current campus at College of Marin, now known as the Schurig Brain Injury Center. He has also served on the Marin Hospice Board. He has performed substantial pro bono work over the years for many organizations and clients. In recognition of his professional reputation, he was asked to represent the entire bench of the Marin County Superior Court in a dispute with the Board of Supervisors over who had appointment power for the Chief Probation Officer of the County. Mr. Ragghianti was able to assist in successfully resolving the dispute between the parties.

In the late 90s, Mr. Ragghianti was asked to join a new ADR provider in Marin called Resolution Remedies and he commenced what evolved into a very busy mediation practice. In addition, he has served as a volunteer settlement panelist for the Marin County Superior Court on numerous occasions.

Mr. Ragghianti has established a reputation over his 50 years of practice for continued professional excellence and integrity with a unique sense of style. The Marin County Bar Association wishes to acknowledge his many accomplishments and salute his singularly exceptional career by awarding him its prestigious Lifetime Achievement Award.