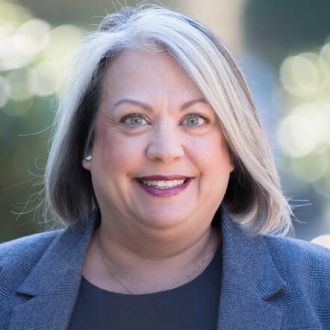 Marin County Bar members and their guests filled the room at McInnis Park Golf Club for January’s membership luncheon, featuring a lively and informative talk by Representative Jared Huffman, who addressed hot topics from impeachment to war powers to climate change. Democrat Huffman has represented California's 2nd Congressional District since 2013. Ranging from the Golden Gate Bridge all the way to the Oregon border, Huffman’s district entails a significant amount of travel when he visits constituents. He typically flies home to the Bay Area on Fridays and spends the weekend in his district before returning to Washington D.C. at the end of the weekend.

Plunging directly into a discussion of impeachment, Huffman indicated that the firing of James Comey and the president’s systematic dismantling of checks and balances were the primary reasons that he was in favor of impeachment. He and many of his Democratic colleagues felt that the closer question was whether there was enough public outrage over the president’s actions that triggered the impeachment. Huffman’s biggest concern was whether the “threads of the republic” could withstand four more years of President Trump, recognizing that it was only a remote possibility the Senate would convict the president. (13 days after Huffman’s talk, the Senate did vote to acquit the president on both impeachment counts.)

Huffman also addressed the killing of Qasem Soleimani. The House passed the War Powers Resolution to limit the president's ability to pursue military actions against Iran without congressional consent. With the bill now in the Senate, Huffman felt fairly certain that even if it passes there, the president would probably veto it. Immediately after 9/11, Congress granted the president broad war-making authority. Huffman believes that Congress needs to revisit the authorized use of military force, allowing some of these laws to sunset.

Huffman also expressed concerns about foreign election interference, in particular that some people in government think such interference is okay. His position is that Democrats just have to win under the rules as they are today. He emphasized the need for election security and the fact the House passed the For The People Act of 2019 (H.R. 1, 2019) in March 2019. The bill addresses campaign finance reform, government ethics, and voting rights but is languishing in the Senate.

Huffman then turned the conversation to legislation more broadly. Since the Democrats took over the House, they are constantly brainstorming and drafting good bills. But those bills are piling up on the Senate side with little to no action being taken on them. When the Democrats assumed power in the House, they promised a number of bills and a transportation and infrastructure bill is the last of the promises. The issue is figuring out how to pay the multitrillion dollar cost of it. The bill has already been labeled by Republicans as a massive tax increase. Huffman discussed that House leadership is looking at passing it without a funding mechanism to get discussion started, then looking at funding options when the bill heads to conference.

Huffman then turned to the need for action on climate change. He pointed out that the current administration has ignored climate change with its “America First” approach, withdrawal from the Paris Climate Agreement, and rollback of provisions of the Clean Water Act. Huffman noted that the withdrawal from the Paris Agreement is not effective until November 4, 2020, the day after the next presidential election. He indicated that he must put aside his rage regarding climate change and advance practical strategies by putting forward good ideas and use the bully pulpit of Congressional hearings to be a keeper of the flame for good policy. Huffman advised the audience to look for a new report coming in April 2020 from the Intergovernmental Panel on Climate Change, which will include a blueprint to decarbonize entirely by midcentury. He acknowledged that none of recommendations will be passed during this administration but he hopes it will inform a new administration on actions that must be taken.

Huffman opined on the best and worst parts of his job as our Congressman. The best part is that he has become a “little bit of an expert on a lot of issues,” comparing himself to a generalist litigator. He has also done a deep dive on topics such as marine fisheries, foreign policy and health care. His least liked part of his job is the toxicity in political dialogue and he believes that the advent of cable news has stoked the infighting among his colleagues. He is hopeful that after battling through the difficult process of impeaching a president, Congress will turn in a better direction.

Turning to his own legislation, his most recent is the FUTURE Drought Resiliency Act to develop more resilient water infrastructure, expand the use of modern water management tools and technologies, and assist disadvantaged areas in meeting their drinking water needs. It will help homeowners make their homes more water-efficient, meet the challenge of planning for drought and climate change, and invest in watershed health to benefit fish, wildlife, and downstream communities. He has also recently convened stakeholders to an ad hoc committee to look at the Potter Valley Project and work toward a two-basin solution.

Did you know that Huffman defines himself as a “humanist”? With other members of Congress, Huffman established the Free Thought Caucus in 2018. The goal of the Caucus is fostering "science and reason-based solutions" and "defending the secular character of our government." Huffman says that the group is focusing on how the current administration weaponizes religion for political support on non-religious issues.

EVENT PHOTOS
Kristine Cirby is a Family Law Attorney. She has over 25 years of experience in family law, with the last 20 years exclusively in Marin County. Kristine currently serves on the Marin County Bar Association Board of Directors as well as on the Board of Trustees for the Marin County Law Library.