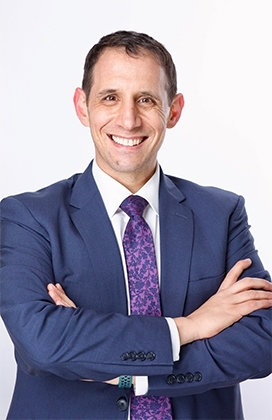 As the owners of the French Laundry, along with numerous other policyholders, litigate insurance coverage of COVID-19-related mandatory closures under their business interruption clauses, some states are considering legislation to mandate such coverage under those clauses. [See the author’s companion article regarding the underlying business interruption coverage dispute.] Insurers are threatening constitutional challenges in the hopes of preventing passage in the first place. If states pass such laws anyway, will courts strike them down?

Article I, Section 10, Clause 1 of the U.S. Constitution states:

No State shall enter into any Treaty, Alliance, or Confederation; grant Letters of Marque and Reprisal; coin Money; emit Bills of Credit; make any Thing but gold and silver Coin a Tender in Payment of Debts; pass any Bill of Attainder, ex post facto Law, or Law impairing the Obligation of Contracts, or grant any Title of Nobility. (Emphasis added.)

The U.S. Supreme Court has stated that the so-called “Contracts Clause restricts the power of States to disrupt contractual arrangements….That includes, as here, an insurance policy.” (Sveen v. Melin (2018) 138 S.Ct. 1815, 1821.) Insurers argue that a mandatory coverage law affecting policies that would not otherwise cover COVID-19 losses would be just such a “Law impairing the Obligation of [insurance] Contracts.”

However, the Sveen court makes clear “not all laws affecting pre-existing contracts violate the [Contracts] Clause.” (Sveen v. Melin, supra, 138 S.Ct. at p. 1821.) Courts use a two-part test to determine whether it is violated. A law violates the Contracts clause if it “operat[es] as a substantial impairment of a contractual relationship” unless it “is drawn in an appropriate and reasonable way to advance a significant and legitimate public purpose.” (Id. at pp. 1821-1822.) Note that the Contracts Clause is limited to the states—it does not apply to Congress. While states are the primary regulators of insurance, Congress has certainly ventured into the insurance arena (e.g., ERISA, ACA), but with the polarization in Congress, action seems unlikely.

If Congress does not act, will state action pass constitutional muster? Starting with the second part of the test, does requiring insurance companies to cover businesses for business interruption “advance a significant and legitimate public purpose”? In California, “the remedying of a broad and general social or economic problem” constitutes such a purpose. (20th Century Ins. Co. v. Superior Court (2001) 90 Cal.App.4th 1247, 1269.)

Given the enormous number of interrupted businesses—only a small portion of which have business interruption insurance—but the still huge economic impact from the potential failure of those, it is not hard to argue that the law would meet this part of the test. Moreover, with proper care in drafting, it is easy to envision that the law could be fashioned in “an appropriate and reasonable way” and hence meet all of the requirements of this part of the test.

That takes us to the first part of the test: whether such a law “operat[es] as a substantial impairment of a contractual relationship.” “In determining the extent of the impairment, [courts] are to consider whether the industry the complaining party has entered has been regulated in the past.” (20th Century Ins. Co. v. Superior Court, supra, 90 Cal.App.4th at p. 1269 quoting Energy Reserves Grp., Inc. v. Kansas Power & Light Co. (1983) 459 U.S. 400, 411.) While the freedom to contract is strong in the insurance industry (Farmers Ins. Exch. v. Cocking (1981) 29 Cal.3d 383, 390), “it is a highly regulated industry, and one in which further regulation can reasonably be anticipated.” (20th Century, supra, 90 Cal.App.4th at p. 1269.) In 20th Century, a statute reviving time-barred claims stemming from an earthquake passed constitutional muster under the Contracts Clause, which certainly lends support to the conclusion that a law requiring one particular type of coverage would also pass muster.

Moreover, a law requiring carriers to provide business interruption coverage would not impair an insurance contract so much as further its purpose (See Sveen, supra, 138 S.Ct. at p. 1822), which is to ensure that companies have the financial support necessary to sustain business operations in the event disaster occurs. (See, e.g., Buxbaum v. Aetna Life & Cas. Co. (2002) 103 Cal.App.4th 434, 444.)

California has issued a warning to insurers not to discourage policyholders from filing business interruption claims. It may also have been meant as a warning to honor those policies or face legislation. If so, it did not get through to the French Laundry’s insurers. It is too early to assess the likelihood of legislation, but if it comes to pass, it seems likely that it can be crafted so as not to run afoul of the Contracts Clause.

Daniel J. Schneider is a New York based trial attorney and a Founding Partner at Farber Schneider Ferrari LLP. His practice centers around the real estate arena, representing developers, design professionals, interior designers, contractors and others with a multitude of issues which affect real property and construction projects. This includes, without limitation, property damage, construction defects, personal injury defense, neighbor disputes, corporate disputes, contractual issues and employment issues within the various companies. Mr. Schneider previously practiced in Southern California as General Counsel for an education-based start-up and is on the cusp of expanding his California practice. He opened his firm with his partners and a shared philosophy that good relationships are good business and that efficiency and effective advocacy cultivate a years-long attorney-client relationship that spans multiple matters.