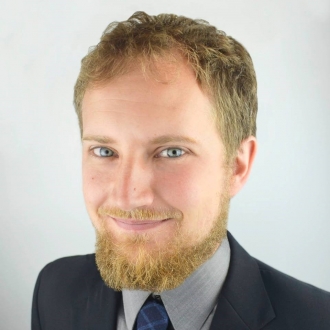 There is already a cottage industry of takes on how COVID-19 will change urban planning, and they mostly fall along familiar lines: Joel Kotkin and other sprawl apologists have said it heralds the end of dense living. Others have said that cities are more important than ever and that’s roughly where I fall too. I won’t link to anything here as bad takes don’t deserve it, but a quick search will turn them up.

But day-to-day planners don’t get to live in such a stark world. Long after COVID-19 ends up as another talking point lobbed at ideological opponents, they will need to plan based upon the desires of the community and their remit to make the safest places they can. This means that as they advise elected officials on planning, they need to understand the public health research on density and airborne contagious disease and how it applies to their community’s context.

Here, I hope to synthesize the current understanding of how this coronavirus spreads in communities and what it means for planners in Marin. An excellent roundup of the literature by Adam Rogers was published in Wired on May 201, and I’ll draw heavily from his work. But, if you stopped reading now, the takeaway is this: It’s not the density. It’s the crowding.

By the Census definition, crowding occurs when there are more than 1.5 people per room in a home. In Marin, this is only common in San Rafael’s Canal neighborhood2. In the Canal, approximately 30% of households are overcrowded, with 9% of homes hosting more than two people per room. That’s like having three people living in a one-bedroom, or five in a two-bedroom, as the living room counts as a room. Quoted in the Marin IJ on May 30, Marin County Public Health Officer Dr. Matt Willis said, “[People are] coming home to a setting where there may be six to 10 people living in a two-bedroom unit.”

It’s not hard to understand why crowding occurs. In an area without enough affordable homes, people get roommates. Among very low-income situations, families room with other families and singles bunk more than one per bedroom.

Density, the number of homes per acre, is not correlated with viral spread. In Chicago, density is negatively correlated with coronavirus cases, according to ProPublica Illinois3. In New York, a regression model I ran on New York City data found that density does not correlate with viral cases, whereas the crowding rate and the rate of driving to work does even when controlling for income. Worldwide, denser cities like Seoul and Hong Kong had less transmission than lower-density cities like Wenzhou (in China) or the rural areas of northern Italy.

The virus’s spread is also not correlated with transit use. As Rogers’ Wired article explains, an early paper from MIT tried to make this correlation in New York City by mapping viral cases to the subway network, but peers and critics actually found the opposite, that car-dependency in New York was more closely related to cases than the subway. My regression model found the same. Laura Bliss, writing in CityLab on April 21, pointed again to transit-dependent Seoul and how much more successfully it has avoided the high infection rates of New York4. To that, I would add Paris (31 per 10,000 people as of May 23, 2020, according to the New York Times’ tracker5) and Tokyo (just four per 10,000 people, according to Google’s tracker6).

Instead, it’s about crowding, especially crowding among lower-income people. NYU’s Furman Center found correlations between crowding, poverty, and viral cases7. In Singapore, viral cases are highest in crowded migrant dorms, according to Rogers’ Wired piece. On the income side, lower-income people are more likely to have the kinds of low-income service jobs deemed essential and are more likely to need to go to work because of a lack of savings generally. This puts them into more situations where they could be exposed to the virus. In my regression model, there was a strong negative correlation between income and infection rate.

On the crowding side, a crowded home multiplies the number of people who can potentially get infected and then spread it to others. If one person comes home with the virus, they can spread it to everyone living there. Crowding also makes it nearly impossible to self-isolate, which requires a separate bedroom to live in for two weeks. If you share a one-bedroom apartment with two other people, where will your roommates go?

As mentioned, crowding in Marin is overwhelmingly concentrated in The Canal. In the short-term, the IJ reports that San Rafael has been giving hotel rooms to essential workers and those who have caught the coronavirus who live in crowded conditions so they can isolate. In the long-term, crowding needs to be addressed specifically. Untangling crowding without disrupting the Canal’s community will be a significant problem for planners, but one they need to tackle.

This might mean building better connections between The Canal and nearby neighborhoods, especially Montecito. Work has already begun on improving East Francisco, which is a great first step. It will also mean allowing underutilized parcels to be redeveloped into extremely low-income housing that fits with the cultural expectations of the neighborhood. There’s no guarantee these homes would be filled by existing residents of the area, but targeted advertising might help.

But this is where the tangle begins. As mentioned above, crowding occurs when there aren’t enough affordable homes, and many of the apartments in The Canal that are overcrowded are expensive market-rate homes. The only way many families can afford to live there is by bunking with other families, and so crowding is a matter of survival. Allowing the area to de-crowd would necessarily mean a disruption to the neighborhood and possible gentrification as people shift around. If the city or county purchased the apartments to slash rents and stabilize the area, they might put undocumented residents at risk of eviction as federal public housing funding rules change. Further, the move would have significant financial and political ramifications.

But even putting apartments under county ownership is just a patch. Fundamentally, there are just not enough homes at an affordable price for San Rafael’s lowest-income families. That is something San Rafael and the county can start to address, but to be solved the Bay Area needs millions of new homes. And, because this isn’t an issue of density, whatever homes San Rafael does build should be high-density, transit-oriented communities.

As Marin’s planners, both municipal and county, continue to do their work, they need to keep an eye on any program that might help resolve this issue. It is not just something that can be put on the back burner but should be front-of-mind as they do their work. It is not just a matter of quality of life for people crammed into homes built for half as many people. It is a matter of life and death.

We don’t know when the next pandemic will hit or how it will transmit, but like this one, it will probably hit our most crowded, lowest-income neighborhoods hardest. Plan for that.

A version of this article originally appeared on David Edmondson’s urban policy blog The Greater Marin.

1 Adam Rogers, ‘How Does a Virus Spread in Cities? It’s a Problem of Scale,’ Wired, 20 May 2020.
2 U.S. Census Bureau, ‘Tenure by Occupants Per Room American Community Survey 1-Year Estimates,’ 2018.
3 Haru Coryne, ‘In Chicago, Urban Density May Not Be to Blame for the Spread of the Coronavirus,’ ProPublica Illinois (blog), 30 April 2020.
4 Laura Bliss, ‘The New York Subway Got Caught in the Coronavirus Culture War,’ CityLab, 21 April 2020.
5 The New York Times, ‘France Coronavirus Map and Case Count,’ The New York Times, sec. World, accessed 27 May 2020.
6 Google, ‘Coronavirus (COVID-19) Tokyo,’ Google News, accessed 27 May 2020.
7 ‘COVID-19 Cases in New York City, a Neighborhood-Level Analysis,’ NYU Furman Center, The Stoop (blog), 10 April 2020.
David Edmondson writes the blog The Greater Marin and is principal of Edmondson Planning and Design, a boutique planning firm. Though now based in Washington, DC, David hails from San Anselmo and, as he puts it, Marin never really leaves a person. You can find him on Twitter as @theGreaterMarin and online at theGreaterMarin.org and EdmondsonPlanning.com, and can reach him by email at david@edmondsonplanning.com.