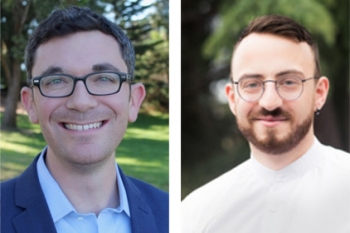 Editor’s Introduction: The Marin Lawyer’s civil rights issue in June 2019, brought you an article on three consolidated cases in which the U.S. Supreme Court had granted review on the question whether the Civil Rights Act prohibits discrimination against LGBTQ employees. Just over two weeks ago, to the surprise of many, the Court ruled that it does. David Nahmias, the author of last year’s article, works for Berkeley’s Impact Fund, a nonprofit working to advance civil rights through grants, trainings, litigation and other means. We invited him to report on this momentous civil rights decision, which has implications for numerous other statutes, and offers insight into the judicial philosophy of the author of the majority opinion—the Court’s second-newest justice, Neil Gorsuch.

Last month, the U.S. Supreme Court issued a watershed decision in Bostock v. Clayton County, (June 15, 2020, No. 17-1618), 590 U.S. ___ (Bostock), holding that Title VII of the 1964 Civil Rights Act prohibits employment discrimination and harassment based on sexual orientation and transgender status. In a far-reaching 6-3 opinion, Justice Neil Gorsuch concluded for the majority that “[a]n employer who fires an individual merely for being gay or transgender defies the law.” (Id., slip op. at 33.) With its unequivocal, cogent, and textually-grounded analysis, Bostock is one of the strongest statements by the Court that Title VII is a broad, sweeping statute that protects vulnerable groups from discrimination in the workplace.

The Bostock decision consolidates three separate cases appealed to the Supreme Court: Bostock v. Clayton County, No. 17-1623; Altitude Express, Inc. v. Zarda, No. 17-1618, and R.G. & G.R. Harris Funeral Homes, Inc. v. EEOC, No. 18-107. Donald Zarda and Gerald Bostock were both fired after each disclosed their sexual orientation at work. Aimee Stephens, the employee in Harris Funeral Homes, was fired after she explained to her supervisor that she was transgender and intended to comply with the female dress code at work.1

The Supreme Court ruled that in all three cases, the employees were fired at least in part because of their sex in violation of Title VII. The statute unambiguously prohibits an employer from “discriminat[ing] against any individual…because of…sex[.]” (42 U.S.C. § 2000e-2(a).) The Court simply read the statute and held that the “straightforward application” of the word “sex” means that discrimination based on sexual orientation or gender identity necessarily involves discrimination because of sex. (Bostock, slip op. at 12.) These traits, according to the Court, are “inextricably bound up with sex,” and discrimination on those grounds requires an employer to “intentionally treat individual employees differently because of their sex.” (Id. at 10.) For example, if an employer fires a man for his attraction to men, but would not have fired a woman for her attraction to men, that employer has discriminated against the male employee because of his sex. (Id. at 9–10.)

The Court applied a strict textualist approach, explaining that “only the words on the page constitute the law adopted by Congress and approved by the President.” (Id. at 4.) Considerations about what motivated legislators in 1964 are irrelevant: “Judges are not free to overlook plain statutory commands on the strength of nothing more than suppositions about intentions or guesswork about expectations.” (Id. at 33.) In Bostock, the textualist analysis demonstrates that sex is logically and “undisguisabl[y]” linked to sexual orientation and transgender status. (See id. at 2.) A person’s sexual orientation and their gender identity cannot be fully defined without reference to their sex. Imagining a checkbox for LGBTQ applicants on a job application, the Court wrote: “[T]ry writing out instructions for who should check the box without using the words man, woman, or sex (or some synonym). It can’t be done.” (Id. at 18.2) Finding the plain terms of Title VII to be unambiguous, the Court concluded, “our job is at an end.” (Id. at 24.) Bostock should not be read to foreclose extratextual sources to clarify an ambiguous statute: “Legislative history, for those who take it into account, is meant to clear up ambiguity, not create it.” (Id. at 24, quoting Milner v. Dep’t of Navy, 562 U.S. 562, 574 (2011).) Title VII, however, does not present such ambiguity in this instance.

In their separate dissents, Justice Alito—joined by Justice Thomas—and Justice Kavanaugh deride the majority, claiming that it is legislating from the bench and disregarding the ordinary meaning of sex discrimination as it was understood in 1964. They also accuse the majority of cherry-picking from the textualist school of thought, like a “pirate ship [that] sails under a textualist flag.” (Bostock, slip op. at 3 (Alito, J., dissenting).) The majority rejected those arguments, responding that “‘the fact that [a statute] has been applied in situations not expressly anticipated by Congress’ does not demonstrate ambiguity; instead, it simply ‘demonstrates [the] breadth’ of a legislative command.” (Bostock, slip op. at 24 (alterations in original) (citation omitted).) With respect to Title VII, “Congress adopted broad language,” and “[w]hen Congress chooses not to include any exceptions to a broad rule, courts apply the broad rule.” (Id. at 33, 19.) Decades of decisions interpreting Title VII demonstrate its breadth, prohibiting discrimination against mothers, larger mandatory pension contributions from female employees, and harassment by a member of an employee’s same sex. (Id. at 12–14.3) In all these cases, the Court said, the lesson is the same: intentionally treating an employee differently based on their sex, even in part, is unlawful sex discrimination. And today, discriminating against an LGBTQ employee is no different.

The effects of Bostock are wide-ranging and already rippling across the country. Although California’s Fair Employment and Housing Act has explicitly prohibited workplace discrimination based on sexual orientation, gender identity, and gender expression for almost two decades,4 twenty-five states and three territories still do not.5 Thanks to Bostock, LGBTQ workers in every state and territory are now protected from employment discrimination and harassment under federal law—meaning they can seek relief through the Equal Employment Opportunity Commission and federal courts. Other communities also stand to benefit from the decision’s unequivocal language declaring the breadth of Title VII’s protections.

Bostock’s reasoning will likely extend to other civil rights statutes that prohibit sex discrimination, including the Fair Housing Act, Title IX, and the Affordable Care Act’s section 1557, which prohibits healthcare discrimination. Just three days before the Court issued its ruling, the Trump Administration released a regulation declaring that section 1557 does not protect LGBTQ people—amid the global COVID-19 public health crisis, no less.6 The Administration relied on a cramped interpretation of “sex” that is now likely inconsistent with Bostock’s broad view. As alleged by a lawsuit recently filed by LGBTQ healthcare providers challenging the rule: “To be clear, Bostock’s holding…forecloses [the Department of Health and Human Services’] attempts to deny the full protection of Section 1557 to LGBTQ individuals and patients in health care settings.”7

Justice Alito’s dissent raises many of these “far-reaching consequences” as causes for concern. (Bostock, slip op. at 44 (Alito, J., dissenting).) We at the Impact Fund see them as opportunities for progress, and our work is far from finished. Federal law still does not explicitly prohibit sex discrimination (including discrimination based on sexual orientation and gender identity) in places of public accommodation, such as stores, restaurants, hotels, even adoption agencies and transportation services. It is time for Congress to pass the federal Equality Act and enact comprehensive nondiscrimination protections for LGBTQ people in all areas of life.8 Even after Bostock, LGBTQ people of color, especially Black and Latina transgender women, continue to face the threat of violence and disproportionate discrimination in many areas of their lives.9 Until our legal system and society address systemic racism and violence in all forms, true equality will remain incomplete.


1 For more background on the cases, see David Nahmias, Supreme Uncertainty for LGBTQ Rights: A Look at the Three Title VII Cases Pending Before the High Court, MARIN LAWYER (June 3, 2019).
2 The decisions below also explained that sex is necessarily intertwined with sexual orientation and transgender status. See EEOC v. R.G. &. G.R. Harris Funeral Homes, Inc., 884 F.3d 560, 575 (6th Cir. 2018) (“[I]t is analytically impossible to fire an employee based on that employee’s status as a transgender person without being motivated, at least in part, by the employee’s sex.”); Zarda v. Altitude Express, Inc., 883 F.3d 100, 113 (2d Cir. 2018) (en banc) (“Because one cannot fully define a person’s sexual orientation without identifying his or her sex, sexual orientation is a function of sex…Logically, because sexual orientation is a function of sex and sex is a protected characteristic under Title VII, it follows that sexual orientation is also protected.”).
3 See Oncale v. Sundowner Offshore Servs., Inc., 523 U.S. 75 (1998) (same-sex harassment); L.A. Dep’t of Water & Power v. Manhart, 435 U.S. 702 (1978) (pension contributions); Phillips v. Martin Marietta Corp., 400 U.S. 542 (1971) (per curiam) (mothers).
4 See Cal. Gov’t Code § 12940.
5 Employment Nondiscrimination: State, MOVEMENT ADVANCEMENT PROJECT, (last updated June 24, 2020).
6 Nondiscrimination in Health and Health Education Programs or Activities, Delegation of Authority, 85 Fed. Reg. 37,160 (June 19, 2020).
7 Complaint for Declaratory & Injunctive Relief ¶ 15, Whitman-Walker Clinic, Inc. v. U.S. Dep’t of Health & Human Servs., No. 20-cv-01630 (D.D.C. June 22, 2020).
8 The Equality Act passed the House last year but is languishing in the Senate. H.R. 5, 116th Cong. (2019).
9 See Violence Against the Transgender and Gender Non-Conforming Community in 2020, HUM. RTS. CAMPAIGN, (last visited June 29, 2020).
David Nahmias is a Law Fellow and attorney at the Impact Fund, a non-profit civil rights organization in Berkeley, where he leads an initiative expanding the community of advocates for low-income LGBTQ workers. He received his J.D. in 2018 from U.C. Berkeley School of Law, where he was a Supervising Editor of the California Law Review and Editor-in-Chief of the Berkeley Journal of International Law. David Maxson Harris is an intern at the Impact Fund and a rising third-year law student at U.C. Berkeley School of Law, where he is a Senior Executive Editor of the California Law Review.