2021 Officers & Board of Directors Slate Announced 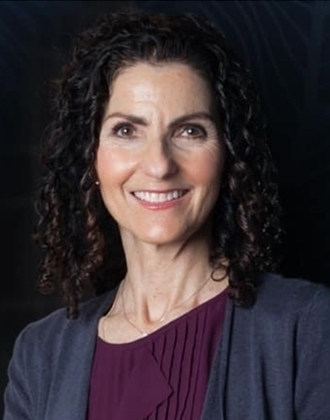 Hello fellow Marin Bar members! We are now in the full swing of summer, with Independence Day around the corner as of this writing. While we are unfortunately still in the grips of the COVID-19 pandemic, with the number of new cases spiking dramatically, the month of June did bring some positive news in the form of several actions by the conservative-leaning U.S. Supreme Court that came with varying degrees of surprise to many observers. Speaking of the Court, we are delighted to welcome back Professor Rory Little this summer for his always fascinating recap of the Court’s term and a look ahead to the next one. Information about Professor Little’s upcoming July 23rd webinar is in our events section. Be sure to sign up early, as we have limited capacity on Zoom for this popular event.

No doubt Professor Little will discuss the Court’s remarkable June 15, 6-3 decision authored by Trump appointee Neil Gorsuch, holding that Title VII of the 1964 Civil Rights Act prohibits discrimination in employment based on sexual orientation or gender identity. This sweeping victory for LGBTQ rights came as somewhat of a shock. The appointment of conservative justices by the Trump administration has raised concern for the future of civil rights for the LGBTQ and other marginalized communities. While concern remains, this victory is significant enough that we asked the author of last year’s Marin Lawyer article about the cases to report on the decision. I encourage you to read his analysis of the opinion in Bostock v. Clayton in this issue of Marin Lawyer News & Notes. In sum, Justice Gorsuch concluded that the language of Title VII prohibiting discrimination “because of sex” also applies to “sexual orientation or gender identity.” Significantly, the ruling brings protection from discrimination in employment by the force of federal law to gay and transgender individuals in the 25 states and three territories that did not have such protection. This is a resounding victory for the community, and a welcome sign from a court often seen as politicized.

On the same day, the Supreme Court handed a victory to California’s immigrant communities. The Court let stand a ruling from the Ninth Circuit holding that state and local governments can declare themselves sanctuaries and thereby refuse to help federal immigration officials enforce immigration laws. California law bars police and sheriff’s offices from notifying federal agents when undocumented immigrants are about to be released. The Justice Department claimed that California had no right to obstruct federal law by adopting laws that made the jobs of federal immigration authorities more difficult. By refusing to hear the case, the high court let stand California law, with the effect that local authorities do not need to “tip off” ICE agents when an undocumented person is released from custody. The conservative Court’s action leaving a liberal Ninth Circuit decision in place was another surprise, reminding us to be grateful for the independence of the judiciary.

The third surprise came three days later, on June 18. In a 5-4 decision, the Supreme Court gave hope to the 700,000 “DREAMers,” whose legal status is dependent upon the Deferred Action for Childhood Arrivals (DACA) policy put into place by the Obama administration. Chief Justice John Roberts’ opinion blocked the Trump administration’s plan (engineered by former Attorney General Jeff Sessions) to dismantle DACA, at least for now. In its ruling, the Court considered the question of whether the administration had complied with procedural requirements requiring a reasoned explanation for the attempt to dismantle DACA. The Court concluded that it had not, stating that the Justice Department’s decision was “arbitrary and capricious” and ignored the evidence of DACA’s many successes. The DACA program enjoys wide popularity and support among not only Democrats and Independents, but a surprising majority of Republicans as well. The Chief Justice has been praised for his work in portraying the Court as apolitical, even in the face of today’s politicized and highly polarized society. As with the actions above, this decision renews our faith that our third branch of government is operating independently of an Executive Branch that seeks to subjugate our entire government to the service of its interests.

The July 4th holiday is an appropriate time to celebrate the continued independence of our judicial system, and its ability to protect the rights of marginalized communities in our society.

I hope you enjoy a safe and meaningful Independence Day!