Ending Mass Incarceration in the Face of COVID-19: Solutions Are Needed More Than Ever

The National Memorial for Peace and Justice. Source: https://museumandmemorial.eji.org/memorial 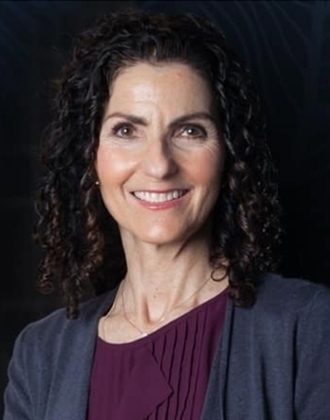 On July 17, our country laid to rest an icon of the Civil Rights Movement: Congressman John Lewis. At his funeral, numerous dignitaries, including three former U.S. Presidents, honored his lifetime of contributions to our country. Lewis served in Congress for 33 years, dedicating his life to the fight for equality and justice. And fight he did. Arrested over 40 times, beaten on numerous occasions, he is known to have counseled others to, “Get in good trouble, necessary trouble, and help redeem the soul of America.”

Civil Rights leader Xernona Clayton said that to Lewis, “getting in good trouble” meant “finding a way to right the wrongs in our society.” Doing so meant that complacency and inaction in the face of injustice were not options. Lewis embodied the words of Holocaust survivor and author Elie Wiesel:

We must always take sides. Neutrality helps the oppressor, never the victim. Silence encourages the tormentor, never the tormented. There may be times when we are powerless to prevent injustice, but there must never be a time when we fail to protest.

For the past two months, in the midst of a global pandemic, our country has been taking sides. On one, the largest protests in United States history are challenging us to address racism. On the other, the Federal government is trying to silence the voices of those seeking change. In Portland, the Department of Homeland Security sent paramilitary forces ostensibly to guard the federal courthouse. But “Trump’s troops,” as protesters have called them, have been accused of acting more like an occupying army. Firing tear gas, projectiles and stun grenades at hundreds of protestors, snatching demonstrators off the street into unmarked vehicles, they have finally left Portland, but it is unlikely to be the last we see of them.

Sadly, we have witnessed these events before. On March 7, 1965, Selma, Alabama was the site of the “Bloody Sunday” attack on 600 peaceful marchers led by none other than a 25-year-old John Lewis. That day, a planned civil rights march from Selma to Montgomery quickly ended in violence when state troopers and sheriff’s deputies attacked and beat the marchers. Protesting a state trooper’s fatal shooting of Jimmie Lee Jackson, a 26- year-old Black church deacon, the marchers were also protesting the lack of freedom, including the fundamental freedom to vote, of Black people in America. As they were peacefully crossing the Edmund Pettus Bridge, they were ordered to disperse. Moments later, police on horseback assaulted them with tear gas, bullwhips and billy clubs.

One of the first such incidents of police brutality to be broadcast on live television, the public outcry was immediate, spurring demonstrations in 80 cities across the nation. Two days later, Martin Luther King, Jr. led more than 2,000 marchers across the same bridge. Several days after that, President Lyndon B. Johnson spoke of the need for voting reform, a long-held goal of activists in Selma and elsewhere. On March 25, this time under the protection of the U.S. military and the FBI, Dr. King completed the march to Montgomery with 25,000 demonstrators. Five months later, President Johnson signed the Voting Rights Act of 1965 into law, with the purpose of “righting the wrong” of voting restrictions. What started with a march of 600 brave souls ended with one of the most significant pieces of legislation in our country’s history. Silence was not an option then and it should not be now.

History repeating itself is all the more reason to speak up. To paraphrase Santayana, to avoid repeating the past, we must remember it. And remembering it means teaching the real history of our country. Too often, our textbooks paint an erroneous picture of slavery, the Civil War and the Confederacy. As recently as the 1970s, some textbooks taught how well slaves were treated and claimed that slavery improved their lives over their “savage” origins. A 2018 survey by the Southern Poverty Law Center found that only eight percent of high school seniors knew that slavery was the central cause of the Civil War.

Even today, over 1500 monuments to the Confederacy still stand in the United States. Some say they represent our history, and that they should be allowed to stand as recognition of our past. I disagree. These monuments should come down. As a child of Holocaust survivors, I know that the danger of history repeating itself is sobering, and that it can be combated by education and knowledge of the truth. But a monument serves as a tribute, as an honor. To the extent that monuments educate, Confederate monuments miseducate by honoring traitors to our country. Instead, we should follow the example of Bryan Stevenson and the Equal Justice Initiative, which opened the National Memorial for Peace and Justice in Montgomery, Alabama in 2018. Growing out of research into the history of lynchings, this memorial was conceived with the hope of creating a sober, meaningful site where people can gather and reflect on America’s history of racial inequality. Information about the memorial and how to support the work of EJI can be found at www.eji.org.

Besides monuments and statues, many places, institutions and structures bear the names of people who have contributed to racism and bigotry in our society. Edmund Pettus, namesake of Selma’s bridge, was not only a lawyer, judge, and U.S. Senator, but also a Confederate general, a lifelong white supremacist and a Grand Dragon of the Ku Klux Klan. Pettus was the exact opposite of the freedom now symbolized by the bridge. Efforts have been made to rename the bridge in the past, but John Lewis himself opposed them, saying that the name should serve as a reminder to us to remember the “unvarnished truth.” Since his passing, however, a renewed effort has been launched to rename it the “John Lewis Bridge” as a tribute to his life’s work for equality.

Unremembered history does indeed have a way of repeating itself. By taking the time to educate and inform ourselves about the world outside of our comfort bubble, and to educate others, we help create a future that can leave the inequities of the past behind. To this end, I share below three sources for self-exploration and education, from the ABA, Smithsonian magazine, and (surprisingly) British Vogue.

I look forward to seeing you all whenever we can. Meanwhile, stay safe and healthy. And with MCBA’s help, stay connected, and stay informed and engaged.