How Many Jurors Does It Take to Overrule a Precedent? Ramos v. Louisiana and Stare Decisis 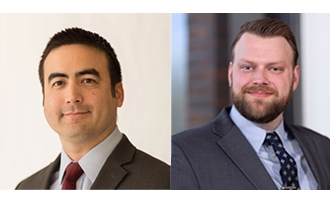 In its recently ended term, the Supreme Court held that the Sixth Amendment right to a jury trial, incorporated against the states, requires a unanimous verdict to convict a defendant of a serious offense in state court. (Ramos v. Louisiana, 140 S. Ct. 1390 (2020).) The case generated substantial interest even though only two states permitted non-unanimous verdicts (the other was Oregon). Why? Because the case involved overruling a precedent, Apodaca v. Oregon, (1972) 406 U.S. 404, and offers an opportunity to read the judicial tea leaves for how the justices’ views on stare decisis might apply to other precedents, Roe v. Wade among them.i

The Court traditionally considers the following factors when it revisits precedent:

(1) The quality of the decision’s reasoning;

(2) Its consistency with related decisions;

(3) Legal developments since the decision; and

(4) Reliance on the decision.

In overruling Apodaca v. Oregon, (and its companion case, Johnson v. Louisiana, 406 U.S. 356 (1972)), the Ramos Court criticized Apodaca’s reasoning, especially Justice Powell’s solo concurrence that agreed with one set of four justices for federal courts and the other set of four for state courts, creating different rules for each, and especially the functionalist (i.e., cost-benefit) approach of the five justices who ruled that the unanimity requirement did not apply to the states (factor one above). The Court discussed the history of the Sixth Amendment’s unanimity requirement before and after Apodaca (factors two and three) and minimized the impact of its decision on the states’ reliance interests in avoiding retrial in pending cases (factor four). We discuss each of the Court’s five opinions, highlighting portions that give insight into the justices’ views on stare decisis.

Justice Gorsuch, Writing for the Court, Joined in Full by Justices Ginsburg and Breyer and in Part by Justices Sotomayor and Kavanaugh.

Justice Gorsuch, joined by Justices Ginsburg and Breyer, questioned whether Apodaca was even controlling precedent. He distinguished Marks v. United States, 430 U.S. 188 (1977), which held that when a fragmented Court decides a case and no single rationale explaining the result enjoys the assent of five Justices, the holding of the Court may be viewed as that position taken by those justices who concurred in the judgments on the narrowest grounds. (Ramos, 140 S. Ct. at 1403.)

Justice Gorsuch asserted that Justice Powell’s unilateral dual-track rule in Apodaca yielded no controlling opinion because other members of the Court rejected the rule and it was contradicted by an unbroken line of majority opinions before and after Apodaca. (Id. at 1403-1404.) He also noted that adherence to precedent with no controlling opinion would do more to harm than advance stare decisis: It is usually a judicial decision’s reasoning that allows it to have life and effect in the disposition of future cases; unexplained decisions settle the issue for parties, but are not read as a renunciation of prior legal doctrines. (Id. at 1404.)

Justice Sotomayor wrote that overruling Apodaca was not only warranted, it was compelled. She emphasized that Apodaca was based on the plurality opinion of one justice that was irreconcilable with two strands of well-established constitutional precedent. Moreover, the constitutional criminal jurisprudence interests at stake were even greater than the property and contract interests in other recent cases where the Court overruled precedent. She also felt that the racism driving the original adoption of the Louisiana and Oregon laws permitting nonunanimous jury verdicts (something acknowledged by all parties) weighed in favor of overruling Apodaca. (Id. at 1408-1410.)

Justice Kavanaugh wrote an extensive historical review of the Court’s views on stare decisis. In doing so, he cited the term’s literal Latin meaning, Blackstone, the Federalist Papers, the current justices’ votes in other cases overruling constitutional precedents, and past notable and consequential landmark cases requiring the Court to overrule precedent to reach the decisions it did.

Acknowledging that adherence to precedent is the norm, Justice Kavanaugh distinguished overruling it in statutory cases from constitutional cases:

1) Stare decisis is comparatively strict in statutory cases because Congress and the President can alter the precedent by changing the statute;

2) Stare decisis is not as “inflexible” in constitutional cases, however, because the only alternative to overruling prior decisions is a constitutional amendment.

In reviewing the Court’s historical approach to stare decisis in constitutional cases, Justice Kavanaugh concluded that the Court has held that it must find some justification beyond that a case was merely wrongly decided. (Ramos, 140 S. Ct. at 1413-1414.) He then goes on to explore the factors the Court has used in finding that justification, arriving at a list of the four factors outlined above but with some additional ones: the age of the precedent, changed facts since the earlier decision, and the “workability” of the precedent. (Id. at 1414.) But he concluded that the Court had not established a consistent methodology or roadmap for how to analyze these factors taken together. (Id.)

Justice Kavanaugh felt that all of these factors “fold into” three broad considerations for overruling a prior constitutional decision:

1) Whether the prior decision was not just wrong but grievously or egregiously wrong (including examination of the quality of the precedent’s reasoning, consistency and coherence with other decisions, changed law, changed facts, and workability among other factors);

3) Whether overruling the prior decision unduly upsets reliance interests. (Id.)

Justice Thomas, Concurring in the Judgment.

Justice Thomas concurred in the judgment, but took a unique approach. He cited the Court’s clear precedent that the Sixth Amendment requires a unanimous jury verdict in felony trials, noting the Court had repeatedly reaffirmed it. He then cited his own concurring opinion in Gamble v. United States (139 S. Ct. 1960 (2019)) wherein he rejects the Court’s historical approach to stare decisis because it, “elevates demonstrably erroneous decisions—meaning decisions outside the realm of permissible interpretation—over the text of the Constitution and other duly enacted federal law.” (Id. at 1981.)

Justice Thomas’ approach entailed examining the history of the view that unanimous verdicts are required in order to determine whether the precedent is “demonstrably erroneous,” i.e., “outside the realm of permissible interpretations.” He concludes that it is not and is therefore entitled to stare decisis deference. (Ramos, 140 S. Ct. at 1423.) What Justice Thomas is essentially saying is that any decision that goes beyond his originalist view of what the Constitution permits should be overruled. (He goes on to reiterate his view that it is the Privileges and Immunities clause that leads to incorporation of rights against the states, not the Due Process clause.)

Justice Alito, Dissenting, Joined in Full by Chief Justice Roberts and in Part by Justice Kagan.

Justice Alito did not break new ground in his treatment of stare decisis. Essentially, he considered the same factors as the majority but weighed them differently. In particular, he viewed the majority as “lowering the bar” for overruling the Court’s precedents because it placed far too little weight on the reliance interest in Apodaca.

Justice Alito objected to the reasoning of the three justices who argued that Apodaca was not actually a precedent. He found that the Marks rule still applied to the decision and Justice Powell’s solo concurrence easily satisfied that rule as the narrowest common ground for the result that required unanimity of jury verdicts in federal but not state courts. (Ramos, 140 S. Ct. at 1430.)

He then examined the traditional factors for deciding whether to overrule a precedent as the majority did but disagreed with the majority’s interpretation of those factors. He noted the majority’s main factor was the “poor quality” of the reasoning of the Apodaca opinions and then proceeded to rebut the objections to that reasoning. He briefly examined other factors but found that the most important factor weighing against overruling Apodaca was the Louisiana and Oregon state courts’ reliance on it, finding that the Court was imposing a potentially crushing burden on the courts and criminal justice systems of those states. Indeed, he found that the reliance interest weighed decisively against overruling, finding that it was greater than in any of several contemporary cases where the Court overruled precedent. (Id. at 1432-1436.)

Justice Alito made a point of claiming that any racial motivation for the original nonunanimous verdicts laws was irrelevant (Id. at 1426-1427) and noted with a certain biting humor that the majority made a badly fractured decision with no apparent appreciation of the irony of its criticism of Apodaca as “badly fractured.” (Id. at 1432-1436.)