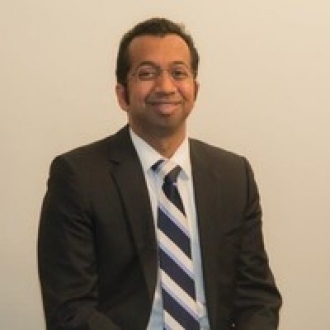 Eyewitness testimony can be the most compelling piece of evidence against the accused in a criminal trial, often making or breaking a case. According to Justice William Brennan Jr., “There is almost nothing more convincing than a live human being who takes the stand, points a finger at the defendant, and says ‘That’s the one!’” (Adam Benforado, Unfair: The New Science of Criminal Injustice 122 (2015).) Unfortunately, that is a problem: Eyewitness testimony is far too often inaccurate. Hundreds of innocent people have suffered years of incarceration as a result.

According to the Innocence Project, in the United States, almost 70 percent of the people exonerated post-conviction by DNA evidence had been convicted on the basis of eyewitness misidentification. (Alexis Agathocleous, How Eyewitness Misidentification Can Send Innocent People to Prison (Apr. 15, 2020), Innocence Project website, accessed Aug. 30, 2020.) In truth, the malleable nature of human memory and the limitations of (usually visual) perception mean that eyewitness testimony carries inherent risks of being inaccurate.

A growing body of research bears this out. Much of this research suggests different procedures in the criminal justice system would produce more reliable evidence and yet traditional eyewitness identification techniques persist in most jurisdictions. Erroneous convictions that result from misidentifications carry enormous costs not only in years of innocent lives spent incarcerated, but in the guilty remaining at liberty to commit more crimes, and in the public’s loss of confidence in the criminal justice system. That system needs to recognize that memories are neither static nor unsusceptible to outside corruption and that human perception has limitations not apparent in everyday life.

John Jerome White was sentenced to life in prison for the assault and rape of a 74-year-old Manchester, Georgia woman. He spent more than twenty years in prison before DNA evidence exonerated him. His case exemplifies the extraordinary credit juries give to eyewitness testimony and the devastating impact that poorly conducted identification procedures can have upon the innocent.

The victim in White’s case was attacked as she slept in her residence on the morning of August 11, 1979. She was beaten, raped, and robbed. So severe were her injuries that a rape kit could not be administered. At the crime scene, police recovered hairs on a bedding sheet that they determined were left by the perpetrator. The science of DNA evidence was not sufficiently developed at the time to be used in court, and under cross-examination at White’s trial, the criminalist testified only that the hairs “could” have come from White. (Benforado, supra, at 122.) Indeed, the physical evidence was far from compelling. But the eyewitness testimony was just the opposite.

Police had created a sketch of the assailant based on the victim’s physical description. Weeks later, a detective investigating White for a separate crime believed White matched the sketch from the rape case. The police then created a photo lineup and the victim positively identified White six weeks after the crime. One week after that identification, she identified White in a live five-person lineup. At trial, the victim unmistakably pointed out White, stepping off the witness stand and declaring, “That’s him!” White never wavered in maintaining his innocence.

In 2007, DNA tests on the hairs found at the crime scene excluded White from being the perpetrator. The actual attacker was identified, convicted, and sentenced to prison. Astonishingly, the real assailant had actually been one of the four fillers in the live lineup procedure, standing just two places away from White. And yet the victim identified White as the perpetrator with confidence. Clearly, in any given case, eyewitness testimony needs to be critically evaluated in order to assess what weight it should be given.

The Flaws of Memory and Perception

At White’s lineup, the victim stood eye-to-eye with her attacker. She had no incentive to pick White over the actual assailant who stood just a few feet to the right of White. There is no reason to believe she had anything but an earnest belief that White was the culprit. But her faulty memory and/or misperceptions resulted in a series of erroneous positive identifications.

Many of us imagine the mind as functioning like a videorecorder, recording events and having the capability to simply rewind and replay a memory. But as Benforado writes, “Memory is a constructive process perhaps best likened to creating a collage: we piece together various fragments and then fill in the inevitable white patches with our background knowledge, desires, and beliefs until we have something that is complete and usable. When we go to retrieve a memory, we are not simply rummaging through an old filing cabinet for a snapshot; as we search, we may in fact be rearranging the image.” (Benforado, supra, at 129-130.)

We commonly view our own memories as immutable, and few people appreciate the extent to which our recollections are impacted by circumstances existing at the time of an event, not to mention by circumstances after it. Our perceptions can be unconsciously influenced by many factors, such as lighting, noise, or the perpetrator and victim being of difference races. (Thomas D. Albright, Why Eyewitnesses Fail, 114(30) Proc. Natl. Acad. Sci. U.S.A. 7758-7764 (2017).) Use of a weapon during a crime has the effect of focusing an eyewitness’ attention on the weapon and not the perpetrator. (Benforado, supra, at 132.) Stress and emotion negatively affect the accuracy of memory. (Kenneth A. Deffenbacher et al., A Meta-Analytic Review of High Stress on Eyewitness Memory, 28(6) Law and Human Behavior 687-706 (2004).) Information learned about an event after it has already been perceived can also influence the earlier memory. And what will come as no surprise to many readers, memory retention rapidly declines with the passage of even just minutes. (Agathocleous, supra.)

The victim in White’s case was 74 years-old. Limited light in the room compounded the inaccuracy from the victim not wearing her eyeglasses. But what happened after the crime itself also colored the validity of her identifications. When shown the photo lineup, the victim identified White but expressed some hesitation. Police therefore conducted a live lineup one week later, where the victim stated she was convinced the attacker was White.

But only one person appeared in both the photo and live lineups: John White. Did the victim identify White at the lineup not because she recalled White as the person who attacked her weeks before, but instead because she recalled him as the person she saw a picture of and identified just days before? “Experimental evidence confirms that having come across a person’s face in a book of mug shots significantly increases the likelihood that a witness will select that person at a later lineup, even when the actual perpetrator – someone else – is present.” (Benforado, supra, at 136.)

Other perhaps surprising factors can also influence and corrupt a recollection. Seemingly innocent statements made by officers during the course of an identification procedure can taint a memory. For example, positive feedback from officers such as, “You got him!” after a victim makes an initial identification can serve to confirm her identification, inflating her confidence in the recollection, including one that is incorrect.

New Jersey has been at the forefront of reforming identification procedures and the admissibility of such evidence. In 2011, the New Jersey Supreme Court issued a groundbreaking decision intended to reduce the likelihood of false identifications. (State v. Henderson (2011) 208 N.J. 208, 287, modified by State v. Anthony (2019) 237 N.J. 213, 233.) In Henderson, the court explained, “We are convinced from the scientific evidence in the record that memory is malleable, and that an array of variables can affect and dilute memory and lead to misidentifications. Those factors include ‘system variables’ like lineup procedures, which are within the control of the criminal justice system, and ‘estimator variables’ like lighting conditions or the presence of a weapon, over which the legal system has no control.” (State v. Henderson, supra, at 218.)

A defendant who can establish suggestiveness resulting from a system variable is entitled to explore the effect of system and estimator variables at a pretrial suppression hearing. (Id. at 288.) A non-exhaustive list of factors a court should consider in evaluating whether there is evidence of suggestiveness include: whether the administrator told the eyewitness that he is not obligated to make an identification and that the suspect may not be present in the lineup; whether the witness received any information or feedback about the suspect or crime, either before, during, or after the identification procedure; whether the administrator recorded a statement of confidence from the witness immediately after the identification, before the possibility of taint from any confirmatory feedback; and whether the case involved a cross-racial identification. (Id. at 290-293.) Moreover, the Court found that enhanced jury instructions should be given on factors that may implicate the reliability of an identification in appropriate cases. (Id. at 298.)

A Call to Action

The number of wrongful convictions attributable to misidentifications and the associated individual and societal costs demand widespread adoption of research-informed eyewitness identification procedures. It is time for California to take meaningful steps to reform the criminal justice system by simply accounting for reality: memory and perception operate differently from how that system assumes they do and the criminal justice system needs to change in light of the evidence. It is not an easy task but the costs of not undertaking it are high, including one our Constitution abhors: the innocent going to jail.