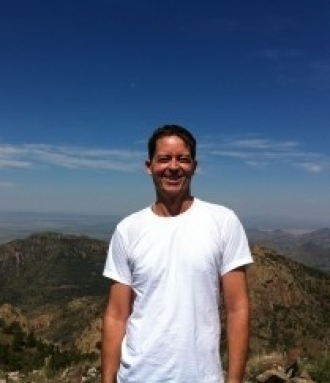 We chose our criminal justice theme for this issue back in December. Little did we know just how prominently many of the issues addressed in this month’s articles would figure in today’s headlines, not to mention the political landscape. So many criminal justice issues are part of our daily news that one of the most significant reforms to the criminal justice system in ages, one we will be voting on in November, hardly seems to be on the radar: bail reform. Until recently, the elimination of cash bail has been at the forefront of the public discussion of criminal justice reform. Assembly Member Rob Bonta, one of the authors of California’s original bail reform bill now on hold because of the upcoming referendum, writes about why he thinks we urgently need to eliminate cash bail. As with most problems of the criminal justice system, the deleterious effects fall disproportionately on people of color and the question of racial bias pervades most of the articles in this issue even when it is not being discussed.

Another part of the criminal justice system many find ripe for reform is jury selection. MCBA board member Emily Charley writes about racial bias in jury selection. California’s AB 3070 would bring a significant change to voir dire by allowing objections to peremptory challenges based on suspicion of racial or other biases. It passed the Legislature and awaits the governor’s signature or veto. Emily argues that this reform is a good start but it addresses only the end of the jury selection process and reform should not stop there. She suggests several ways to enable greater diversity in the jury pool, one of which received a boost from the Legislature in a bill also sitting on the governor’s desk: using lists of all tax filers as the source of jurors.

Jury trials are one of the parts of the criminal justice system most affected by the COVID-19 pandemic. Most of us are aware of the innumerable logistical challenges our courts are facing. Perhaps the greatest challenge is conducting jury trials safely. Our courtrooms were not designed for social distancing. Having a jury trial that is fair to the defendant and also protects all of the participants is difficult. Judge Simmons is presiding over the first jury trial in Marin—which began just last week—since the pandemic began. It is not easy. And the court does not have the capacity for many trials. The inability to have jury trials has led the court to suspend California’s speedy trial rights. Morgan Daly argues that it is time to stop the suspension. In her view, the result will not be the dismissal of case after case but more equitable bargaining power in plea negotiations.

Turning to the prison end of the justice system, last year’s MCBA President, Charlie Dresow, reviews two books examining mass incarceration in this country and what we might do to undo it and why. This issue has gained urgency with the pandemic, which is laying bare the overcrowding and frequently deplorable conditions of our prisons. Charlie shows us the horrifyingly quick progress of COVID-19 into San Quentin, which is just one result of our country’s mass incarceration, which counts more prisoners than India and China combined. (I’ll leave it to you to figure out how much higher their populations are than ours. Hint: It’s approaching an order of magnitude.)

At the opposite end of the justice system, one of many controversies relates to school resource officers. Real police assigned to schools, they bring the criminal justice system directly into our educational system. While some view them as necessary for discipline, many others see them as criminalizing ordinary student misbehavior, making learning more difficult and creating a school-to-prison pipeline. Zianah Griffin discusses the role of school resource officers here in Marin and argues forcefully that they should be eliminated. Doing so would result in fewer students going to prison and fewer lives derailed.

Another systemic change that reduces the flow of people—particularly our youth—to prison is the use of restorative justice instead of the traditional criminal process. District Attorney Lori Frugoli demystifies restorative justice and surveys the surprising number of successful programs using it in Marin. The statistics for programs like the one Cindy Ayala runs as part of the probation department are remarkable—an extremely low recidivism rate and nearly perfect victim satisfaction. You’ll gain insight into how and why restorative justice works.

I have written in the Marin Lawyer before about the integrative law movement, which seeks to break law out of its legal box so that it is informed by the knowledge and wisdom of other professions, so that law better serves us based on how people actually resolve conflict and make decisions, so that law is based on how people and society actually work. One piece of this movement seeks to reform the criminal justice system in light of rapidly developing psychological, sociological, and other scientific knowledge (think cognitive neuroscience, for example). The use of restorative justice is one well-known example. Through an integrative law lens, MCBA board member Karthik Raju takes a look at a critical piece of the criminal justice system: eyewitness identification. From police procedure to courtroom procedure, our system is seriously flawed when it comes to eyewitness identification. We already have knowledge to improve how we collect and treat this evidence but only a few places have made changes. We need to reform our evidence-based justice system to reflect the actual evidence we have of how it’s not working.

Criminal justice was of course an issue before the U.S. Supreme Court this past term, even with the lowest number of decisions in decades. The cases included Ramos v. Louisiana, which held that the Constitution requires unanimous criminal jury verdicts in state courts. The case drew widespread attention not because of the prevalence of non-unanimous verdicts (only two states allowed them) but because it entailed overturning a precedent. Andrew Chan and Alex Promm review the decision’s five opinions for what they tell us about the justices’ views on stare decisis, a subject of keen interest to many who worry that landmark decisions may be overturned.

Be sure to also check out our regular features. The Ramos decision is one of the cases fan-favorite Professor Rory Little discussed in his annual Supreme Court roundup. If you missed it, check out MCBA board member Ahtossa Fullerton’s recap. (Professor Little will be returning this November for the CLE Fair.) Legal intern Cali Crum profiles the wonderful non-profit IANGEL. It has a global network connecting attorneys to pro bono work that advances women’s human rights. One of its programs trains attorneys in the use of California’s vacatur law to clear the criminal records of survivors of human trafficking. Don’t miss MCBA President Susan Feder’s first-ever video president’s message. Last but not least, our political columnist (and MCBA board member) Greg Brockbank pens his final column before the presidential election. While I always like to read what’s happening with local candidates, I found Greg’s review of the most contested U.S. Senate races to be particularly interesting with the election just two months away. You can also find his excellent summary of the many ballot propositions we’ll be voting on.

I would like to remind our readers that our articles reflect the views of their authors. MCBA is not endorsing any views presented in the Marin Lawyer and does not endorse political candidates. When we choose a theme for an issue, we seek out and encourage submissions from a wide variety of sources. I am constantly encouraging people to write for the Marin Lawyer and we welcome submissions regardless of viewpoint. Anyone should feel free to contact me or any board member about writing for the Marin Lawyer. We’ll be back in December with an issue about new legal developments this year.

Rob Rosborough is Of Counsel to Monty White LLP. He mediates disputes where an ongoing relationship is at stake, particularly adult-family conflict such as disagreement over caring for an aging parent, and HOA disputes. He also maintains an estate planning and HOA practice. Rob teaches at USF’s Fromm Institute (conflict resolution and history of science) and helps lawyers cope with the practice of law by teaching them meditation skills as a certified iRest® meditation teacher.