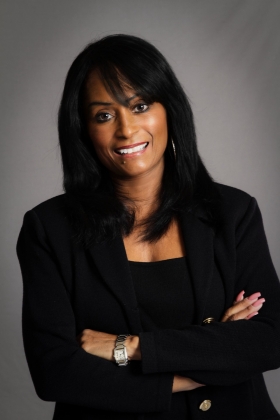 Copyright owners frequently hear—from friends, advisors, and even some attorneys—that they have a copyright the very moment they reduce their original content into a tangible fixed format. While this is statutorily true, for all intents and purposes it is not in practice. The Copyright Act of 1976 states, “Copyright protection subsists … in original works of authorship fixed in any tangible medium of expression, now known or later developed, from which they can be perceived, reproduced, or otherwise communicated, either directly or with the aid of a machine or device.” (17 U.S.C. § 102(a).) Unfortunately, relying upon this provision renders copyright owners helpless and often frustrated when they need protection the most. The Fourth Estate Public Benefit Corporation discovered this the hard way.

In Fourth Estate Public Benefit Corp. v. Wall-Street.com (2019) 139 S.Ct. 881, the United States Supreme Court gave the copyright infringer a stunning victory over the copyright owner. Fourth Estate is a news group that licenses its articles to organizations, while retaining the copyright. Defendant Wall-Street.com purchased a license to display a variety of articles on its website. After the license had expired, the defendant continued to display the articles without permission. The Copyright Act identifies a copyright infringer, in part, as someone who "violates any of the exclusive rights of the copyright owner as provided by sections 106 through 118.” (17 U.S.C. § 501(a).) The defendant’s continued display of the articles went beyond the scope of the license agreement and thus infringed plaintiff’s copyrights.

Despite this substantive violation that made defendant an infringer, a procedural requirement left the plaintiff without recourse. Copyright “registration” is not required for copyright ownership. However, it is required before filing a copyright infringement suit. Section 411(a) of the Copyright Act provides in part, “No civil action for infringement of the copyright in any United States work shall be instituted until … registration of the copyright claim has been made …. In any case, however, where the deposit, application and fee … have been delivered to the Copyright Office in proper form and registration has been refused, the applicant is entitled to institute a civil action for infringement if notice thereof, with a copy of the complaint, is served on the Register of Copyrights.” (17 U.S.C § 411(a).) As every trial lawyer knows, cases are often won and lost on the interpretation of a single word. “Registration” was the word here.

Over the past decade, a number of musicians have been sued for copyright infringement, as well as a number of other intellectual property law violations. A few have successfully defended the claims and others, not. The 1960s rock band Led Zeppelin is one of the successful ones.

Those old enough to remember—and many who are not—are familiar with the 1971 song “Stairway to Heaven,” widely considered one of the greatest rock songs ever written. Forty-three years after the release of the song, Michael Skidmore, trustee for the Randy Craig Wolfe Trust, filed a lawsuit alleging copyright infringement against Led Zeppelin and individual members of the band.

Randy California was a guitarist in the rock group Spirit. He wrote the music for the group’s song “Taurus” and was the sole copyright owner. He passed away in 1997, and his mother, who had become trustee of the Randy Craig Wolfe Trust (reflecting Randy California’s legal name), passed away in 2006. Skidmore then became trustee and eventually filed a copyright infringement claim on May 31, 2014.

The second prong of the copyright infringement analysis incorporates two distinct parts: First that there was actual copying of the work and second that there was unlawful appropriation. Rentmeester, supra, 883 F.3d at 1117. Collectively, these two factors are often referred to as “substantial similarity.” In this case, as is typical, there was no direct evidence of copyright infringement. Infringement must then be proven by circumstantial evidence. The plaintiff must show that the defendant had “access to the plaintiff's work and that the two works share similarities probative of copying.” Rentmeester, supra, 883 F.3d at 1117.

The outcome of most copyright infringement cases hinges on whether there was substantial similarity of the works at issue. The Ninth Circuit has held that “substantial similarity is inextricably linked to the issue of access,” and the court has consistently adhered to the “inverse ratio rule,” which permits “a lower standard of proof of substantial similarity when a high degree of access is shown.” (Three Boys Music Corp. v. Bolton (9th Cir. 1996) 212 F.3d 477, 485, citing Smith v. Jackson 84 F.3d 1213, 1218.)

After a jury verdict in favor of Led Zeppelin, followed by a series of remands and rehearings, Led Zeppelin ultimately prevailed in its six-year copyright dispute when the Ninth Circuit affirmed the lower court’s decision and the Supreme Court denied certiorari this October. The Ninth Circuit noted that, “The trial and appeal process has been a long climb up the ‘Stairway to Heaven’” and it concluded that Led Zeppelin’s mammoth hit did not infringe “Taurus,” stating:

This copyright case was carefully considered by the district court and the jury. Because the 1909 Copyright Act did not offer protection for sound recordings, Skidmore's one-page deposit copy defined the scope of the copyright at issue . In line with this holding, the district court did not err in limiting the substantial similarity analysis to the deposit copy or the scope of the testimony on access to Taurus. As it turns out, Skidmore's complaint on access is moot because the jury found that Led Zeppelin had access to the song. We affirm the district court's challenged jury instructions. We take the opportunity to reject the inverse ratio rule, under which we have permitted a lower standard of proof of substantial similarity where there is a high degree of access. This formulation is at odds with the copyright statute and we overrule our cases to the contrary. Thus the district court did not err in declining to give an inverse ratio instruction. Nor did the district court err in its formulation of the originality instructions, or in excluding a selection and arrangement instruction. Viewing the jury instructions as a whole, there was no error with respect to the instructions. Finally, we affirm the district court with respect to the remaining trial issues and its denial of attorneys' fees and costs to Warner/Chappell.

Skidmore is notable for the Ninth Circuit overruling its own “inverse ratio rule.” However, in doing so, it has joined the majority of circuits in recognizing that access to a copyrighted work “does not obviate the requirement that the plaintiff must demonstrate that the defendant actually copied the work. By rejecting the inverse ratio rule, we are not suggesting that access cannot serve as circumstantial evidence of actual copying in all cases; access, however, in no way can prove substantial similarity.” Skidmore, supra, 952 F.3d at 1066.

1 As the Ninth Circuit noted, there was no protection for sound recordings under the 1909 Copyright Act, which was the version applicable here, and the Court concluded that in such cases, copyright is based on the “deposit copy” (with the Copyright Office) of a song’s sheet music, which generally includes lyrics, basic chords and melody but little of the performance interpretation that makes a song unique. And in fact, it was “Stairway to Heaven’s” opening guitar arpeggios that were not in the deposit copy but were the main source of similarity to the earlier song.
Francine is Of Counsel at Monty White, LLP, a full service law firm in San Rafael, CA. She heads its Business and Intellectual Property Law Group, as well as managing its Palm Desert, CA office. Francine is a 1989 graduate of the Georgetown University Law Center and admitted to practice in California, New York, and the District of Columbia.