The (Never-Ending) Quest to Distinguish Employees from Independent Contractors 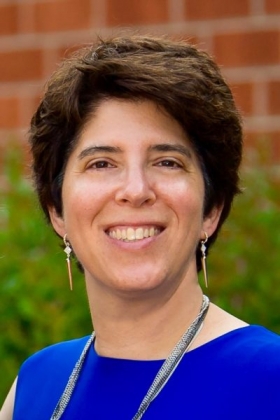 Borello. Dynamex. AB 5. Lyft. Uber. DoorDash. Prop. 22. Flexibility Lost. Benefits Gained. Who is and who is not an independent contractor has been the subject of considerable debate—in the courts, in the Legislature, and in the voting booth—and the fight will continue well into the future. What started in the courts as a change to a somewhat complicated multi-factor legal test has led to much lobbying and even a referendum on whether specific categories of workers are or are not independent contractors. Uber and its compatriots spent over $200 million to pass Proposition 22 to settle the question for just one type of job.

Why all the fighting? One reason is that classifying an employee as an independent contractor saves an employer a great deal of money. Independent contractors are not subject to numerous wage and hour laws, such as minimum wage, overtime, meal and rest breaks, sick leave laws, family leave laws, and discrimination laws (although the harassment laws do apply). Independent contractors pay for their own equipment. They pay one hundred percent of their social security and Medicare taxes. They either pay for their own benefits or do without them. They are not protected by the workers compensation laws or unemployment insurance laws. On the other hand, some workers prefer to avoid the potential headache of having to be beholden to an employer, preferring the flexibility that often goes with being an independent contractor. And certain professions that have always thrived as creative, independent contractors, e.g., musicians and freelance writers, found their livelihoods threatened by the restrictions of “employee” status that were suddenly imposed upon them by the passage of AB 5, discussed further below.

Originally, courts looked to the employer’s degree of control over the worker’s activities to determine whether the worker was an independent contractor or an employee. One test, which courts used in a variety of contexts, originated from Labor Code section 2750.5. This statute set forth a rebuttable presumption that a worker performing services was an employee unless it could be shown that: the individual had the right to control the manner of performance; was “customarily engaged in an independently established business”; and their independent contractor status was “bona fide and not a subterfuge to avoid employee status.” The statute also enumerated various factors indicative of the latter. (Cal. Lab. Code § 2705.5(c).)

In 1989, after years of dispute over what this meant, the California Supreme Court adopted an “economic realities” test, consisting of eleven potential, yet none dispositive, factors. (S.G. Borello & Sons, Inc. v. Department of Industrial Relations (1989) 48 Cal.3d 341.) Those factors were:

As had been the case for the past decades, the first factor, i.e., the employer’s right to control the manner and means of performance, was considered to be the most important factor in establishing the nature of the relationship. (Borello, supra, 48 Cal.3d at 404; Arzate v. Bridge Terminal Transport, Inc. (2011) 192 Cal.App.4th 491, 426.) The remaining factors were considered “‘secondary’ indicia of the nature of a service relationship.” (Borello, supra, 48 Cal. 3d at 350.) The Court confirmed that whether the parties proclaimed the worker to be an independent contractor was “not dispositive, and subterfuges are not countenanced.” (Id. at 349.) Importantly, the Court also confirmed that the employer bore the burden of proving the worker was an independent contractor. (Ibid.)

After continued disputes about what factors to apply and how, in 2018, the California Supreme Court issued Dynamex Operations West, Inc. v. Superior Court (2018) 4 Cal.5th 903. Limiting the decision only to occupations subject to the California Wage Orders,1 i.e., the Borello “economic realities” test would apply to non-Wage Order occupations, the Court adopted what it referred to as “a simpler, more structured test” known as the ABC test. (Id. at 955.) The Court held that the hiring entity had the burden to establish that the worker was an independent contractor by establishing each of the following three factors:

(A) That the worker is free from the control and direction of the hiring entity in connection with the performance of the work, both under the contract for the performance of the work and in fact; and (B) that the worker performs work that is outside the usual course of the hiring entity’s business; and (C) that the worker is customarily engaged in an independently established trade, occupation, or business of the same nature as the work performed.

(Id. at 957.) Perhaps anticipating the future, e.g., Proposition 22, the Dynamex court stressed the importance of the “B” factor: whether the worker performed work outside the usual course of the hirer’s business. Such a categorical requirement would ensure all workers with the same role received the protections of their Wage Order as none could “voluntarily” opt-out. The danger of not including such a strict requirement would allow employers of superior bargaining power to coerce employees to waive their protections “voluntarily” and allow the depression of wages. (Id. at 960.)

On September 18, 2019, Governor Newsom signed into law AB 5, codifying Dynamex and “clarify[ing] its application.” Expanding Dynamex beyond the Wage Orders, what became California Labor Code section 2750.3 memorialized the ABC test. But the statute continued past the ABC test to attempt to reference, in one place, all the exemptions, exceptions, and preexisting codifications of workers who had already been statutorily declared independent contractors, as well as to fall back upon the Borello test if for some reason a court might rule the ABC test did not apply. (Former Cal. Lab. Code § 2750.3(a)(3), (b).) This resulted in massive discontent from individuals and business owners.

Follow-Up Legislation: Article 1.5 and New (and Not-So-New) Rules for Many Jobs

The uproar led to the repeal of section 2750.3 and its replacement by Labor Code sections 2775 to 2787, which went into effect on September 4, 2020 (and per section 2785 are generally retroactive to work performed since the beginning of 2020). New Article 1.5, entitled “Worker Status: Employees,” begins with a declaration that, unless expressly excepted, the ABC test applies to the Labor Code, the Unemployment Insurance Code, and the Wage Orders and that the Borello test should be used when a court finds the ABC test inapplicable. (Cal. Lab. Code § 2775(b).)

Most of the remainder of Article 1.5 (sections 2776 through 2785) addresses different industries and professions that had either previously been expressly classified by statute as independent contractors or had complained vigorously about how AB 5 adversely affected them.

Section 2776 requires that the Borello test be used to determine independent contractor/employee status in cases the statute refers to as “bona fide business-to-business contracting relationship[s].” It then goes on to list 12 criteria (some of which overlap with the Borello factors and others of which do not) that must be met for Borello to apply. (Cal. Lab. Code § 2776(a).)

Likewise, section 2778 sets out six factors to determine when someone providing their own “professional services” directly to a client (as opposed to through a referral agency) is subject to Borello instead of the ABC test. It contains a long (and in this case, exclusive) list of professional services, sometimes with additional criteria to be met to qualify for exemption from the ABC test.

Section 2779 sets forth a “business-to-business exemption” which confirms that sole proprietors who work on a single-engagement event, i.e., a “stand-alone non-recurring event in a single location, or a series of events in the same location no more than once a week,” will be able to maintain their independent contractor status so long as eight criteria are met. These criteria are somewhat similar to the Borello test and focus mainly on control and independence. They are designed to ensure the independence of the sole proprietor so as to prevent an employer from misclassifying individuals who are really employees.

The music industry was very vocal about its discontent with AB 5. Section 2780 attempts to meet its concerns by applying the Borello test to certain occupations, such as recording artists, songwriters, lyricists, managers, record producers, directors, engineers, musicians, photographers, and independent radio promoters, whose occupations are in connection with “creating, marketing, promoting, or distributing sound recordings or musical compositions.” However, musicians and vocalists who are not royalty-based must be treated as employees “solely for purposes of receiving minimum and overtime wages for hours worked….” (Cal. Lab. Code § 2780(a)(4)(B).) Furthermore, musicians or musical groups who perform at a single-engagement live performance event are governed by the Borello test, unless they are the headliner at a larger venue, or are performing at a theme park, or in a musical theater production. (Cal. Lab. Code § 2780(b)(1).)

Clearly, employers need to be careful when classifying a worker as an independent contractor. The wrong decision, if willfully made, can subject the employer to civil penalties of up to $25,000 per violation, along with criminal action and even prosecution by the IRS. What’s a small employer to do? One can always search the internet for all synonyms that could be used to describe the employer’s business along with the phrase “independent contractor” to attempt to determine whether any exception, exemption, or determination has already been made about the status of the particular job. If you’re lucky, one will come up and you can see whether it covers the job at issue. Of course, it is always best for an employer to obtain legal advice from a knowledgeable legal professional, which in this arena means someone who is keeping up with the constant changes in the law. Given the pace of change, not to mention that lobbyists and employers are trying their best to legislate their own exceptions, it would be hard for even a large employer to keep up. With the substantial penalties for getting it wrong, employers should be certain they are making the correct determination before taking action.

1 The Industrial Welfare Commission (“IWC”), a Commission appointed by the Governor and residing within the California Department of Industrial Relations, has issued 17 Wage Orders, which regulate the wages, hours, and working conditions in certain industries or occupations.
For more than twenty-six years, employment attorney Patrice L. Goldman has provided compassionate, experienced representation for employees in a variety of workplace rights situations, both in the courtroom and through mediation. Recognized by her peers as one of the top employment lawyers in Northern California, Patrice was selected as a “Super Lawyer” “for the years 2004, 2005 and 2007 through 2018. She has also held an “AV” rating in the Lexis-Nexis/Martindale Hubbell Bar Registry (the highest rating for ethical standards and legal ability) for nearly two decades.