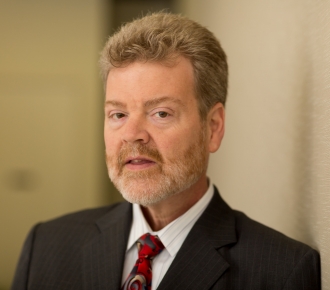 At MCBA’s February membership meeting, California Senator Mike McGuire and Marin Economic Forum CEO Mike Blakely addressed the timely topic of the economic impact of COVID-19 in Marin and what the future holds. Former MCBA Director Nestor Schnasse skillfully moderated a discussion full of salient observations about what has happened so far and where we are likely headed in the near future. Both Senator McGuire and Mr. Blakely impressed the audience with their sheer command of the relevant facts and related statistics regarding the nature of the pandemic’s impact as well as what is being done to address these challenges.

Like many other counties in California, the initial challenges Marin County faced from COVID-19 were primarily in nursing homes, eldercare facilities and retirement facilities. Marin County also had to deal with a crisis in San Quentin State Prison, where a rapidly escalating outbreak took both local and state action to quell. Since then, Marin County has done better than many other counties in both the number of tests administered and limiting further exposure and now it is ahead in the number of vaccines given. Currently around twenty percent of Marin County residents have been vaccinated, which includes not only those over the age of sixty-five but also healthcare workers, educators, childcare providers, and food service workers. While Marin County is among the leaders in the state in reopening schools, Senator McGuire anticipates a statewide agreement soon to reopen schools, which both presenters agreed was critical to rebuilding a robust economy. Indeed, an agreement trading funding for reopening was announced a few days later, although it remains to be seen how many districts take advantage of it.

Mr. Blakely discussed the specifics of the economic impact of pandemic-related business closures and job loss. While Marin County has a twenty-three-billion-dollar economy, it is an economy of small businesses, primarily in the hospitality, tourism, and personal services sectors. Seventy percent of the fourteen thousand businesses located in Marin County have between one and four employees. Small businesses generally do not have months of operating cash reserves and have been particularly susceptible to the effects of forced closures or other limitations on business. Compared to January 2020, Marin small business revenue is down nearly forty percent and there has been a loss of more than eleven thousand jobs. Moreover, the labor force has dropped by sixty-five hundred people, which is five percent of the entire county labor force and double the state average decrease.

Mr. Blakely noted that nationwide, much of the economic fallout and recovery is being described as “K-shaped,” meaning that different segments of the workforce and of the economy are affected in very different ways. Marin is no exception to this phenomenon. Those most affluent or who were easily able to transition to working remotely are doing as well if not better than ever. Homeowners have tended to see their property values increase in the past year. On the other hand, workers unable to work remotely, who generally tend to be lower income residents and renters, have been acutely affected. Homelessness has increased and four million more Californians are facing eviction.

There is, however, reason for some optimism. First, about the economy generally. For various reasons, California has a larger surplus now than it did in 2019 and received more venture capital investment in 2020 than every other state combined. Locally, the commercial real estate market has been healthy and resilient—the price per square foot is up, demand is high, and availability is down from what it was in 2019.

Second, the recently passed 9.6-billion-dollar California relief bill, which Senator McGuire described as unprecedented in size and scope, is carefully tailored to assist those most affected by the pandemic-related economic devastation that many at the lower end of the economy have suffered. Among the highlights, the state relief bill provides:


Third, California will be a significant beneficiary of the nearly two trillion-dollar federal relief package which is currently awaiting approval in the Senate: In addition to medical and vaccination funding, it is expected the package will provide huge investments in infrastructure, the green economy, and manufacturing. Senator McGuire noted that current best predictions anticipate the expected infusion of dollars into the state economy should cut an entire year off the recession.

While the public health situation locally has improved over the last few weeks, Senator McGuire predicts some bumpiness over the next one or two months, mainly from new virus variants and continued shortages in the national vaccine supply. The good news is that over the next few months, as the number of vaccination sites increases, and the newly approved Johnson & Johnson vaccine becomes available—which requires only one dose and can be stored in a regular refrigerator—he anticipates a marked reduction of infections beginning in May. This will also provide a substantial boost toward meeting the national goal of seventy-five to eighty percent of the public being vaccinated by the end of November. However, he admits that to achieve this goal, the state will have to average two million vaccinations per week starting in March, a goal which thus far has been elusive. He expressed confidence that by the end of the year, there will be drastic improvements, but mask-wearing will likely still be necessary until at least early 2022. While he sees loosening restrictions throughout this summer, it will still be some time before a reasonable degree of normalcy can be reached.

In the meantime, the Marin Small Business Development Center is a useful source of assistance.

Scott Buell is a mediator at Buell Law and Mediation where he mediates all types of civil cases, primarily personal injury and business/partnership disputes. He is currently an Officer of the Marin County Bar Association and former Chair of the ADR Section. His office is in downtown San Rafael. He also hosts remote mediations via Zoom.