Let’s Keep Giving Back as We Go Back to “Normal”

Are We at the Office Yet?

The Cyber Risk of Remote Work: A Primer for Attorneys on Working Securely at Home

A Crash Course in Cyber Insurance

Families and Family Law During the Pandemic: Changes from Remote Working and Learning

How to Disagree Online

How Virtual Will the Future Be? 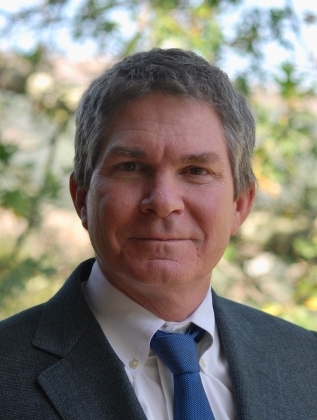 So, can y’all believe that it’s March already?

This year seems to be just racing along. At least it feels like we’re racing in the right direction, with hints that we might be (with fingers crossed) turning the corner on worst of this pandemic. After (can you believe it?) almost a full year of on-again, off-again shelter-in-place restrictions, the number of new cases has dropped dramatically over the past month, as have the number of hospitalizations and deaths in Marin, throughout California, and nationwide. As of this past weekend, more than 20 percent of the Marin population has received at least one dose of a vaccine. Restaurants are opening again—partially. Most importantly, schools are opening again for at least some classroom instruction. Dare we imagine in-person meetings and in-person court proceedings?

Since we are not there yet, I want to give a shout out to everyone who participated in our first and hopefully only virtual installation celebration last month. I thought it provided a great taste of our usual celebration in a very different format. We enjoyed inspiring speeches from this year’s scholarship recipients, and I am happy to report that the event was a big success. We raised more than $30,000 for the scholarship fund, ensuring that we will continue to be able to help the next generation of Marin lawyers, next year and in years to come. The board and I greatly appreciate everyone who participated to make the event a resounding success!

I also want to give a shout out to President-Elect Rob Rosborough. With the help of his editorial team, he is publishing the first 2021 edition of the Marin Lawyer e-magazine today. Every three months, Rob and his team of guest editors develop a theme and work tirelessly to find, write and edit quality content, providing useful and thought-provoking articles for our membership. Our outstanding creative director, Kiersten Ross, takes all of this content and produces what you actually see—the beautiful digital magazine. The originality, quality and readability of the Marin Lawyer is something we should all be proud of. The issue you are reading now is on the very topical theme of remote work.

So, I think that it is safe to say that one thing we’ve all learned a lot more about over the past year is working remotely. Maybe that will turn out to be a silver lining to these dark times. I’ve tried to be a good citizen and work from home whenever I can, and I’ve got to say, I’ve gotten to like it more than I expected.

When I first moved my law practice to Marin, I thought it was really important to have an office away from home. I was lucky to move into Colin Claxon’s and Jerry Ackeret’s building at 790 Mission Avenue—a building owned and run by local lawyers for local lawyers. The folks I rubbed shoulders with in the coffee room taught me all about the practice of law in Marin. At least three current or former presidents of the Marin Bar worked in the building: Len Rifkind, Marlene Getchell and Craig Dykman. They and others showed me, over those casual coffee room conversations, that joining and getting involved in the local bar association was a “no brainer.”

I wonder, though, when the pandemic is over, whether many of us will continue to spend at least part of our week working remotely from home? What will be gained and lost in this transition? Office shares anyone?

One big gain I’ve seen comes from holding at least some court proceedings remotely. Last year, I had a case venued in Los Angeles Superior Court. My job was to get the case moved to New York on the theory that the parties had contractually bound themselves to decide disputes in New York. The first time I appeared at the law and motion hearing telephonically last May, opposing counsel appeared in person, and before the hearing started I got to hear how much the judge appreciated seeing someone in his courtroom and how much he disliked the new rules allowing for remote appearances. But then the judge announced that there were some tricky contract formation questions involved in the case and that he would need to have the hearing reset after some additional briefing from both sides. The second time we appeared—in July, over Zoom—the judge apologized that he hadn’t had the opportunity to review the additional briefing and announced that he’d have to reset the motion to a later date. We finally had a full hearing in September with almost an hour’s worth of oral argument over Zoom and I’m happy to report that I won. In pre-pandemic times, three appearances in L.A. would have involved three full days of travel time. For early morning appearances in L.A. Superior, I probably would have ended up staying over the night before, at further expense to the client. With remote appearances now acceptable or even required, these three separate appearances took just a couple of hours—a tremendous savings in fees, not to mention travel expenses and jet fuel.

After we put the pandemic behind us, I suspect that it will continue to be normal practice for law and motion and case management appearances, as well as routine meetings, to be conducted remotely. I also expect that cross-country travel for a half-day meeting will be a thing of past. And that, I believe, is a good thing.

So, there are innumerable legal and practical problems to consider in the shift to remote work. This issue of the Marin Lawyer is timely and right on point, giving us food for thought, not to mention practical advice. Hat’s off to Rob and his editorial team!

Previous
The Marketplace
Legal Aid of Marin Seeks F/T Pro Bono Manager Reporting to the Executive Director, the Pro Bono Manager leads the development, management, implementation and evaluation of Legal Aid of Marin’s Pro Bono program including the Marin Pro Bono Network. For a full description of posting and details CLICK HERE. Send Cover Ltr and and resume to Vivian Alatorre, valatorre@legalaidmarin.org. Review of applications will begin immediately and continue until the position is filled.