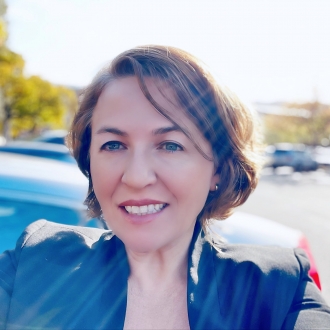 Marin County is the oldest and most rapidly aging county in the Bay Area. About 28% of Marin residents are 60 years old or older. This percentage is expected to increase to 33% by 2025 and 38% by 2030. This aging population is, unfortunately, a favorite target of scammers.

According to the Federal Bureau of Investigation, fraud and other financial abuse targeting older Americans results in over $3 billion in annual losses. A more comprehensive private sector study estimates annual losses of over $36 billion. Many scams specifically target older people because criminals believe them to be both more trusting and wealthier.

Financial exploitation of older adults refers specifically to a caregiver or other person in a relationship of trust, including family members, misusing or stealing the financial assets or personal identifying information from an older person. This theft may occur without knowledge or consent of the older person, or through fraud or deception. The Consumer Financial Protection Bureau (“CFPB”) has recently advised financial institutions to report suspected exploitation to local, state, and federal law enforcement and to file a Suspicious Activity Report with the Financial Crimes Enforcement Network. (See 12 CFR § 21.11.) Attorneys with elderly clients or loved ones may be able to identify financial exploitation by suspicious changes in wills or powers of attorney, bills left unpaid, significant withdrawals or unusual purchases.

An elder who becomes a victim of fraud should follow the instructions at IdentityTheft.gov to file a complaint and freeze their credit with the three credit bureaus. They may also contact their county’s Adult Protective Services (in Marin at 415.473.2774). Marin also has a Financial Abuse Specialist Team (FAST), consisting of public agency representatives and private professionals within the financial services industry. FAST assists with investigations into complex cases of suspected elder financial abuse.

Grandparent scams have been targeting older adults for several years. A fraudster calls a senior, pretending to be their grandchild. They claim to be experiencing an emergency. For example, they may claim to be trapped in a foreign country, in jail, or sick or injured. The grandchild's voice may sound unfamiliar because they are crying, have a poor connection, or from their purported illness. In recent years, scammers have used social media as a resource to execute the ruse. They may be able to learn the name, gender, and other identifying information of the grandchild they plan to impersonate through a grandparent's or grandchild's social media.

Traditionally, imposter grandchildren ask grandparents to send a gift card or wire money to help get them out of their alleged trouble. In 2017, Western Union agreed to pay the federal government $586 million as part of a settlement for aiding and abetting wire fraud, including wire fraud targeting grandparents. The FTC and AARP are now warning of a new twist: The scam begins with a similar phone call from a purported grandchild, but the scammers send someone to pick up cash or a gift card from the grandparent's home. Once grandparents hand their money to the scammer at the door, it is likely gone for good.

These scams are crimes that should be reported to the police. In addition, a victim or their advocate should report it to:

We can prevent seniors from falling victim to grandparent scams by helping them adjust their social media privacy settings and warning them not to panic if they receive a call like this, but instead, take a moment to call their grandchildren at a trusted phone number or check in with their parents.

In March, the CFPB filed a lawsuit against a Chicago-based company called BrightSpeed that allegedly processed $71 million worth of fraudulent charges for tech support, with many of those charges incurred by older Americans. People over age 60 filed more than two-thirds of the 15,421 complaints about tech support scams last year. These often begin with a call purporting to be from Microsoft, Apple, or a security software company, claiming that they detected a security problem on the elder’s computer. They request remote access to the computer and diagnose the computer with a virus or malware. Alternatively, some tech support frauds begin with an email indicating an account has been suspended. Others begin with a virus warning. Sometimes an elder inadvertently downloads "scareware" through a spam link or other software. In all instances, the scammer frightens the elder, threatening that a virus will destroy all the data on their computer. Sometimes the scareware causes the computer to freeze or otherwise behave strangely, underscoring the imminent threat.

A scammer impersonating tech support then requests credit card payments for repairs and services. Those credit cards may be charged repeatedly, after the "repairs" are completed. Sometimes the scammer actually infects the elder’s computer in the guise of making the "repair," and the cycle continues. They may even call again in a few weeks to ask if the elder was satisfied with the support. If not, the scammer obtains their bank or credit card information on the pretense of depositing a "refund." Microsoft has estimated that tech support scams defraud 3.3 million people a year, causing them to lose an average of $450 each.

Tech support scams should be reported to the victim’s computer company, as well as the FTC and the FBI's Internet Crime Complaint Center. In addition, consumers may be able to reverse payments through their credit card companies. If a victim was asked to pay for tech support services with a gift card, they may be able to contact the company that issued the card to stop payment. Keeping operating systems and antivirus software current and knowing they are current is one step elders can take to protect themselves.

Online dating has become a popular way to find companionship. It has also become a popular way to find money: According to the FTC, romance scams led to $304 million in losses in 2020, a 50% increase from 2019. Older Americans have been particularly hurt by these scams, with the median loss for people 70 years and older over $9,475, compared to median losses of $2,500 for other age groups.

Scammers pose as online suiters who live in other parts of the country or abroad. They suggest moving the relationship off the dating platform and into email or private message. The relationship progresses quickly. The new love would like to meet in person, but needs to borrow some money to do so. Or they have a family emergency and need financial help. They ask their target to wire money or send a gift card.

Elders can protect themselves from romance scams by treading carefully. They should be wary of overly effusive interest and photos that look like professional models. They should avoid revealing too much personal information that may make them targets of identity theft. They should never send money to anyone they have not met in person. Elders should report suspected romance scams to the online dating platforms, as well as the FBI's Internet Crime Complaint Center and the FTC.

These classic scams disproportionately affect seniors. The FTC reported Americans lost $166 million due to these scams in 2020, with 80 percent of these victims age 65 and older. In these scams, victims are contacted by phone, email, social media, or direct mail to alert them that they won a sweepstakes or lottery. All they have to do is pay taxes, customs, or another fee to receive their prize. Many of these scams originate in the Caribbean, particularly Jamaica. Once these scammers identify a person willing to pay, they may call several more times, promising a bigger prize each time. The Better Business Bureau reports some cases of truly tragic results, such as a woman who lost $150,000, her home, and her job in efforts to claim a bigger prize.

Ella Krainsky is an attorney and the Program Coordinator of the Mediation Unit in the Marin County District Attorney’s Office. Previously, she worked in the Division of Advertising Practices in the Bureau of Consumer Protection of the Federal Trade Commission.