A Plenitude of Programs 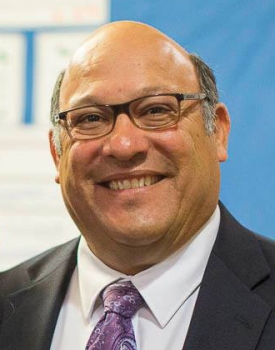 Following a career spanning four decades of distinguished service in public defender offices across California, Jose Varela retired as chief Public Defender of Marin County in March of this year. Jose’s illustrious career has been defined by a tireless work ethic, persistence, compassion, and an unwavering commitment to every client served by the public defender’s office. His contributions to the Marin community—and legal community at large—cannot be fully captured in these few paragraphs.

Born in El Paso, Texas to immigrant parents from Mexico (neither of whom spoke English), Jose’s family moved to a diverse but tough neighborhood in Long Beach when he was seven. He grew up among people from all backgrounds and walks of life, and he credits this experience with cultivating in him the deep sense of empathy he would need as an attorney representing indigent clients facing the most heinous allegations.

Jose came to Marin in 2001 as Assistant Public Defender, the number two position in the office. He was named Public Defender in 2010, and he headed the office until his retirement this year. In various capacities, Jose sought and achieved transformative change during his career. In the office, he emphasized the idea that public defenders should provide not just counsel in criminal cases, but holistic, client-centered, community-oriented representation. Indeed, the office’s clients have come to view it not only as a high-quality provider of criminal representation, but as a broader community resource where they will find an empathetic listener and support for needs beyond their immediate cases. Kindness, humility, and accessibility are qualities Jose encouraged everyone in the office to aspire to achieve. To bring awareness to client and community needs, he recognized the importance of building bridges and working collaboratively with local justice partners, including the Probation, Sheriff, and District Attorney offices. He championed rehabilitative courts and restorative justice programs, and he shared a particular dedication to issues of juvenile justice.

Among Jose’s proudest achievements are his efforts in collaboration with fellow local attorneys to create pathways for greater diversity in the Marin bar. He was a founding member and subsequent president of the Association of Latino Marin Attorneys (ALMA). Tony Cortes, a longtime friend and colleague, recalls sitting with him at Judge Mark Talamantes’ induction ceremony, where Jose remarked on the absence of—and need for—a local Latino lawyers’ association to support the needs of the community and to mentor young Latino lawyers. He then worked tirelessly alongside others to establish and nurture what is today a vibrant organization. Jose also provided active assistance and encouragement to Matt White and others in founding MCBA’s Diversity Section, dedicated to promoting diversity and inclusion in the Marin legal community. “Jose has provided consistently strong support and wise leadership since the Diversity Section was created in 2004. The section would have accomplished little without his vision, energy, and hard work," said Matt.

In his first few months of retirement, Jose has enjoyed getting caught up in the bread baking craze, and he is spending time reading and writing poetry. His latest works can be found at www.wordwhittlingpoetrybyjosevarela.com. If he brings the same relentless commitment to his poetry that he brought to full-service representation of public defender clients, you should keep a lookout for his name when Poet Laureate is announced. Over the course of a remarkable career, he earned the highest respect from colleagues, members of the bench, and community partners. He leaves a deep legacy of countless students and attorneys inspired through his mentorship and oft-stated guidance to “dream big.”