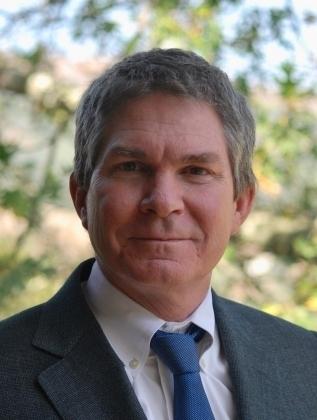 For this late summer message, I’m going to keep it short and let the pictures do the talking. After a long-anticipated wait for an in-person event, we had a terrific turnout for our Summer BBQ and Mixer at the Way Station in Fairfax. The evening was nice and warm, the BBQ was delicious and the atmosphere especially convivial. If a picture is worth a thousand words, our event photos will save you reading many thousands.

Our other recent big summer event was MCBA’s ever-popular annual Supreme Court Roundup with U.C. Hastings Law Professor Rory Little. This year, yet another new justice sat on the Court and instead of characterizing the Court has having a six-to-three conservative-liberal split, Professor Little commented that it can be helpful to think of the Court as divided into three blocks of three justices: very conservative, conservative, and liberal. In yet another term of a near-record low number of cases, some or all of the three conservative justices sometimes voted with the liberal justices. Some of these votes may have been about not going too far too fast and sometimes liberal justices may have joined in the majority in order to be able to shape limits to the reasoning. Professor Little also discussed the increasing importance of the Court’s “shadow docket,” where more cases of significance are being decided without opinions—or abbreviated opinions or just dissents—based on emergency motions and other cases that arrive at the Court without being fully developed in the lower courts. With a number of important cases already on the docket for the upcoming term, it will be interesting to see whether the “middle” conservative block continues to be as restrained. You can hear Professor Little speak on the upcoming term at this year’s MCLE Fair.

Turning attention to the Fall, MCBA is seeking several engaged and active members who wish to serve on the board of directors to replace the directors whose terms are ending this year. Serving on our board is a great way to expand your network of colleagues by working together to serve our community. If you would like to serve or you have a suggestion for someone you think would make a great director, Mee Mee, Rob Rosborough (our incoming president), or I would be happy to answer questions about either the position or the election process. You can also read about the expectations for MCBA board members here. But don’t delay, the nominations committee starts meeting next week!

That’s the news for August. In September, I expect there will be plenty to talk about, including the end of the eviction moratorium and the growing justice divide between haves and have-nots in our fair county. And don’t wait until September to sign up for an Update on Climate Change Legislation with Congressman Huffman on Tuesday, September 7 or a very special three-day conference put on by the Family Law section with the renowned Bill Eddy on dealing with high-conflict personalities. October 8 is our SOLD OUT Lifetime Achievement Award Dinner honoring Gary T. Ragghianti. And save the dates for our second annual virtual Bay Area MCLE Fair November 16 – 18, offering 14 CLE credits of outstanding speakers and programs.

J. Timothy Nardell is a partner with Nardell, Chitsaz & Associates in San Rafael. He runs a general civil litigation practice, focused on real estate and business disputes, and select tortious injury cases. Tim can be reached by email at: tim@ncalegal.com or by phone at (415) 306-5560.