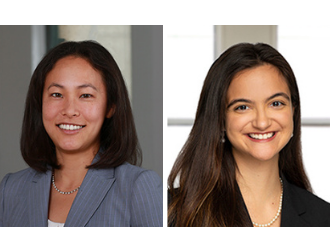 While the Food Allergy Safety, Treatment, Education, and Research Act (FASTER Act) only makes a minor change to add sesame as a major food allergen, it signals the government’s intent to closely examine food allergen restrictions and broaden their scope. The FASTER Act, signed into law on April 23, 2021, adds sesame to the Federal Food, Drug, and Cosmetic Act's list of major food allergens. Previously, “major food allergen” referred to eight ingredients: milk, egg, fish, Crustacean shellfish, tree nuts, wheat, peanuts, and soybeans [21 U.S.C. § 321(qq)]. Sesame is now part of this list, rounding out the “big nine.” These nine ingredients are considered the most dangerous due to the number of people who are allergic to them and the severity of the reactions they can produce.

The effect of this change is most notable in how manufacturers label their products, as the Federal Food, Drug, and Cosmetic Act requires manufacturers to clearly label major food allergens. Starting on January 1, 2023, this requirement will apply to products that contain sesame in any form. According to the non-profit Food Allergy Research & Education, sesame can appear in undeclared ingredients such as flavors or spice blends. In these situations, the FASTER Act would require that sesame be called out and listed as a food allergen. Manufacturers can satisfy the act’s labeling requirements in one of two ways:


Manufacturers who do not comply with these requirements open themselves to government enforcement action and to civil liability. The U.S. Food and Drug Administration (FDA) regularly issues warning letters to food manufacturers who do not comply with this provision. For example, in a December 2020 warning letter to Whole Foods, FDA stated that it had determined that Whole Foods had “engaged in a pattern of receiving and offering for sale misbranded food products.” FDA warned Whole Foods that “failure to promptly correct these violations” could result in FDA taking “enforcement action,” including “seizure and/or injunction.”

In addition to federal government enforcement action, failure to comply with food labeling laws may also lead to civil lawsuits. Less than a week after FDA sent Whole Foods the warning letter, a plaintiff filed a class action lawsuit in the Southern District of New York. The complaint cites extensively to the warning letter and demands injunctive relief. Plaintiffs sued under both federal and New York law, and the specific claims included breach of express warranty and implied warranty of merchantability, negligent misrepresentation, fraud, and unjust enrichment. To avoid these costly enforcement and civil actions, manufacturers should carefully examine their ingredients and labels to ensure compliance with this statute.

However, adding sesame as a major food allergen appears to be just the beginning of changes to food allergy laws. The FASTER Act requires the Secretary of Health and Human Services to submit a report with recommendations for the “timely, transparent, and evidence-based modification of the definition of ‘major food allergen’” in the Federal Food, Drug, and Cosmetic Act. The Secretary must also provide recommendations about scientific criteria (such as “the prevalence or severity of allergic reactions” to an ingredient) that would be required to add the ingredient to the list of major food allergens as well as recommendations about “opportunities for stakeholder engagement and comment.” This direction to Health and Human Services to evaluate further changes to the definition of “major food allergen” and the standards to qualify as one strongly suggests additional foods will be added to this list moving forward, although it does not provide any insight into what foods these might be.

The regulatory frameworks of other countries could provide some insight into this question. The EU, for example, currently requires 14 ingredients to be labeled as major allergens, including mustard; celery; cereal containing gluten; lupin (a legume seed); and mollusks. Canada also includes mustard and mollusks in its list of major allergens. The U.S. followed the EU and Canada by including sesame in its allergen list—we can expect that it might do the same with some of the other ingredients these regulatory agencies consider to be major allergens. Mustard seeds, for example, could be a likely next addition—it is a major food allergen in both the EU and Canada, and the American College of Allergy, Asthma, and Immunology considers it a common allergy trigger.

This article previously appeared in Food Safety magazine and is reprinted here with the kind permission of the authors.
Kelly Matayoshi is a litigation partner at Farella Braun + Martel and member of the firm's Consumer Products & Manufacturing Industry Group. Her practice focuses on products liability, contract disputes, breach of fiduciary duty, and employment disputes.
EMAIL | WEBSITE

MaryJo Lopez is a litigation associate at Farella with a focus on business litigation and wine industry matters. EMAIL | WEBSITE