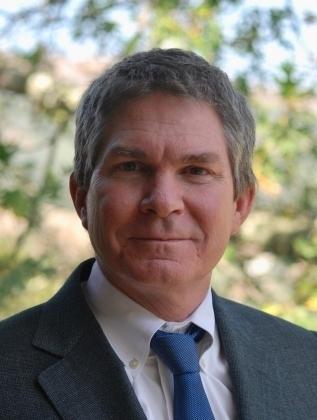 As we turn the corner from Summer to Fall, I am turning the final corner of my year as MCBA president and I am becoming reflective about the year that has passed. This was certainly not the year that I anticipated. I don’t think it was a year that anyone expected. And, while our expectations for returning to “normality” are still somewhat mixed, it does seem to me that we have turned the corner from thinking about COVID-19 as a global pandemic to thinking about COVID-19 as an endemic condition, something that we are learning to live with.

I read somewhere that coming out of the pandemic, a full 25 percent of American workers are re-evaluating their careers and re-thinking their priorities. I wonder how many of our members fall into that camp? Personally, I find myself thinking a lot about what lessons we can take away from the challenges of the pandemic, and I’m thinking about the even greater challenges ahead. I think we should all congratulate ourselves about how we were all able to pivot to make the justice system work using remote technologies and continue to serve our clients, just as we were able to pivot to make so many changes in our lives. I find myself thinking about how this experience might give us the impetus to work together on more ways to make the justice system work better. I think about people who are not getting served by the current system, where the divide between the haves and the have-nots is so great, and the price of quality legal representation is beyond the reach of so many.

I am tempted to get up on the soapbox, and perhaps I will in these last president’s messages. For now, let me take a moment to share thoughts about two books that I found moving over the course of the past summer. One is Bill Gates’s, How To Avoid A Climate Disaster. The other one is Adam Tooze’s, Shutdown, How Covid Shook the World’s Economy.

Adam Tooze is a professor of economic history at Columbia University. He wrote a definitive history of the 2008 financial crisis, befittingly called Crashed. In his new book, he takes a stab at even more contemporary economic history, describing the economic impacts of the events that we’ve lived through over the past year and half. He emphasizes that the beginning of 2020 represented the biggest contraction of economic activity in history, “It was like nothing before ever experienced. Piece by piece, public life across the planet had stopped.” By April 2020, the ILO estimated that 81 percent of the workforce in the entire world was under one form or another of restriction. But, somehow, some way, fast intervention by central banks around the world, followed by unprecedented fiscal policies and stimulus packages, saved millions from poverty and allowed wealth to grow at unprecedent rates in the midst of the pandemic. Obviously, we are still living through the aftermath of the policies wrought during the pandemic and we don’t know how the story will end. But the economic catastrophe that it seemed the world was heading for at the beginning of 2020 didn’t materialize, despite a sudden and unprecedented restructuring of the economy. Coupled with the unprecedented moon shot of developing multiple versions of effective vaccines in less than a year, I found it inspiring to read — in one place with Tooze’s eloquent attention to detail — about the enormous changes that we could make and the problems we could solve with necessity as the mother of invention.

Bill Gates is familiar to everyone as the founder of Microsoft and as one of the richest people in the world. But, unlike some of his peers, Gates doesn’t spend his time and treasure on vanity projects. Instead, he has focused his energy on philanthropy. Aside from leading the Bill and Melinda Gates Foundation, it seems that he has spent a good part of the last decade studying climate change. In How To Avert a Climate Disaster, Gates brings the same techie, can-do, engineering mindset to the climate crisis that helped realize the dream of having a computer on every desktop. Gates does the research so you don’t have to. It just comes down to getting to the place where 51 billion tons of carbon are no longer released into the atmosphere each year, and we get to a “net zero carbon” world economy by the year 2050. That’s all.

Gates divides the economy into five areas of human activity — making things, plugging in, growing things, getting around, and keeping warm and cool — and addresses the changes that will be needed to remake each of these aspects of life to get to net zero. Why should we care enough to make difficult changes necessary: “Unless we move fast toward zero, bad things (and probably many of them) will happen well within most people’s lifetime, and very bad things will happen within a generation.”

For Gates, being part of the solution means advocating policy changes at international, federal, state, and local levels to provide incentives for new technologies and make sure that our electric system gets over the cheap fossil-fuel-burning power that we’ve depended on for the past 100 years. More importantly, and more tangibly, it involves making individual changes like transitioning to all-electric vehicles from gas and hybrid vehicles, and switching from gas furnaces in our homes to electric heat pump systems. Millions of individual choices by people like us in affluent countries either will or will not jump start the change that is needed to avert a climate disaster.

My takeaway from these two books is that we are living in unprecedented times with unprecedented problems. The pandemic has taught us how dysfunctional our politics can be but it also has taught us that our existing institutions can make big changes when change is needed. Compared to the pandemic, the problem of climate change is more slow-moving, but the economic and social impacts of climate change will be way more far reaching than the effects of the pandemic. Over the past years, we’ve seen the effects of climate change become part of daily life in California and the West. In a hundred years or in twenty years, the decisions we all are making now are what will be remembered, long after COVID and all of our other daily concerns are forgotten. But the good news: needed changes are possible. We can each be part of the solution. And even existential challenges are solvable with effort and imagination.

J. Timothy Nardell is a partner with Nardell, Chitsaz & Associates in San Rafael. He runs a general civil litigation practice, focused on real estate and business disputes, and select tortious injury cases. Tim can be reached by email at: tim@ncalegal.com or by phone at (415) 306-5560.