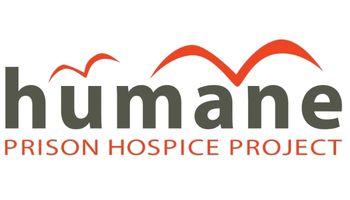 A large majority of Americans want to die at home and not in a hospital. The reality is just the opposite. But in theory at least most of us have a choice. When your home is a prison, the choice is rarely up to you. And for most prisoners, neither choice provides much in the way of palliative care.

American society still struggles when dealing with death. Most people prefer to avoid the topic even when it’s necessary to address. While palliative care is a growing field in the medical profession, it is still something of neglected stepchild. Our image of doctors and nurses is heroic, doing everything they can to save lives. In many places, the word “hospice” is taboo, an admission of defeat.

Most prisoners don’t have the problem of too much life-saving care. Their reality is being cared for by cell mates who are improvising the best they can: “Before my cellmate of five years passed, he begged me to take care of him. So I did. I fed him. I cleaned him up. When he had to go to the hospital, he fought them. He wanted to come back. Him dying made me want to change. He was my friend. The person who took care of him, that was a good part of me.” (Lenny, quoted in Wendy MacNaughton’s California Sunday Magazine article, “Meanwhile in San Quentin.”) Only one prison in California has a formal hospice—the California Medical Prison in Vacaville.

My friend Sandy Fish co-founded Humane in 2016. Death has been a thread running through her life and her life’s mission. She is an actress who did extensive research into prisons for an early role in the play Getting Out. (If you were a fan of the Netflix show Sense8, you’ve seen Sandy.) After moving to Marin, she became a trained hospice volunteer and can trace the founding of Humane to a moment in conversation with well-known Marin lawyer Mike Satris (who went on to sit on Humane’s advisory board until his sudden death in 2020). She asked Mike how prisoners were dying in San Quentin and he responded, “Badly.”

Nearly a quarter of the California prison population is over the age of 50. Between the aging of the baby boomers and the dramatic increase in the prison population, far more prisoners are dying in prison. Sandy teamed up with Ladybird Morgan, a registered nurse and clinical social worker, to found Humane to bring hospice care to prisons, starting with San Quentin. They soon realized the importance of training the prisoners themselves to be the caregivers. They partnered with an existing organization: Brothers’ Keepers, a suicide prevention and crisis intervention peer support group created by prisoners in San Quentin. One of the founders of Brothers Keepers is Marvin Mutch, who said, “The way prisoners die says more about us and our humanity than the crimes of the imprisoned.” (Marvin is a great speaker, with a remarkable story of his own: he was released from San Quentin in 2016 after 41 years of wrongful imprisonment and now works for Humane. You can listen to his story on KQED.)

Humane trains Brothers’ Keepers members in hospice care. Instead of improvising and struggling, prisoners are able to be trained caregivers. And dying prisoners receive good care from someone who has a shared prison experience. Sandy Fish believes that how prisoners die has profound ripple effects, not just on other prisoners but on their families, prison staff, and the community as a whole.

While the pandemic has suspended many of San Quentin’s programs, including Humane’s, Sandy is confident it will resume. Its goal is to expand the program to all California prisons, where helping people die with dignity and grace can bring beneficial ripple effects to communities across the state.

If you’d like to get involved with Humane, you can reach out to my friend Susan Barber, its director of community outreach, via email at susan.barber@humaneprisonhospiceproject.org. If you’d like to donate, you can attend Humane’s spring fundraiser at the Bolinas Community Center on April 10th, a screening of filmmaker Edgar Barens' Oscar-nominated documentary Prison Terminal, the Last Days of Private Jack Hall. Registration is free but donations are welcome at the event. Or you can simply donate on Humane's website.