May 27 at 1:30 pm Veterans Memorial Auditorium 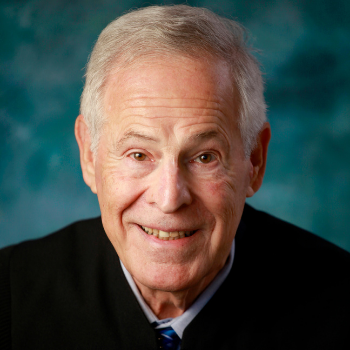 A Celebration of Life honoring the Honorable Richard H. Breiner will be held on Friday, May 27, 2022 at 1:30 p.m. at the Marin Veterans’ Memorial Auditorium at the Marin County Civic Center.
Please R.S.V.P. by sending an email to Tesia@DeborahBreiner.com by May 15th.
Per request from the Breiner family, vaccinated guests only, please. Masks optional.

We all lost a simply remarkable and iconic leader, lawyer, and judge when Richard H. Breiner died on February 26, 2022, at his home in San Rafael. He was 87 years old.

I lost one of my oldest and dearest friends, a man I respected, admired, and loved and with whom I enjoyed a close friendship spanning 52 years.

Dick practiced law in Marin from 1965 to 1977. I met him when I was 24 and in the Marin County D.A.’s office; he was both a contract Public Defender and in private law practice in San Rafael with Robert I. Conn and Robert K. Birkie.

I joined Dick in the practice in 1971, forming Conn, Breiner, Birkie & Ragghianti. We were partners until 1977, when he was appointed to our Superior Court bench by then-Governor Jerry Brown. His well-earned professional reputation as a lawyer was further burnished, if not exceeded, by the reputation he enjoyed during his two decades on our bench. He was a brilliant and successful lawyer and served with grace and distinction on the bench, displaying all the elements one would expect in a superb trial judge: competence, fairness, good temperament, and a highly-developed and frequently-displayed sense of humor.

In 1995, he suffered a catastrophic stroke while riding his bicycle on Mount Tam. It was not at all certain that he would survive and he was hospitalized for several months before starting rehabilitation. His fierce will to live shone brightly during his long recovery and to the astonishment of many, he eventually expressed a desire to return to the bench. Before he was permitted to return, his wife and family asked me to see how he would react to hearing cases again in a courtroom setting. Dave Freitas and I conducted a mock law and motion hearing before him while he was still in the hospital. We provided him with the pleadings from a real case and let him review them before we went to see him. There at the hospital, with doctors, neuropsychologists and his family looking on, Dave and I commenced the argument. It was quickly evident that the remarkable Breiner brain had not been irreparably damaged. He did well for 45 minutes, during which time we happily saw that even 75% of Breiner was as good as 100% of most anyone else. He returned to the bench. After that, I became fond of telling people my most memorable argument as a lawyer occurred not in a courtroom but in a hospital.

When he retired, he continued to participate in professional meetings and other social gatherings. He conducted mediations and regularly attended bar association events and judges’ meetings. Several years ago, he was the recipient of The Marin County Bar Association’s Lifetime Achievement Award. MCBA had never given such an award and his unanimous selection was indicative of his colleagues’ high regard for him and the love so many of us had for him throughout his life. I was privileged to serve as the emcee for his award ceremony. I shall never forget that night, nor the praise and admiration he received. It still makes me smile.

The last several years were not kind to Dick, as his health deteriorated. But his courage and strength never failed him during these times and his fierce will to live was constantly on display. He rarely, if ever, complained, despite the frequent discomfort he found himself in. He may have held the record for most trips to the ER during these times. Yet he persevered, his courage and determination in full sail. He had the help of an adoring family and an incredible wife and a long-time caretaker who provided him with the care and attention he needed to navigate his way through the affairs of each day. I hasten to observe that were it not for his wife Dottie, I do not think Dick would have lived as long as he did. She was relentless in her care and protection of him.

Even when the muffled footsteps of death are known to be approaching, its arrival still delivers a punishing blow. I was devastated at his passing even though I knew his health was failing. Many who knew him and who will read this I am certain felt the same. It is one thing to be well-regarded, highly competent, at the top of your profession as a lawyer and a judge and quite another to become a beloved member of our legal community and the judiciary. Dick Breiner accomplished that.

I will carry the memory of Dick with me for all my remaining days. I was fortunate to become associated with him when I was young and more fortunate to have him teach and mentor me in my early years. The lessons I learned from him will never leave me. They are indelibly imprinted and extend far beyond just the practice of law. Simply stated, Dick Breiner made me a better person.

We may never see the likes of a man of this stature again in our community. But we can enjoy having had him with us for so long and we can strive to honor him by the way we comport ourselves in the practice of law and in the conduct of our personal lives.

It will take a lot more than death to kill the memory of Judge Richard H. Breiner.

May you rest in peace my dear friend.

I will miss you forever.