Four Lots for the Price of One! – New Housing Laws and Their Impact on Marin

By Riley Hurd and Ashling McAnaney 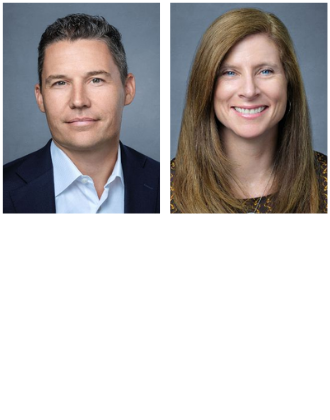 In its ongoing efforts to get more housing built, the California Legislature continues to enact new laws promoting a streamlined development process. These laws often come at the expense of the discretionary authority of local cities. Two examples of this regulatory tidal wave include SB 35 and SB 9, each of which transform previously complex entitlements into objective ministerial actions. In other words, for better or for worse, they take away local control of land use regulation.

SB 35, codified at Government Code section 65913.4, requires local entities to streamline the approval of certain infill housing projects by providing a ministerial approval process, and removing the requirements for environmental review and/or a conditional use permit. This is a far cry from the typical year(s) long processes usually found in Marin and beyond.

In order to take advantage of SB 35, a proposed project must be located in a city that has failed to submit its annual housing reports to the Department of Housing and Community Development, or that is not meeting its Regional Housing Needs Allocation (RHNA) from the state. These days, with the state pushing massive housing numbers onto the cities, this means SB 35 is available just about everywhere.

A project must meet the following requirements to qualify for streamlined review:

A few of these prongs arise most often in considering SB 35 projects. First, the race is on for local cities to adopt objective zoning standards. So many parts of old zoning codes were clearly subjective (e.g., is it harmonious?). Second, large parts of Marin are in restricted areas, such as the coastal zone or a flood zone. Familiarity with the ever-changing mapping of these hazards zones is critical. Finally, the payment of prevailing wage used to be a certain project-killer in Marin. However, with the rapid increase in construction costs, the gap between union and non-union labor has shrunk so significantly that the time and cost gains of a ministerial project often tip in favor of paying prevailing wage. SB 35 also requires no parking at all for certain qualifying projects, such as where the project is located within a half-mile of a public transit stop. This reduced parking ratio can also play a large part in weighing the cost/benefit of pursuing an SB 35 project.

SB 9 added Section 65852.2 to the Government Code and requires that a duplex, in a single-family zone, be approved ministerially by a city. Local rules that would physically preclude construction of the two units cannot be enforced. Parking is limited to just one space per unit, and no spaces if the project is located within one-half mile of public transit or if there is a car share vehicle located within one block of the project.

SB 9 also added Gov’t Code section 66411.7, which allows “urban lot splits” in residential zones to create two relatively equally sized parcels of at least 1,200 square feet. The applicant must sign an affidavit stating that they intend to occupy one of the housing units as their principal residence for a minimum of 3 years from the date of the approval of the lot split. The parcel split may operate in conjunction with SB 9’s allowance for two separate residential units on a single parcel, thus allowing four units to ultimately be constructed on a parcel where only one single-family home may have existed.

The most notable exceptions to SB 9 are 1) the property could not have been used as a rental for the past three years, 2) the property cannot already have an accessory dwelling unit, 3) the new lot may not be less than 40 percent of the property. SB 9 does not apply to single-family parcels in historic districts, fire hazard zones, and rural areas.

SB 9 is such a shift in the process that cities are still crafting local ordinances to try to implement, or thwart, SB 9. Some cities welcome the streamlined review, others take major issue with the displacement of their local control and are trying all methods to limit the creation of new housing (e.g., the City of Woodside tried to declare the whole region as endangered mountain lion habitat to stop SB 9 from being used anywhere within city limits). The state is now watching closely as cities begin to implement these new laws. There is even a new office of housing accountability to serve as a watchdog for cities that aren’t actively trying to facilitate housing.

The creation of new housing is one of the top issues for the Legislature right now. Expect to see numerous laws continuing to streamline the process and accelerate what used to be truly incredible approval timelines. Only time will tell how the infrastructure of small cities like those in Marin will sustain this housing push, but for now, the rush is on.

Riley and Ashling are attorneys at Ragghianti Freitas LLP and specialize in land use matters throughout Marin and the greater Bay Area.