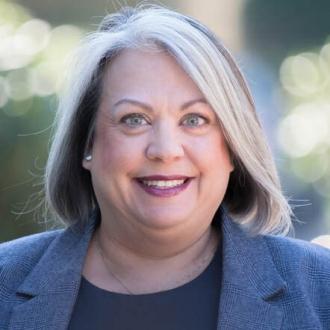 This issue of the Marin Lawyer is the first in a very long time where our MCBA President Robert Rosborough has not been editor-in-chief (although he gave me tremendous help!) Being editor of this quarterly news requires a lot of work—more than I initially thought! I admire him even more after trying to fill his rather large shoes for one issue.

Rather than pick a theme this time, we decided to seek variety. We asked Larry Strick to write an article about Cases of My Career in which he discusses some of the cases that have a left a bigger impact on his career. We hope to have a similar article from other attorneys in future issues. I found it touching that his big cases were about the people and not the court details.

Riley Hurd and Ashling McAnaney co-authored a great article that illuminates land-use regulation as California attempts to create a more streamlined development process. They clearly explain the details in Four Lots for the Price of One! – New Housing Laws and Their Impact on Marin.

If you missed the January membership meeting where Wanden Treanor and Jim Cunningham explained how to close, sell, or buy a law practice, you missed a great session. Luckily, MCBA Board member Chelsea Heaney wrote a great recap of the presentation, The Great Resignation—Is It an Opportunity?

With election season fast approaching, we once again have Greg Brockbank’s musings in his political column. A Look at the June 6th Election Races in Marin and Beyond lets us know who is in and who is out of our local and statewide races. He also opines on the November Congressional elections. Consider this a friendly reminder to vote!

I have compiled a list of Top Nine Legal Podcasts You Are Not Listening To, But Should (plus a couple of bonus podcasts). Before I began researching this article, my podcast experience was quite limited. I have listened to a few episodes of the podcasts listed and find them interesting and educational. I think you will too. One podcast I did not include was an Alameda County lawyer’s podcast focusing on local legal happenings (“Love thy Lawyer”). Perhaps a member of MCBA will consider starting a Marin County-focused legal podcast?

I have been to San Quentin State Prison to chaperone local boys in the SQUIRES program, in which the inmates talked about a fellow inmate who had recently committed suicide and the impact it had on their mental health. Robert Rosborough wrote a very touching article on the nonprofit Humane Prison Hospice Project, which trains inmates to provide hospice care. The work they do is especially poignant given the aging population of our prisons.

I hope to see you at tonight's in-person gala, the MCBA Installation Reception at the new Jonas Center at the College of Marin’s Indian Valley Campus. Come have a great time with the Marin bench and bar and congratulate MCBA’s new officers and directors!

Kristine Fowler Cirby has dedicated the past 30 years to advocating for clients in family law with the last 22 years exclusively in Marin County. She currently serves as Secretary on the Board of Directors for Marin County Bar Association and is currently President of the Board of Trustees for the Marin County Law Library.