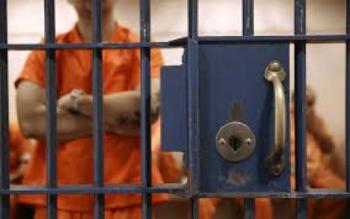 The trend toward Criminal Justice Reform in California

The presentation began with an introduction summarizing the shift away from the tough-on-crime policies of the 1990’s, which saw the enactment of three-strikes and other laws that limited judicial discretion and resulted in lengthy sentences. As a result of these policies, California reached a peak incarceration rate of over 170,000 people in 2006-2007. But now, the pendulum is swinging the other way.

Recent years have seen sweeping revisions to the Penal Code, including reforms to the felony sentencing scheme and the expansion of diversion programs.

Felony Sentencing Provides for Consideration of the Offender’s Circumstances

A common theme is greater consideration of the circumstances of the offender: whether, for example, the defendant’s youth, past trauma, mental health disorder, and/or past victimization contributed to the commission of the offense. These considerations come into play in felony sentencing laws, which establish a preference for the lowest applicable prison term when such circumstances are present and direct courts to afford “great weight” to these circumstances in deciding whether to strike sentencing enhancements. (See Pen. Code, §§ 1170, 1385.)

These same considerations used to evaluate an offender’s circumstances in sentencing, also come into play at the other end of spectrum with the recent expansion of diversion programs.

With the legislative expansion of diversion programs, the District Attorney is no longer the gatekeeper for eligibility. The legislative intent behind AB 3234, which enacted judicial diversion, is to allow a person to avoid the lifelong collateral consequences associated with a criminal record—which can adversely affect employment and housing—by instead funneling them into rehabilitative programing, which has been shown to yield better recidivism rates than merely prosecuting and jailing an individual. This aligns with growing research showing that lengthy sentences and other sanctions aimed primarily at deterrence and retribution are actually counter-productive to reducing recidivism.

The Military Diversion Program, known as Veterans’ Diversion (Pen. Code § 1001.80), took effect in 2017 and provides diversion for misdemeanor offenses for those suffering from trauma related to their military service. It is now managed through Veteran’s Court, headed by Judge Roy Chernus.

Mental Health Diversion took effect the following year, in 2018. (Pen. Code § 1001.36.) It provides for diversion of both felonies and misdemeanors when a defendant’s qualifying mental health disorder was a significant factor in the commission of the offense. Mental Health Diversion is aided by a full-time county employee who conducts eligibility screenings for indigent defendants.

After this background, each panelist then offered their insight and perspective:

Judge Paul Haakenson, who has been at the Marin County Courthouse for 30 years, beginning with an internship with the District Attorney’s Office, cautioned that we have to remain humble and understand that we can get things wrong. He recalled a trial where a man with a significant criminal record received a sentence of 26 years to life for possession of $10 worth of cocaine as his third strike. At the time, the District Attorney’s Office had no discretion but to charge the strike and the Court had no discretion not to sentence under three strikes. Cases like this now will come before the Court for resentencing under the new laws that took effect in January 2022.

The Court is now tasked with reviewing hundreds of petitions for judicial diversion. Judge Haakenson stressed the importance of looking at these cases to “find reasonable ways to give people a second chance…and not hamper people from getting jobs and going to school and having the other secondary consequences from a conviction that they might learn from in other ways, such as through diversion programs.”

David Joseph Sutton, who recently returned to head up the Public Defender’s Office after years as a federal public defender, called the California Legislature’s reform-minded, rehabilitation-minded approach to criminal justice refreshing. “It’s incumbent on us [the Public Defender’s Office] to shrink our caseloads by thoughtfully implementing these reforms.” Judicial diversion has “reshaped misdemeanor practice to support clients through that process.” He described the additional services available to clients through his office and community partnerships aimed at ensuring that “they are never our clients again.”

Dori Ahana, who has been in the Marin County District Attorney’s office for over 25 years, recalled that “back in the day,” prosecutors had very little discretion. Now, there are a variety of approaches available as a consequence for criminal conduct, such as diversion, specialty courts, and more nuanced levels of incarceration. In exercising this broad discretion, her office is guided by three primary concerns: public safety, rehabilitation, and accountability. Ahana stressed that in implementing these reforms, “we’re all on the hook for explaining to our community what we’re doing and how we’re doing it,” and touted her office’s efforts to provide transparent data and mine feedback from the community.

The robust discussion that followed in response to questions from the audience could have gone well beyond the time allotted for the program. While the question of how these reforms will take shape locally may take more time to answer, the commitment and collegiality among those on the front lines of criminal justice in Marin County was beyond dispute.