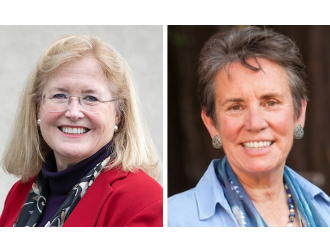 Their signs say, “Choose Motherhood.” But what if you don’t choose motherhood? Or fatherhood?

Planned parenthood is a great concept, every child healthy and wanted. But what if the plan fails, or people fail to plan? Is the penalty really a life sentence?

With its decision in Dobbs v. Jackson Women’s Health Organization, 2022 WL 2276808 (2022), the Supreme Court ended federal constitutional protection for abortion, overturning a fifty-year-old right-to-privacy precedent. Writing for the new majority, Justice Alito declared that his Court will only recognize rights that are expressly declared, such as the right to carry guns, or rights “deeply rooted in historical tradition.” Younger women now will enjoy less bodily autonomy than their mothers. In itself, Dobbs does not ban abortion, but it opens the door for states to do so.

Is it surprising that the four-thousand-word document drafted by fifty-five men in 1787 does not mention abortion? Speaking for “We The People,” the Constitution never mentions women, or babies. Its language speaks not of the rights of men, but of people, persons, and citizens, including natural-born citizens—not the unborn. The Fourth Amendment guarantees the right to be secure in one’s “person,” nowhere defining “person” to include the unborn. The Fourteenth Amendment grants the rights of citizenship to all persons born in the United States, and ensures all persons equal protection of the law, as well as life, liberty and the pursuit of happiness. Justice Alito considers the abortion question unique, because it involves a “potential life” separate from the woman. The Constitution does not grant these rights to zygotes, embryos, fetuses or "potential life" in the womb. Being born matters.

Justice Clarence Thomas concurred in the Dobbs decision and names Griswold v Connecticut (birth control) and Obergefell (same sex marriage) as other right-to-privacy cases that he considered radical, outside historical tradition, and therefore ripe for review and reversal. Curiously, Justice Thomas failed to mention Loving v. Virginia, 388 U.S. 1 (1967), which overturned Virginia’s bans on interracial marriage on equal protection and due process grounds, lest his marriage to Ginni be called into question. Was not the purpose of the Supreme Court to protect individuals against the tyranny of the majority?

The Effect on Women

Why are women angry right now? Apart from the draft, what bodily freedom has ever been taken from men? No other personal liberty has been taken from a law-abiding American by the Supreme Court since the disgraced Dred Scott decision in 1857—which led to a civil war.

Dobbs’ dissenting Justices Breyer, Kagan and Sotomayor noted, “Countless women will now make different decisions about careers, education, relationships….Other women will carry pregnancies to term, with all the costs and risks of harm that involves. For millions of women, Roe and Casey have been critical in giving them control of their bodies and their lives.”

States are moving quickly: abortion may soon be banned in up to 26 states. Oklahoma bans abortion entirely, and Texas bans abortion at approximately six weeks of pregnancy, through citizen-enforced, bounty-hunter private prosecutions. These laws are invariably rationalized by asserting that “personhood” is the same as life, and life begins at conception. Anti-Roe politicians are already working toward a nationwide ban at six weeks, ensuring that, just when a woman is realizing she might be pregnant, it is already too late and that abortion could be limited even in the sixteen states and Washington DC that have state constitutional or statutory protections ensuring access.

What can be done? People seeking abortions can go to abortionfinder.org to look for options. But as demand grows, women from states that ban abortion may face overwhelmed systems and limited alternatives. They may have to pay cash for care outside their health plans or may decide to carry unintended or dangerous pregnancies to term. Funding to help with each of these options is needed. Many states with restrictive abortion laws are already trying to ban interstate travel to have an abortion and ban Amazon or the USPS from delivering the morning-after pill or other medicines. These laws need to be opposed or if enacted, challenged under the Commerce Clause. The President can authorize abortions on federal lands, outside state jurisdiction. Congress needs to overturn the Hyde amendment, which restricts the use of federal healthcare funds for abortion, and expand Title X, which funds reproductive care. Congress can expand HIPAA protections, pass the Equal Rights Amendment, and support the programs and taxes that will directly help the women and children affected by this ruling.

“The arc of history … bends toward justice.” This frontal attack on personal and medical liberty will not succeed, even if it takes another 50-year fight.

Shelley Kramer is Senior Counsel in Tyson & Mendes’ Northern California office. With over 35 years of legal experience, in and out of the courtroom, Ms. Kramer specializes in catastrophic injury and personal injury litigation. Website
Wanden Treanor practiced common interest development law and estate planning and trust administration for over 30 years. She is a past MCBA President and currently serves on the MCBA Board of Directors as the Five-Year Past President.