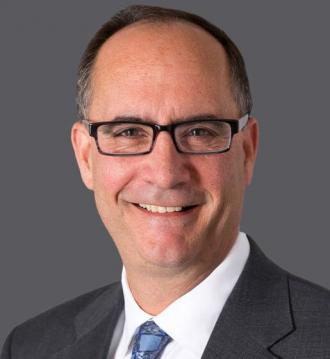 January 6, 2021, has been described as the worst attack on the U.S. Capitol since the War of 1812. The attack on the Electoral College proceedings by a riled-up group of thousands of supporters of Donald Trump was a dark day for our democracy. It also put in legal jeopardy a long list of those present at the Capitol that day, as well as those who instigated the mob action, including Donald Trump and many of his political advisors.

While much of the focus of the press coverage surrounding the January 6 events and the January 6 Congressional Committee hearings has focused on Donald Trump and the planning surrounding the events of that day, as of early August 2022, at least 889 citizens have been charged with crimes, both in federal and superior court in Washington D.C., as a result of their participation in the riot and 347 federally-charged rioters have entered guilty pleas.

Many of those participating in the attack on the U.S. Capitol were charged with violating 18 U.S.C. sections 1752(a)(1) and (2), which make it a crime for anyone who:


A “restricted building” includes a posted, cordoned off, or otherwise restricted area of a building or grounds where the President or other person protected by the Secret Service, including the Vice President, is or will be temporarily visiting, or any building or grounds so restricted in conjunction with an event designated as a special event of national significance.

Other federal charges that have been brought include disorderly conduct in the Capitol Building, and “Parading, Demonstrating, or Picketing in the Capitol Buildings,” which is a violation of 40 U.S.C. section 5104(e)(2)(G). The most severe charge brought against any of the Capitol rioters to date is “seditious conspiracy.” Among those charged with this offense are the leader of the American far-right anti-government militia the Oath Keepers, Elmer Stewart Rhodes, and 10 associates.

Various felony charges were brought against Guy Reffitt, a recruiter for the right-wing Three Percent movement in Texas. The first jury trial for any Capitol rioter resulted in Reffitt’s conviction in March on five felony charges, including counts for obstruction of Congress, interfering with law enforcement, carrying a firearm to a riot, and threatening his teenage son who turned him in. Prosecutors asked the judge to sentence him to 15 years in prison. U.S. District Court Judge Dabney Friedrich, a Trump appointee, condemned Reffitt’s conduct, saying in a nearly six-hour hearing on August 1, 2022, that Reffitt’s views espousing political violence were “absurd,” “delusional,” and “way outside of the mainstream,” although he sentenced him to 87 months, or roughly half the time sought by prosecutors.

Many of the rioters also faced employment ramifications. The CEO of an Illinois-based data analytics firm who was arrested during the riot, Bradley Rukstales, was terminated from his position in January 2021 after he acknowledged his arrest in a social media post. His employer, Cogensia, issued a statement after his arrest stating, “This decision was made because Rukstales' actions were inconsistent with the core values of Cogensia. Cogensia condemns what occurred at the U.S. Capitol on Wednesday, and we intend to continue to embrace the values of integrity, diversity and transparency in our business operations, and expect all employees to embrace those values as well.”

Many of those arrested, including a lawyer in Texas, a teacher in Pennsylvania, and a real estate broker in Chicago, have lost their jobs due to their own social media posts. (One participant even wore his Maryland company’s ID badge to the riot.) Many of these posts do not incite violence but merely admit attendance. The president of the Richmond, Virginia Food Truck Association resigned after he posted on his personal Facebook page, “What a day … I made to [sic] the front doors of the capital [sic] took a few flash bangs but missed the pepper spray and rubber bullets.”

At least one fired employee is proceeding with an action (in federal court in Southern California) against her former employer. Can your employer fire you for participating in political protests that lead to violence? The short answer is yes, assuming the decision is not motivated by the political content of the activity at issue. In California, Labor Code sections 1101 and 1102 protect employees against discharge for political activities, although neither provision protects employees who engage in unlawful activity, whether or not that unlawful activity happens to be politically-motivated. Among other things, section 1101 precludes an employer from making or enforcing any rule or policy that prevents an employee from “engaging or participating in politics” or from “[c]ontrolling or directing” the “political activities or affiliations of employees.” Its sister statute, section 1102, provides that, “[no] employer shall coerce or influence or attempt to coerce or influence his employees through or by means of threat of discharge or loss of employment to adopt or follow or refrain from adopting or following any particular course or line of political action or political activity.” [Editor's Note: Presumably the Legislature did not truly intend to exempt female employers from this restriction but maybe an Originalist argument might be successful here too!]

In Couch v. Morgan Stanley & Co. (9th Cir. 2016) 656 F. App’x 841, the Ninth Circuit reviewed the two California appellate decisions regarding an employer’s motivation for firing an employee where the employee’s political activity is at issue, finding that liability under Labor Codes section 1101 and 1102 is triggered only when an employer fires an employee based on a political motive. Terminating an employee pursuant to a politically neutral practice or policy against employee’s participation in unlawful conduct, such as storming or damaging a government building, should not trigger these Labor Code protections.

Moreover, the California Supreme Court has expressly stated that in sections 1101 and 1102 “there is no intimation or implication of any intent to protect any individual or group advocating the overthrow of the government by force or violence. On the contrary, the words ‘politics’ and ‘political’ imply orderly conduct of government, not revolution.” (Lockheed Aircraft Corp. v. Superior Court of Los Angeles County (1946) 28 Cal.2d 481, 485.)

While some have argued that condemning the violent and deadly riot at the Capitol necessarily reflects a political bias, this is not so. One hardly needs to disagree with protesters’ policy positions in order to condemn violently interfering with the conduct of elections. Indeed, Senate Minority Leader Mitch McConnell, hardly a leftist, described the January 6 events as a “failed insurrection” and those at the Capitol an “unhinged crowd” aiming to prevent Congress from certifying the election by the use of “thugs, mobs, or threats.” (Mitch McConnell’s statement to the Senate on the storming of the Capitol, (Jan. 6, 2021) as published in U.S. News & World Report, (Jan. 6, 2021).) GOP House Minority Leader Kevin McCarthy, also hardly a liberal Democrat, similarly condemned those at the Capitol on January 6 and characterized them as “mob rioters.” (Nick Niedzwiadek, McCarthy Says Trump ‘bears responsibility’ for Capitol riot, (Jan. 13, 2021) Politico.) In other words, criticism of the rioters who invaded the Capitol on January 6 was bipartisan and would not necessarily reflect a political bias or motivation.

While the full story surrounding the January 6 insurrection at the U.S. Capitol has yet to be written, suffice it to say that many of our citizens, and not just those at the top of our political structure at the time, will face legal jeopardy for years to come. These events also underscore the legal impact for employees who engage in violent and unlawful activity outside of their day-to-day work.

Thomas (“Tom”) McInerney has extensive employment litigation experience in complex litigation matters, with an emphasis on class actions, multi-plaintiff cases, and trade secret and other complex business disputes. He has tried to verdict several cases in both state and federal courts, and represents clients in a wide-range of fields, including technology, financial services, insurance, construction, energy/utility, healthcare, transportation and logistics, and personal services. Tom is on the Board of Directors of the Marin County Bar Association.