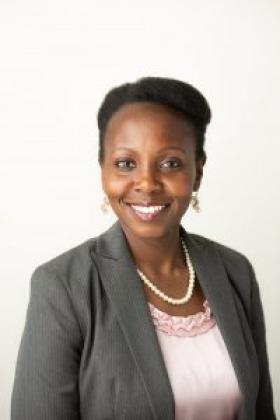 To say the least, we are living in interesting and even more accurately, historic times. The law is at the root, or at least the center, of many current events where its impacts continue to unfold day-by-day. You would have to live in a hole not to know the holding in the Supreme Court’s recent Dobbs v. Jackson World Health Organization decision. The full implications of this ruling remain to be seen but its impacts have already been dramatic. As succinctly stated by Shelly Kramer and Wanden Treanor in their article Questions About the Dobbs Decision, “In itself, Dobbs does not ban abortion, but it opens the door for states to do so.” You will not want to miss their discussion of the effects of this ruling on women and privacy rights in general.

Matthew White recaps Professor Rory Little’s annual SCOTUS update from MCBA’s July general membership meeting. Professor Little aptly titled this year’s presentation, The U.S. Supreme Court—Ruling in Unprecedented Times but joked that it could have been called Dobbs, Dobbs, Dobbs. He discussed each of the opinions in Dobbs and addressed other key SCOTUS activity such as the Court’s expansion of the Second Amendment, the role of the free exercise clause, the shadow docket, and this Court’s unprecedented approach to overturning precedent. As always, Professor Little gave an interesting and informative presentation for which we are especially grateful this time around since he graced us with his presence during his sabbatical.

But not every newsworthy event has been about Dobbs. The events of January 6th at the U.S. Capitol continue to reverberate through society and our legal system. In Legal Consequences of the January 6 Capitol Riot, Tom McInerney addresses the legal effects not just via the criminal justice system but also from an employment law perspective. As we have all watched the hearings, sometimes with our jaws dropped, and heard some big names implicated, this is an article worth reading for a perspective on the potential criminal and civil consequences for regular citizens who engaged in the riot.

Healthcare law has been another hot-button area, and Patricia Tobin addresses some positive developments in her thorough article, Medi-Cal Asset Limit Changes from $2,000 to $130,000: How This May Affect Your Middle-Class Clients. Pat not only gives a valuable primer on Medi-Cal law, she discusses how changing asset limits for eligibility for Medi-Cal benefits can be relevant to practitioners with middle class clients in many areas of the law, from estate planning to elder care, family law and even personal injury.

We are fortunate to have Judge Sheila Shah Lichtblau author this issue’s Judge’s Corner, where she provides us with a fresh perspective on the role of The Interdisciplinary Settlement Conference: Improving Outcomes for Children in Custody Disputes. She discusses the origins, workings, and success of the ISC program in custody disputes and perhaps surprisingly to practitioners in other areas, points out the key role mental health professionals play in dispute resolution.

You will also not want to miss our other regular features. Jessica Karner, President of the Board of Legal Aid of Marin, enables us to Meet Laura McMahon: A True Servant of Justice and the New Executive Director of Legal Aid of Marin. With a title like that, you definitely want to read Jessica’s captivating conversation with Laura to find out how LAM’s amazing work will continue under Laura’s leadership and hear LAM’s vision for growing and moving forward. In 2020, MCBA awarded its Lifetime Achievement Award to Gary Ragghianti. COVID had plans other than a festive dinner, but we were finally able to hold a festive celebration to honor Gary in June. Be sure not to miss the photos from this great event. Read the latest on the outstanding Canal Alliance to learn how critical immigration legal services are to improving lives in the Latino community, how its services benefit our entire community, and how you can get involved. And if you are looking for information on the many local Marin races in November’s election, look no further than Greg Brockbank’s Political Report.

A big thank-you to all our guest editors, Wanden Treanor, David Winnett, and Tom McInerney, for their hard work on this issue. Finally, it cannot be overstated that although Rob Rosborough is not at the so-called “helm” of The Marin Lawyer as he seamlessly manages his role as MCBA president, he is still very much involved in the background in putting together this magazine for our community’s benefit. Thanks, Rob!

Ann practices in the areas of workers’ compensation and public employee retirement law. She is a graduate of the University of California, Hastings College of the Law with a concentration in Civil Litigation and Dispute Resolution. She earned a dual undergraduate degree in Legal Studies and Psychology with a minor in Rhetoric from the University of California at Berkeley. While in law school, Ann clerked for United States District Judge Jeffrey S. White in the Northern District of California. Ann also served as a law clerk at the Equal Employment Opportunity Commission, the Legal Aid Society Employment Law Center’s disability rights program and LAS-ELC’s workers’ rights clinic. She also won CALI awards as the Top Student in her Trial Advocacy I class and Legal Externship Program.