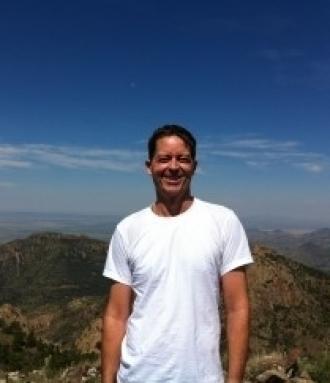 I have been thinking about constitutions more than usual lately. I wish I could say learning rather than thinking but my life and my practice do not center on constitutional law and making time to do more than my usual broadly keeping up with the term’s major U.S. Supreme Court decisions isn’t easy. But Chile’s referendum on a new constitution got me thinking even more about the nature of constitutions. They serve an array of functions, from creating (or more commonly, enshrining) a form of government, to establishing the rights and obligations of citizens and government. Any lawyer knows that even a single-subject contract of short duration has little chance of addressing every eventuality that could matter to its signatories. How does a constitution meant to last indefinitely and set forth something as fundamental and broad as the rights and obligations of citizens and government address the future? No matter how brilliantly it addresses the present, it must contain, or at least inspire, some ongoing mechanism in which citizens are willing to place their faith for defining those rights and obligations in light of the inevitable change that will come.

Two or so years ago, eighty percent of Chileans voted to draft a new constitution. The ultimate draft contained 388 articles, many of them specifying new fundamental rights of Chile’s citizens. Many of those rights were concrete entitlements rather than abstract principles. Those entitlements would be hard for anyone to object to as desirable for the citizens of any country, such as education or housing or medical care. Enshrining them as rights in a civil society raises a host of challenging questions, from the economic resources required to the allocation of those resources to defining the borders where rights collide as they inevitably do. How would the constitution’s environmental guarantees affect the resources needed for housing? Chile’s proposed constitution contained little guidance about their scope now or in the future. Such enormous uncertainty required enormous faith in whatever mechanism would be the arbiter of these rights. While many Chileans did oppose some of the rights in the proposal, over half of those who had voted to draft a new constitution ended up voting against it (voters rejected it 62 to 38%). Even for many supporters of the proposed rights, it was too much to ask to trust the uncertain future arbiters of those rights.

It is not easy writing a document of principles citizens will agree to be bound by for years to come. 19 years is an often-cited figure for the average length of life of a constitution since the French Revolution (from a study by the founders of the Comparative Constitution Project, which maintains an excellent website for researching constitutions). The U.S. Constitution is thus quite an outlier in its longevity. As much as its success is rightly attributed to the brilliance (and persistence) of the drafters and the government structure they created, another key to its longevity has been the reception of its interpretation.

Certainly compared with the rejected Chilean constitution, the U.S. Constitution mostly enumerates rights more abstractly. Its opening sentence cites purposes that could hardly be more abstract: Justice, Tranquility, and Liberty. Only towards the end of Article I, where it restricts governmental rights (no ex post facto laws, for example), does it begin to confer somewhat more concrete rights on citizens. Even the Bill of Rights defines them in broad terms, where virtually any application in a particular instance requires judging the parameters of the right. It would be roughly two decades from ratification before it was clear that it would be the judiciary that would, to paraphrase Justice Marshall, say what those rights are.

Since that time, the U.S. Supreme Court has made many decisions derided by one part of the political spectrum or another. Disagreements over approaches to interpreting the law have always been with us. I tend to be more moderate in my views as to when society is facing a historic crisis but the Supreme Court seems to be working hard to create a crisis of legitimacy that could very well lead to changes in how it operates. What has bothered me for many years is the Court’s conservative wing’s hypocrisy. Much of our era of the Court has centered on a debate about the role of the individual justice's views in decision-making. For decades, the Court’s conservatives have managed to paint the liberal wing as “activist” judges, imposing their personal views instead of “interpreting” the law. Such is the power of projection that many people are convinced this is accurate. Remember “states rights”? Conservative justices have found states to have rights far more often when it leads to a conservative outcome. The apotheosis of the hypocrisy arrived with Dobbs, where the fig leaf of originalism does not conceal but actually accentuates values-based decision-making that is so far from “interpreting” the law that the majority surpasses anything it accused the liberal wing of doing.

While readers who oppose abortion may be unlikely to agree with me, I think they should be equally disturbed by the smoke and mirrors of Dobbs. Before getting to the incoherence of originalism, it is worth noting the irony that a doctrine that purports to be a method to remove a judge’s own values and views from decision-making is itself the creation of a political movement with the express purpose of installing judges with conservative so-called “family values.” The values came first, with originalism a way of implementing them. It is the outgrowth of a political movement intent on preserving a way of life that mostly exists in nostalgic imagination.

Dobbs took originalism to a new extreme of permitting only rights rooted in historic tradition. Even if it were easy to agree on that historic tradition (see my next point), originalism simply assumes wisdom in basing rights on history. Somehow the certainty of those historical values is better than the danger of values that might not be shared by everyone besides the justices making decisions. Particularly in the case of abortion, why would we look to the wisdom and values of the same past that prohibited women from voting, allowed men to rape their wives and indeed treat them as barely one step above property? This is just as much of a values choice as considering contemporary values, which conservatives reduce to the idea that a justice will inject only her own values and be incapable of considering society’s at large. Ah….

But even looking to the past entails choices, as Justice Alito’s attempt at being a historian in Dobbs demonstrates. What part of history are we to look to? Alito dismisses the availability of abortion until the time of “quickening” when our Constitution was drafted and for several decades thereafter by essentially saying the states could have criminalized it if they had wanted to. Which means they didn’t want to, doesn’t it? (Why do justices assume they are qualified to be historians but not, for example, mathematicians? A little work at the latter would have enabled them to declare standards for partisan gerrymandering they rejected in Rucho v. Common Cause.)

Many others can offer a more learned and thorough critique of Dobbs than I (although I could go on for some time), and I am doing what I said I was reluctant to do in my July president’s message—adding yet one more critique. But in that message, I also asked what we could do about Dobbs and not just what we could say about it. I do have a few suggestions, and instead of going on for some time, I will say just a few more short things about Dobbs. One is to point out that Alito appears to be as disdainful of science as many others these days, which is distressing in a Supreme Court justice. More worrisome is that the majority is so in thrall to originalism that the actual consequences of their decision are completely irrelevant. In examining whether to overturn the precedents of Roe and Casey, the majority dismissed as speculative women’s reliance interests on those decisions and never even examined the dangers overturning them would create for women. Sadly, these dangers became immediately apparent as case after case made the news of women being denied critical medical treatment because they carried unviable but not “dead” fetuses. Finally, at least as far as criticizing Dobbs, a completely (well, maybe not completely) extra-legal speculation: Does anyone for even a moment believe that if men bore children that abortion would be illegal? Men would never put up with such an intrusion on their autonomy. For that and many other reasons, it is hard to believe that this decision is about a moral view of fetal life rather than subjugation of women.

Apparently, many women agree with me. Some people are surprised that abortion is not the partisan issue they thought it was, as many Republican districts are voting in favor of abortion rights or candidates who favor them. Voter registration post-Dobbs has skewed heavily towards women, including Republican women. Many extreme laws are taking effect and producing backlashes as legislators discover they reflect the views of a small minority of Americans. Of course, political developments favorable for abortion rights do not excuse Dobbs, which is causing a lot of suffering.

What to do? Those who favor abortion rights will likely have an easier time taking action than those more concerned with the operation of the Supreme Court. A few general ideas followed by ways to get involved with others locally:

I welcome further ideas about responding to Dobbs, as well as ideas (and opinions) about the Supreme Court and the judiciary generally, and any programs (including debates) MCBA might put on addressing these issues.
Rob Rosborough is Of Counsel to Monty White LLP. He mediates disputes where an ongoing relationship is at stake, particularly adult-family conflict such as disagreement over caring for an aging parent, and HOA disputes. He also maintains an estate planning and HOA practice. Rob teaches at USF’s Fromm Institute (conflict resolution and history of science) and helps lawyers cope with the practice of law by teaching them meditation skills as a certified iRest® meditation teacher.