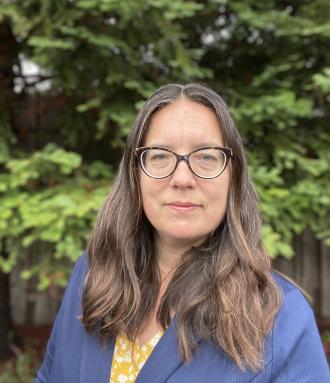 According to the United States Office of Refugee Resettlement (“ORR”), since October of last year, at least 382 children have moved to Marin from ORR shelters all over the country. These children have come to live in Marin because they have parents or other family members or guardians living in the county. This number has been steadily growing every year, up from 139 in 2014/15 and 246 in 2020/2021. While no one is sure exactly why so many more children are fleeing their homes to make the dangerous journey to the United States, it is clear why so many are settling in Marin: because their families and loved ones are already living here. Their family members are the people who build Marin’s great rooms and gazebos, who care for Marin’s children and who cook the food at Marin’s most-beloved restaurants. One other thing that is perfectly clear is that our county’s lack of free or low-cost immigration legal service providers will leave the majority of these children without the help they need.

Many of these children will qualify for legal status in the United States, a chance at a work permit, lawful permanent residence (a “green card”) and, eventually, possible U.S. citizenship. One such path is through Special Immigrant Juvenile Status (“SIJS”). This is a type of protection for children in the U.S. who have been abused, abandoned or neglected by one or both parents—a determination that must first be made by a state court, then submitted to the U.S. Department of Homeland Security to grant the SIJS petition. While the wait can be several years to obtain lawful permanent residence under SIJS, some applicants may be able to get a work permit in the meantime.

Another large number of the children who have moved to Marin from ORR shelters also likely qualify for asylum in the United States. Asylum is available to those who can demonstrate a well-founded fear of persecution in their country of origin based on their race, religion, political opinion, national origin, or membership in a particular social group. Like SIJS, asylum can lead to lawful permanent residence and eventually U.S. citizenship.

Despite these clear potential paths to lawful status for many of these children, the reality is that, without legal counsel to help them navigate our famously complex immigration laws, they will likely end up losing those opportunities. Without being able to apply for those benefits, they may enter adulthood forced into a situation all too common for Marin’s hardworking immigrant residents – working under the table for low wages.

Marin County has a notable lack of free or low-cost legal services for immigrants who are defending themselves against removal (or “deportation” as the prior law referred to it). The only non-profit organization in Marin that consistently represents those in removal proceedings free of charge is Canal Alliance, but it is limited to representing only unaccompanied minors and only a limited number. According to Managing Attorney Joana Castro Simonini, Canal Alliance currently has capacity to represent 85 unaccompanied children in removal proceedings. Those who can afford it may be able to find a private attorney who will take their cases, but it will cost them thousands of dollars, a price far out of reach for most new immigrants, most of whom arrive to this country with a large debt to pay for the cost of their travels here.

Unlike Marin, other Bay Area counties have abundant resources for people in removal proceedings. In Contra Costa, the organization Stand Together Contra Costa takes cases for those with ties to that county. Alameda, Santa Clara, and San Francisco counties are home to multiple organizations that will represent people in removal proceedings, including the public defenders’ offices, who take some removal cases for those with ties to the county.

But if you live in Marin, and you are not fortunate enough to have ties to those other counties (such as a job or a family member), you are most likely out of luck when it comes to accessing free immigration counsel. This leaves hundreds of recently arrived children, as well as many of their parents, family members, and guardians, who may also be in need of help with their immigration cases, to fend for themselves as the Department of Homeland Security’s lawyers try to remove them from this country.

While this seems at first like a perfect opportunity for those of us looking for pro bono hours, that also proves difficult. Without experience or intensive supervision, a well-meaning pro bono attorney can truly put a client’s life at risk, as well as the lives of the client’s family members. One solution may be to develop a program where an experienced immigration attorney serves as a pro bono coordinator who can provide intensive mentoring and supervision to those who are willing to help out our vulnerable and marginalized immigrant residents. Perhaps what Marin most needs is a fund to help its residents pay for the legal services they need to stay in the United States, raise their families, and continue to do the important work upon which we all rely to maintain the quality of life we enjoy in this county.

Rachael Keast has worked in the field of immigration law for over 22 years, 17 of those as an attorney. She is currently a Marin County Deputy Public Defender.