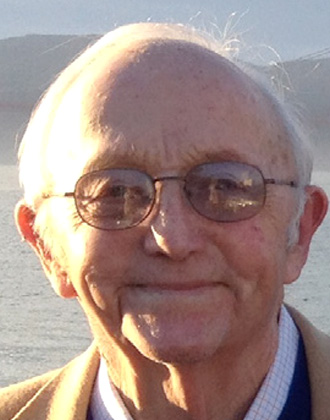 When I took office as President of the Marin County Bar Association in 1964, I was the Public Defender representing indigents who were charged with committing felonies in Marin County. This duty also included representing inmates in San Quentin prison who were accused of various crimes. At that time, I was a member of the law firm Smith,Truett, Durham and Conn. We had both a civil and criminal practice. Originally, I had been in the law firm of Haley, Thomas and Buresh.

The membership of the Bar Association at that time did not exceed 75 members, and the average attendance at our meetings was 25 members. We met monthly at local restaurants including the Travelers Inn, Elks Club and Bermuda Palms.

We did not have funds to have an office, a secretary or any hired staff. We did not have any formal social events or functions. My induction took place at one of our regular meetings. The majority of our members were engaged in the general practice of the law, practicing both civil and criminal law.

Topics usually discussed were the administration of justice, including how to better serve the courts and the public; minimum fee schedules; continuing education of the Bar; and calendaring of cases. Also discussed was the appointment of counsel in indigent misdemeanor and felony cases and juvenile cases. Our courthouse was on Fourth Street in San Rafael.

One case I tried as the Public Defender at this time was a San Quentin inmate charged with attempted escape. We came before Judge Carlos Freitas in his courtroom on the second floor when my client suddenly broke away from his guards, ran down the stairs and onto Fourth Street! While this was going on, several jurors asked the Judge in my presence if they could “Join the Sheriff’s posse.” As you can imagine, my further trial efforts defending my client were an exercise in futility.

Most of our meetings were a pleasure to attend with all the lawyers enjoying the friendship, atmosphere and seriousness of purpose.

One exception to this was the time when the Association took up the issue of the Rumford Fair Housing Act and Proposition 14. The Rumford Fair Housing Act was passed in 1963 by the California legislature to help end racial discrimination by property owners and landlords who refused to rent or sell their property to “colored” people. The legislations were drafted by William Byron Rumford, the first African American from Northern California to serve in the legislature. The Act provided that landlords could not deny people housing because of ethnicity, religion, sex, marital status, physical handicap, or familial status.

In 1964, the California Real Estate Association sponsored an initiative to counteract the effects of the Act. The initiative, numbered Proposition 14 when it was certified for the ballot, was to add an amendment to the constitution of California. This amendment would provide, in part, as follows:

Neither the State nor any subdivision or agency thereof shall deny, limit or abridge, directly or indirectly, the right of any person, who is willing or desires to sell, lease or rent any part or all of his real property, to decline to sell, lease or rent such property to such person or persons as he, in his absolute discretion, chooses.

Following much publicity the proposition gained the endorsement of many large conservative political groups, including the John Birch Society and the California Republican Assembly. As these and other groups endorsed the proposal, it became increasingly more popular. The petition to have the proposition added to the ballot garnered over one million signatures – more than twice the 480,000 signatures required. The initiative proved to be overwhelmingly popular and was passed by a 65% majority vote in the 1964 California elections.

During my term of office, I was appointed to the Marin Municipal Court by then Governor Edmund G. (Pat) Brown, for which I will always be very grateful. Subsequently, I was elected to the Superior Court. I served as an active judge on the Marin Courts for over 25 years.

I am very grateful to have served as the President of the Marin County Bar Association. I will always cherish and remember fondly this experience. The lawyers in Marin County are the greatest, the finest, and the best.