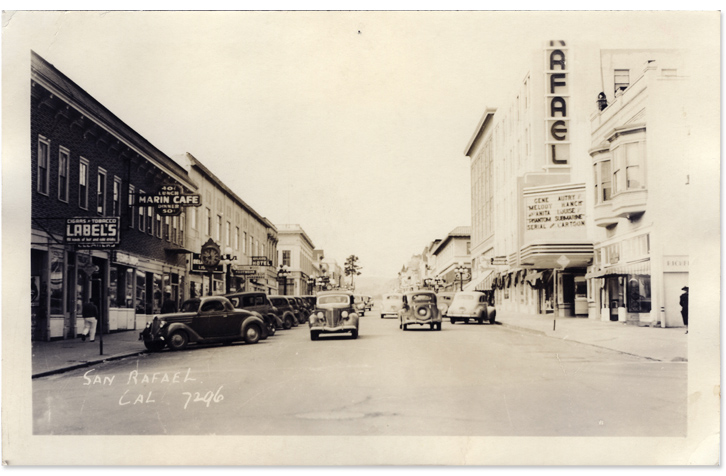 The Marin County Bar Association was informally formed in 1934, when a few lawyers began to meet in a basement restaurant of the Mt. Tamalpais Inn in San Rafael. In 1936, 35 Marin County lawyers met in the Old Courthouse on Fourth Street to discuss the endorsement of a District Attorney candidate. One lawyer pointed out that “No bar association of Marin exists; no lawyer present had paid any dues to any association in Marin County.”

These casual meetings continued until 1938 when a constitution and by-laws were drawn up and adopted. From then on, MCBA has elected officers annually, presented regular lunch meetings with speakers, and hosted an annual Board and Officers Installation Dinner.

Since WWII, Marin’s population has increased and so has the MCBA membership. MCBA continues to grow and change, much like the rest of Marin County and the Bay Area. Our membership is now over 700 members strong, and almost half are women. In addition to attorney memberships, MCBA offers membership to non-attorney legal personnel and professionals serving the legal community.

The MCBA By-Laws, most recently updated in 2015, outline that the Bar is to have 15 directors to serve a period of three years in staggered terms. These directors serve as committee chairs to set programs and policies. MCBA has twelve legal practice areas sections providing programming and CLE credits.

The following are essays written by MCBA Past Presidents.

Greetings to the current members of the MCBA. My name is Bryan River McCarthy. I was also known as “Mike.” Today’s members of the Marin County Bar Association would scarcely recognize the practice of law as it existed in the 1950’s. As with any look back at history from the present, it was a simpler time. And, a lot has changed in my 67 years of practicing law.
Read More

When I took office as President of the Marin County Bar Association in 1964, I was the Public Defender representing indigents who were charged with committing felonies in Marin County.
Read More

Forty-one years ago, at the age of 41, I entered into the only contested election in the history of the Marin County Bar Association.
Read More

I started my practice in March 1954 in San Anselmo with Wallace Myers and George Meehan. Most attorneys at that time had a broad practice. Our practice ranged from bankruptcy to Workman’s Comp, nearly every branch of law except patent law. I was given a desk, but no salary. It took several years to built up a practice and my principal income the first several years was from reading and grading bar exams.
Read More

In 1977, I became the President of the Marin County Bar Association. At that time, I was practicing with three others in a small office on Fifth Avenue in San Rafael.
Read More

I was a latecomer to the law. I was admitted to the bar at age 41. In 1968, I started practice as a volunteer for Legal Aid and used the library of Ann Diamond and David Baty whose office was next door to the Legal Aid office in the Albert Building.
Read More

I was President of the Marin County Bar Association in 1984, a symbolic year because it was also the twentieth anniversary of my practicing law in Marin County, and it was the end of a twenty-year period in which the nature of the practice of law in Marin County had changed dramatically.
Read More

In 1986, Ronald Reagan was President, George Deukmajian Governor, and we started observing Martin Luther King’s Birthday as a national holiday. The average cost of a home in Marin was $216,741.
Read More

In many respects, the MCBA Board in 1995 reflected a change of the guard in that about half of us had been in practice less than 15 years.
Read More