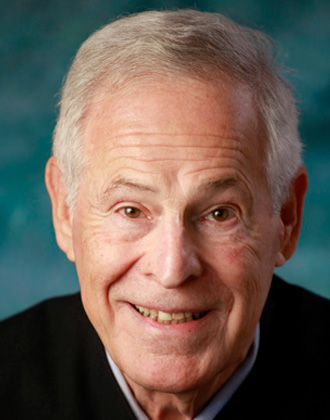 In 1977, I became the President of the Marin County Bar Association. At that time, I was practicing with three others in a small office on Fifth Avenue in San Rafael. My partners were Robert I. Conn, Robert K. Birkie and a young lawyer we referred to simply as “the kid”, Gary T. Ragghianti. Shortly thereafter, we added Art Lusse, Ralph Thomas, and Henry B. Lasky.

I had come to Marin from a position I had in San Francisco and was fortunate to be put in contact with Bob Conn who needed help and was looking for someone to join him in San Rafael. It turned out to be a life changing decision and so began a lifelong friendship with one of the best lawyers (and people) I have ever met.

My first and only law office was located at 1534 Fifth Ave in San Rafael, where Bob Conn and I practiced law together. Then Bob Birkie joined us and finally in 1971 Gary T. Ragghianti was added. I had a very busy and varied practice. I litigated civil cases and handled transactional real estate and related matters. I recall my hourly rate was $40, and I was making money! I became Bob Conn’s assistant in representing the City of Tiburon and later I was appointed the City Attorney in Belvedere. I also provided legal services to the cities of San Rafael, Mill Valley, and Ross, as well as to the Novato Fire Fighters Union and the Sausalito Police Officer’s Association. Our firm was called Conn, Breiner, Birkie and Ragghianti and the years we spent together form some of my best memories of my years practicing law.

The Courthouse where we practiced is gone, replaced by an office building at 1000 4th St. The Courthouse Creamery, where we frequently ate breakfast and lunch, was directly across the street. It had a doughnut-making machine in the front window. The doughnuts were good and cheap, and we all ate more than our share. There was a restaurant called Travelers Inn down on Third Street (now a vacant lot). I must have eaten there a thousand times over the years, usually with Bob and Gary. On the way, I trolled the streets searching for parking meters with time left on them, to the delight of my frugal partners.

The County’s first law library was a godsend to me during my first 10 years of practice. Two of the lawyers I first began to practice with (the late Jerry Durham and Hal Truett) did not believe in spending money on law books, so we had only a minimal library in our 5th Street office: CEB books and no California Reports (except the advance sheets, which were hole-punched and tied together with string and had a different pagination from the bound volumes, which we didn’t have). I would have to go to the law library to Shepardize the advance sheets to get the proper pagination so that I could properly cite the cases in my briefs and so that I could do basic legal research. The law library was located in the rear of the second floor of the old courthouse downtown and was supervised by Joe Henneberry, a deputy county clerk whose primary job was as Judge Joe Wilson’s courtroom clerk. I acquired a key to the old courthouse and a key to the law library, and I spent many midnights and weekends working at the law library. Fortunately, the Courthouse Creamery across the street was closed during my research hours, so I was able to avoid eating their donuts for a while.

Marin changed dramatically over the years I practiced law between 1965 and 1977. The courts (Municipal Court and a Superior Court) moved to the new Civic Center in December 1969 and the old courthouse remained shuttered until it burned to the ground in 1970. In August 1970, a tragic shootout occurred, killing one of our then sitting Judges, Harold Haley, and seriously injuring then Assistant District Attorney Gary W. Thomas. In October, 1970, a bomb placed in a lavatory on the Court floor exploded and blew out the wall of an adjacent courtroom. Fortunately, that happened at 2:50 a.m., and no one was injured. Ironically, that became my courtroom seven years later.

When these events occurred, there was little to no security at the courthouse. There were neither metal detectors nor bag searches and anyone knowing where the judges’ chambers were located could simply walk back unescorted and through what is now a restricted corridor. To give you some idea of how relaxed our security was at the old courthouse in the late 1960’s, prisoners brought to the courthouse for trial were simply chained and kept in the hallway outside the courtroom while they waited to testify. Marin’s practices changed as did all other public building security operations after these horrific events. Our days of innocence were sadly over forever.

The Bar was small in these years and everyone knew everyone else. The Bar Board used to meet at what was called West End Villa (now Arrivederci) in a small room. I recall our lunches cost $5.25.

I became involved in the Bar early and worked my way through the chairs, becoming president in 1977. I only served half a year when I was appointed to the Superior Court bench by then and now Governor Jerry Brown. I was delighted to get the appointment. I enjoyed my 20 years on the Bench. The late Len Bjorklund served the balance of my term and then his own year-long term, thus becoming the longest serving president in the Bar’s history. When I left the Bar presidency, we had approximately 560 members.

When I was sworn in as a Judge, there were two trial courts, Municipal and Superior. I joined Henry J. Broderick, Joseph G. Wilson, Charles Reed Best, E. Warren McGuire, and David Menary, Jr. on the Superior Court. Our Municipal Court was comprised of Peter Allen Smith, David Baty, Robert Smallman, and Gary W. Thomas. The Superior Court was fortunate to have the retired California Supreme Court Justice, Louis H. Burke, volunteer to sit and hear cases for many years.

As I look back at my career over five decades here in Marin both as a lawyer and a judge, I remember those years with great fondness.

I wish to thank Randy Wallace for providing me the chance to reminisce about my career and my service with the Bar Association.